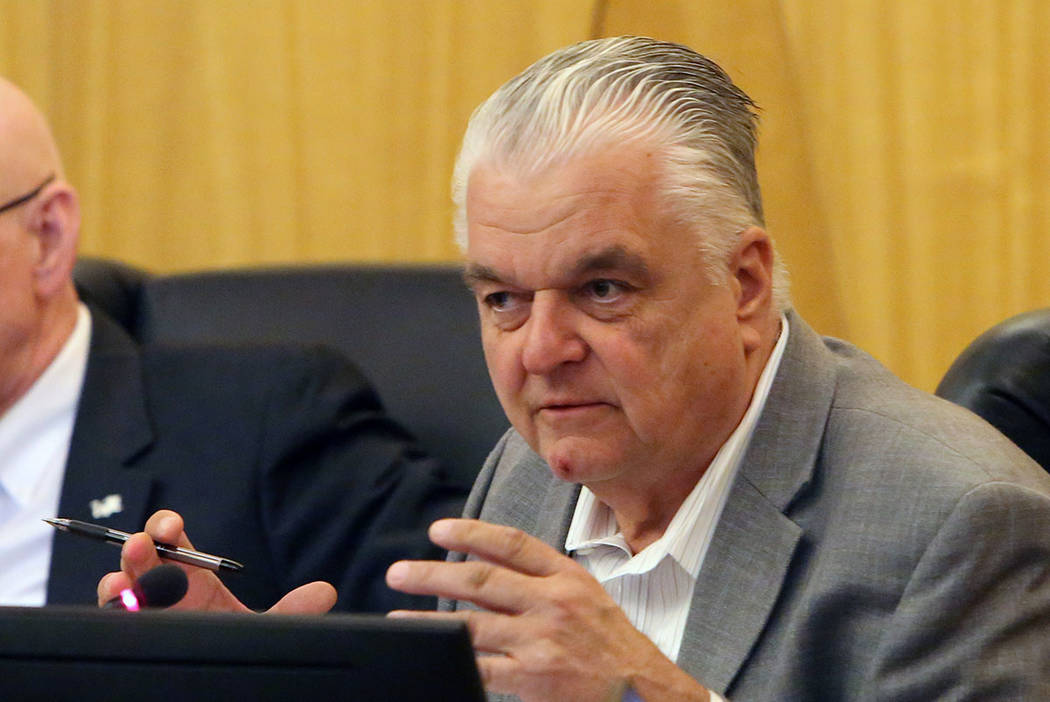 Steve Sisolak does not want Nevadans to see the latest attack that the state teachers union has launched against him.

Attorneys representing the Sisolak campaign sent a letter last week demanding that television stations across the state immediately stop airing an ad launched by the political arm of the Nevada State Education Association. Airing “misleading advertising” could lead to “the loss of a station’s license,” according to the letter filed in Federal Communications Commission records for Reno TV stations KRNV and KRXI, both of which are owned by Sinclair Broadcast Group.

“This advertisement is false, misleading, and deceptive. It attributes statements that are damaging to Mr. Sisolak’s reputation to third party news sources that, in fact, never made the statements,” wrote the attorneys for Perkins Coie, a Washington D.C.-based firm often used by the national Democratic Party. “It is your responsibility to stop groups from using your airwaves to engage in this blatant deception. We demand that you immediately cease airing this advertisement on your station.”

‘It’s like voters just get tired of that, it’s why voters are somewhat turned off by politics,” Herzik said. “I don’t think they have much effect at all, and I think they could even have a negative effect on the candidate.”

“Clearly, the Sisolak campaign is concerned that the spot is effective,” Daly said.

The ad features woman who sees a Sisolak campaign ad on TV and looks him up on the internet. Various headlines appear, including “Sisolak Killed New Funding for Schools” and “Steve Sisolak Voted for Development Near Red Rock After Taking Campaign Cash,” with each including the logos of news outlets.

The one about school funding was credited to a KTNV Channel 13 story dated Oct. 6, 2016, which detailed how Sisolak was key in preventing additional room tax levies to fund education as part of the Raiders Stadium tax deal. Sisolak was quoted in the article as saying “I voiced concerns to the governor and the (gaming) industry about Clark County subsidizing the entire state.”

The other ad is credited to a Feb. 22, 2017, Las Vegas Sun story about the Clark County Commission voting 5-2 to allow a developer to build 5,000 homes near Red Rock National Conservation Area. The “taking campaign cash” part of the ad is in reference to Sisolak receiving $10,000 in campaign donations from Harmony Homes Inc. in 2015.

The attorneys said the headlines shown in the ads are misleading because they are not the headlines used by the actual news outlets.

But Sue Matuska, an attorney from the firm Dyer Lawrence LLP representing the NSEA’s political arm, countered in a response letter that the headlines and text in the ad are directly from the union’s website while the logos of the news outlets were used to indicate where the information came from.

“Neither the advertisement nor the headlines contained in it, therefore, are false, misleading, or deceptive,” Matuska wrote.

Sinclair Executive Vice President and General Counsel Barry Faber emailed the stations Wednesday to reiterate that they can continue to run the ad.

Early voting for Nevada’s primary election begins May 26, and election day is June 12.