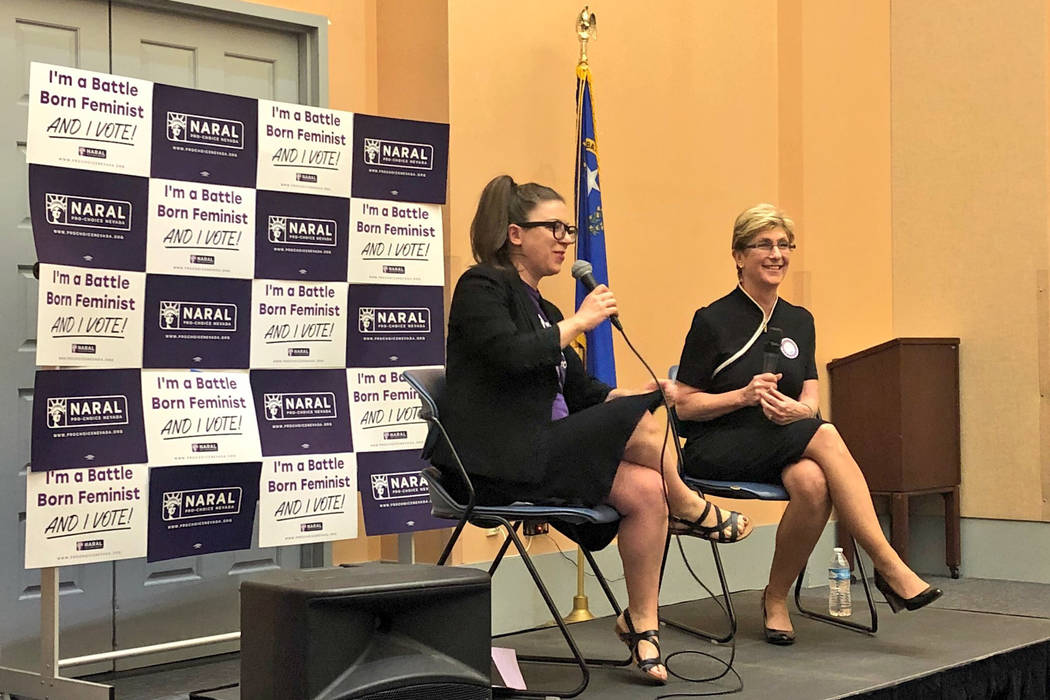 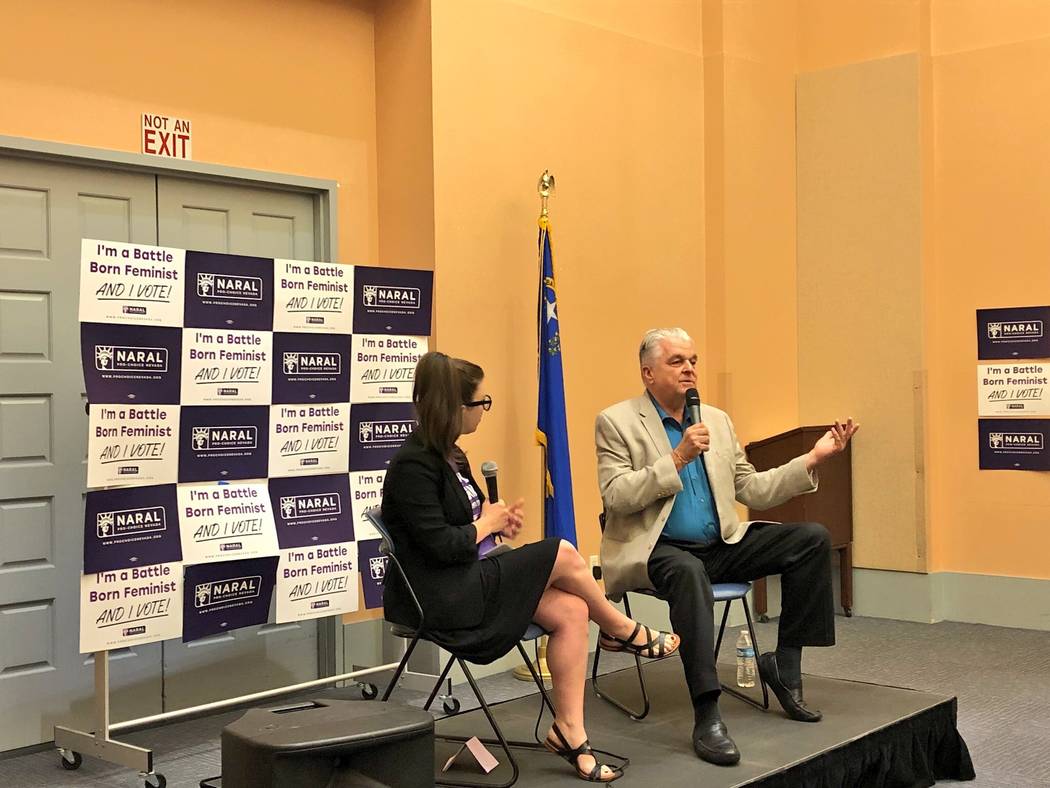 Roberson told the candidates that abortion rights are “on paper only” for Nevadans who don’t have an abortion provider near them or the funds to pay for the procedure. She asked the two governor hopefuls what they’d do to ensure that reproductive rights are extended to everyone — regardless of income or location.

When asked whether they support any restrictions on abortions, both candidates said no.

The candidates also were asked about paid family leave.

Roberson said working parents in 69 percent of Nevada households with kids — more than 440,000 homes — do not have access to paid leave or paid sick time. She asked the candidates if they support paid family leave.

Both candidates said yes. Giunchigliani said those rights should be offered to workers in both the public and private sectors. She proposed including paid leave in collective bargaining agreements.

Sisolak and Giunchigliani were asked if they’d call on Laxalt to denounce Antinoro, and how they would root out “sexual harassers” from serving in public office.

“(Laxalt) shouldn’t be accepting his endorsement and supporting him — period,” Giunchigliani said. “More importantly, you have a responsibility as the chief enforcement officer to do something about it. Adam Laxalt should’ve automatically denounced him and he should be prosecuted.”

Sisolak said he condemns Laxalt for not denouncing the sheriff. “Then again, he didn’t denounce Steve Wynn — which I think he should have done,” Sisolak told the crowd of about 100 at the forum held at the Clark County Library.

Laxalt campaign spokesman Andy Matthews could not immediately be reached Thursday. He declined to answer questions earlier in the day about why Laxalt didn’t attend the forum.

The candidates also tackled questions about sex education. They were asked whether they support “comprehensive, age-appropriate sex education” in all schools.

Both Sisolak and Giunchigliani said they support sex education in schools, but it should include an opt-out option for parents who want to exclude their children.

“I don’t think kids should learn about sex education on a playground or from their friends,” Sisolak said.

Giunchigliani, a special education middle school teacher, agreed. “With no disrespect, abstinence only does not work,” she said. “Sex ed is absolutely imperative for the well-being and health of the child.”

Sisolak clarified his position on gun control, saying his views have evolved and he now supports banning bump stocks, silencers and assault weapons.

Debbi McCarty, a small-business owner who’s lived in Nevada for 30 years, asked the candidates how they would improve mental health care services. Her son, who’s in his early 40s, suffers from severe mental illness.

“They put him in the hospital for 24 hours, give him a pill and release him saying he’s cured,” McCarty said after the forum. “He’s going to hurt someone.”

Sisolak said mental health care should be covered by insurance companies while Giunchigliani said she’d focus on ensuring people who suffer from mental illness have transitional homes while they get better.