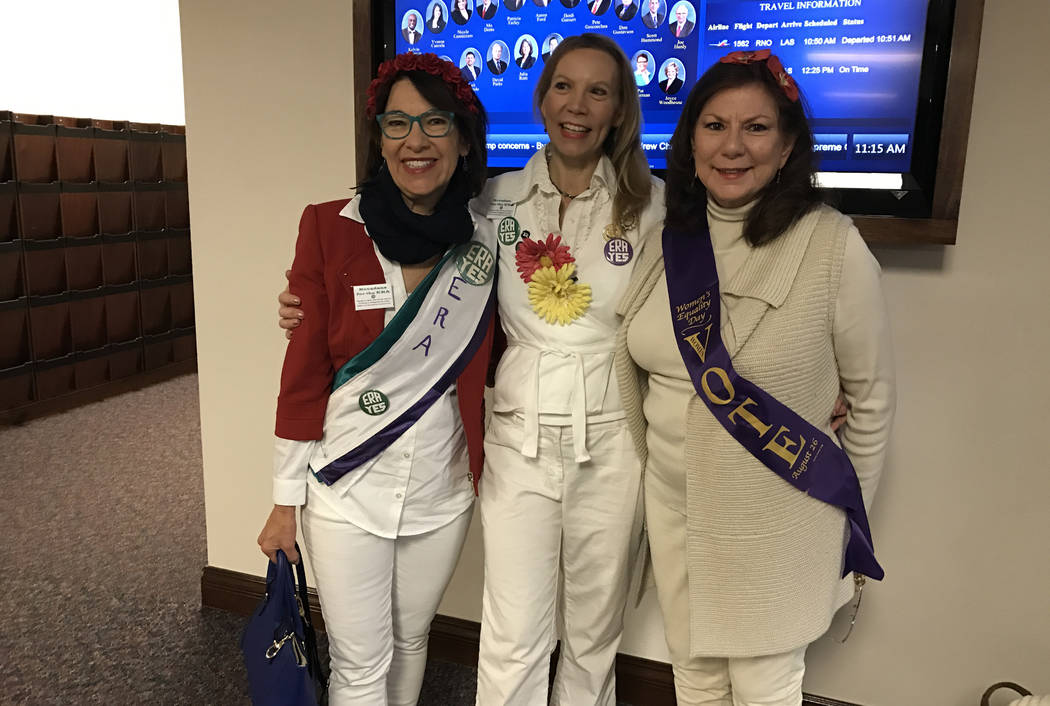 CARSON CITY — The Nevada Senate on Wednesday put an exclamation point on the state’s ratification of the Equal Rights Amendment, 45 years to the day after it was passed by Congress and sent to states.

The Senate on a voice vote concurred with minor adjustments made by the Assembly, making Nevada the 36th state to ratify the amendment that seeks equal rights for women under the U.S. Constitution.

Senate Joint Resolution 2 passed the Senate and Assembly on largely party-line votes, with Sen. Heidi Gansert and Assemblywoman Jill Tolles, both Reno Republicans, joining Democrats to approve it. It now goes to Congress.

Speaking on the Senate floor, Sen. Joe Hardy, R-Boulder City, reiterated his opposition. Hardy said he believes in equality, but the differences between men and women cannot be legislated. He spoke of his mother, his wife, his daughters and granddaughters.

“I cannot pretend to think by legislation I can become equal to them,” said Hardy, a physician and member of the Jesus Christ of Latter-day Saints.

Sen. Pat Spearman, a North Las Vegas Democrat who pushed the resolution this session, said the issue is about equality under the law.

“Let me be clear once again, this bill is about equality, period.”

Cheers erupted in the Senate chambers after the voice vote. Many visitors in the gallery and seated with senators on the floor wore sashes and ERA buttons to commemorate the decades-long effort.

The Nevada Legislature rejected the amendments three times in the 1970s. In 1978, it was put to voters as an advisory question and defeated by a 2-1 margin. Later attempts to revive it in the Legislature failed.

It takes ratification by 38 states to amend the U.S. Constitution. Though a 1982 deadline was initially imposed, the decision would be up to Congress should 38 states approve the language.