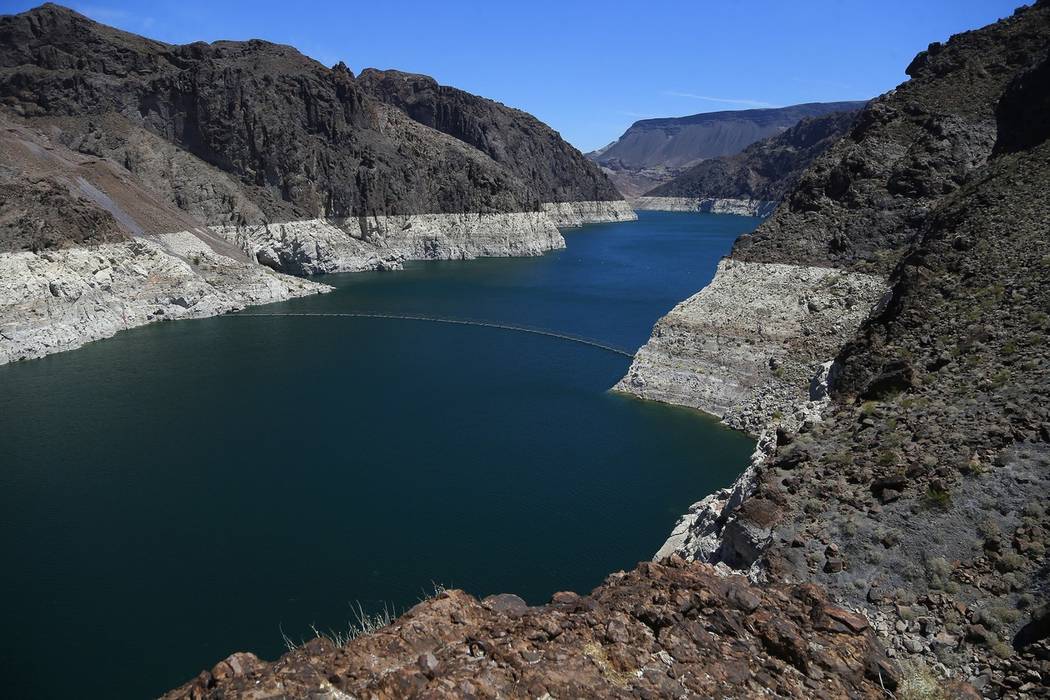 The low level of the water line is shown on the banks of the Colorado River in Hoover Dam, Ariz., in May 2018. (AP Photo/Ross D. Franklin) 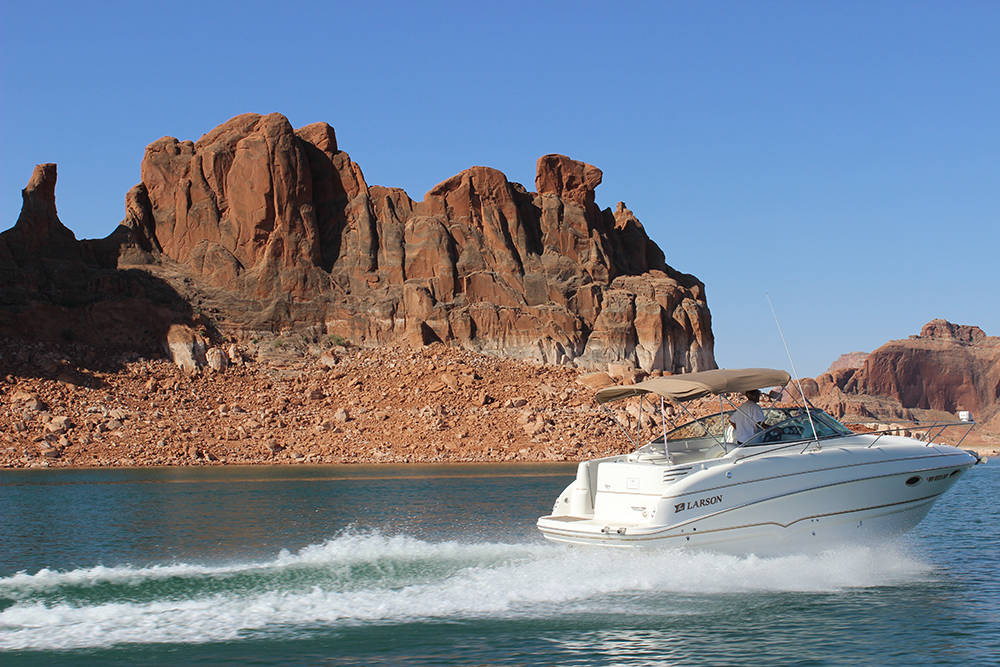 In the race to save the Colorado River from disaster, Nevada just took the first leap into the pool.

In a 6-0 vote Thursday, the Southern Nevada Water Authority board officially signed onto its portions of an interstate agreement aimed at keeping more water in the shrinking river system through voluntary cuts.

The so-called Colorado River Drought Contingency Plan seeks to protect critical water levels in lakes Mead and Powell while giving the states that share the river more flexibility to store and use water in dry years to come.

Nevada became the first of the seven river states to ratify the agreement with the approvals granted this week by the water authority board and the Colorado River Commission of Nevada.

“It is a huge step in restoring equilibrium to the system,” said authority General Manager John Entsminger. “We’re going first.”

But the groundbreaking deal is far from finished.

California and Arizona still need to work out internal disputes over how to divvy up the cuts among water users in those states.

The talks have been particularly thorny in Arizona, where as late as Thursday, one of the major players, the Central Arizona Project, approved a new proposal of its own for how to absorb the cuts associated with the contingency plan.

Arizona Gov. Doug Ducey expressed frustration with the negotiations in an op-ed published Tuesday in the Arizona Capitol Times.

He wrote that stakeholder demands for money and replacement water to offset the cuts had grown to “insurmountable proportions,” while “some recent proposals are so short-sighted and unsustainable that it requires me to remind all participants why we began this process in the first place.”

The why is easy to see from the shore of Lake Mead, where a white bathtub ring marks the reservoir’s 130 foot drop since drought began diminishing the overtaxed river almost 20 years ago.

Under the drought contingency plan, water users in Nevada, Arizona and eventually California would make an escalating series of cuts to their river allotments to keep the water level in Lake Mead from crashing.

The first round of cuts call for Nevada to leave 8,000 of its 300,000 acre-foot annual allotment in Lake Mead and for Arizona to forgo 192,000 of its 2.8 million acre-foot allotment. California wouldn’t take any cuts at first but would eventually reduce its 4.4 million acre-foot river allocation by 200,000 acre-feet should the surface of Lake Mead drop another 35 feet from where it is now.

One acre-foot is enough to supply two average homes for just over one year.

Entsminger said valley residents have already conserved more than enough water to absorb any of the voluntary or mandatory cuts expected in the near future.

“It’s well within our pain tolerance,” he told board members Thursday. “We’ve been planning for this for 20 years.”

In addition to protecting the water level in Lake Mead, Entsminger said, the new plan would dramatically increase the amount of water Nevada is allowed to “bank” in the reservoir and free the state to make withdrawals from that bank even when the river is in shortage — something he described as “a major tool in our chest.”

The plan also would trigger the provisions of an earlier deal with Mexico, under which that nation could store more water in Lake Mead while shouldering an equal share of cuts in river water usage. 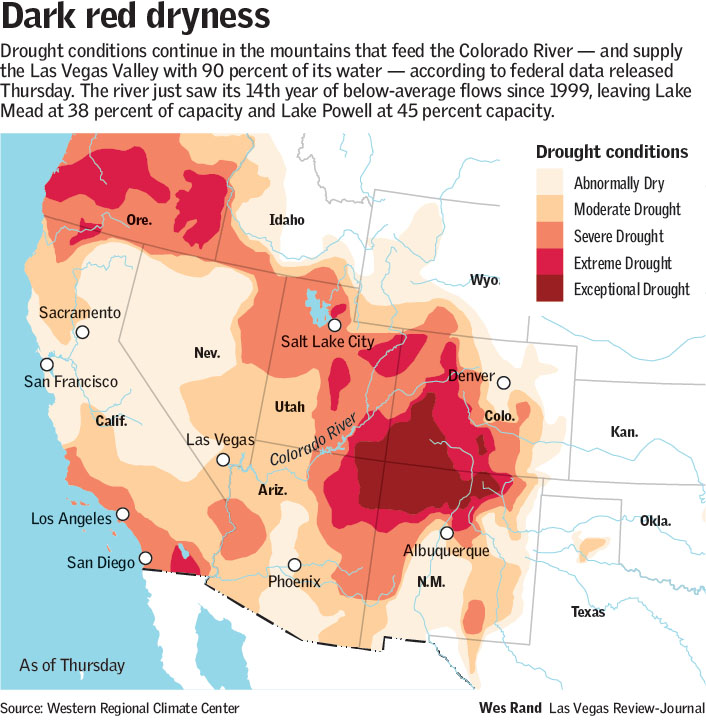 Meanwhile in the river’s upper basin, Colorado, New Mexico, Utah and Wyoming are closing in on their portion of the contingency plan, which seeks to keep enough water in Lake Powell to protect hydro-power generation at Glen Canyon Dam and allow that reservoir to be used as a bank for conservation savings made upstream.

After Thursday’s vote, Entsminger said he thinks the talks among the upper basin states are “in pretty good shape,” and California seems close to signing on as well.

He declined to speculate on whether Arizona will be able to get the job done.

“Our entire focus right now is getting the agreement across finish line in all seven states,” he said.

If one or more states can’t find a way to sign onto the plan, those that do will have to explore other options, whatever those may be, Entsminger said.