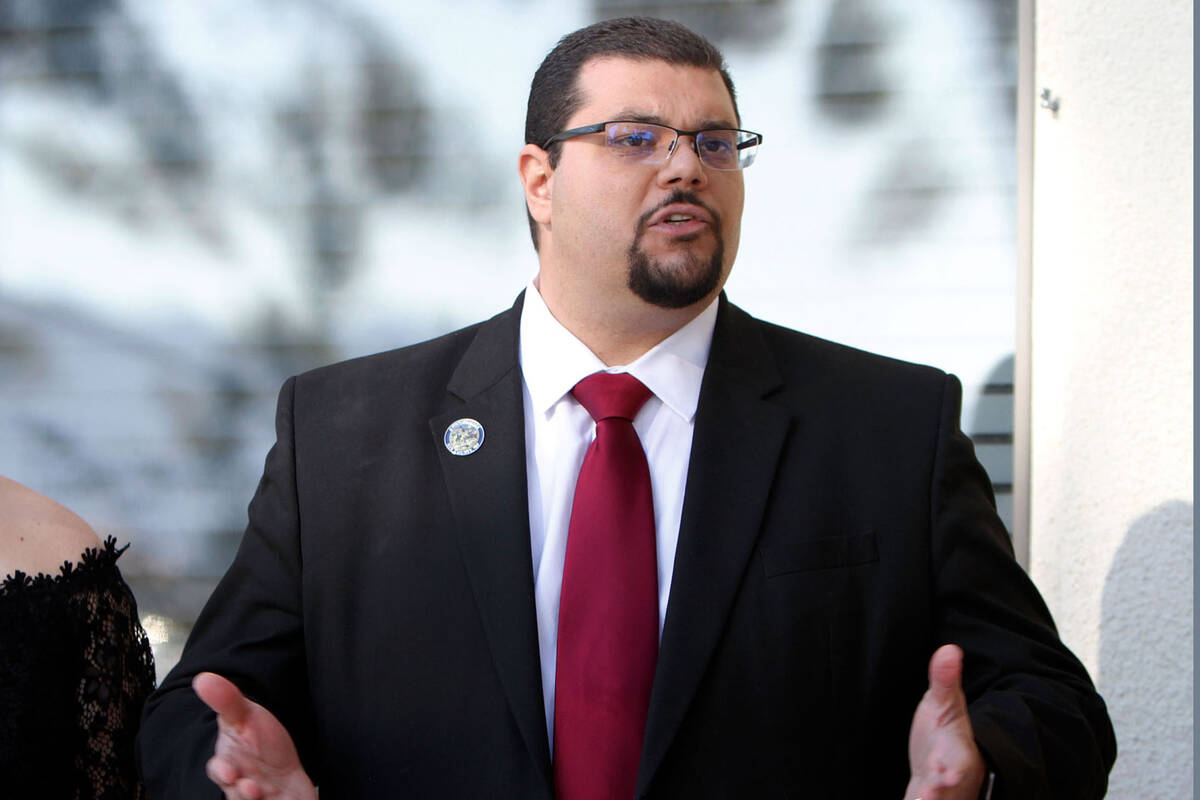 Deputies responded to Blundo’s home in Pahrump on March 28 after Blundo called to report a domestic disturbance before disconnecting with a dispatcher, the Sheriff’s Office said in video statement Friday.

A woman accused Blundo of physically attacking her, according to the statement. Deputies took a report for domestic battery, and that report has been submitted to the Nye County district attorney’s office for prosecution of a domestic battery charge.

The Sheriff’s Office said that no further information would be released at this time. The office declined to release the police report for the case.

Blundo declined to comment Friday and referred questions to his campaign staff.

“Commissioner Blundo denies all false allegations and asks for privacy as he and his wife decide how to best move forward in their marriage,” Blundo campaign consultant Rory McShane said in an email.

Blundo, who is running for re-election to the commission this year, was arrested in 2020 on charges of misconduct of a public officer stemming from allegations that he illegally and unethically voted on coronavirus-related relief funding that benefited Blundo’s restaurant. The Nevada attorney general’s office declined to move forward with charges after the Nye County district attorney’s office had referred the case.