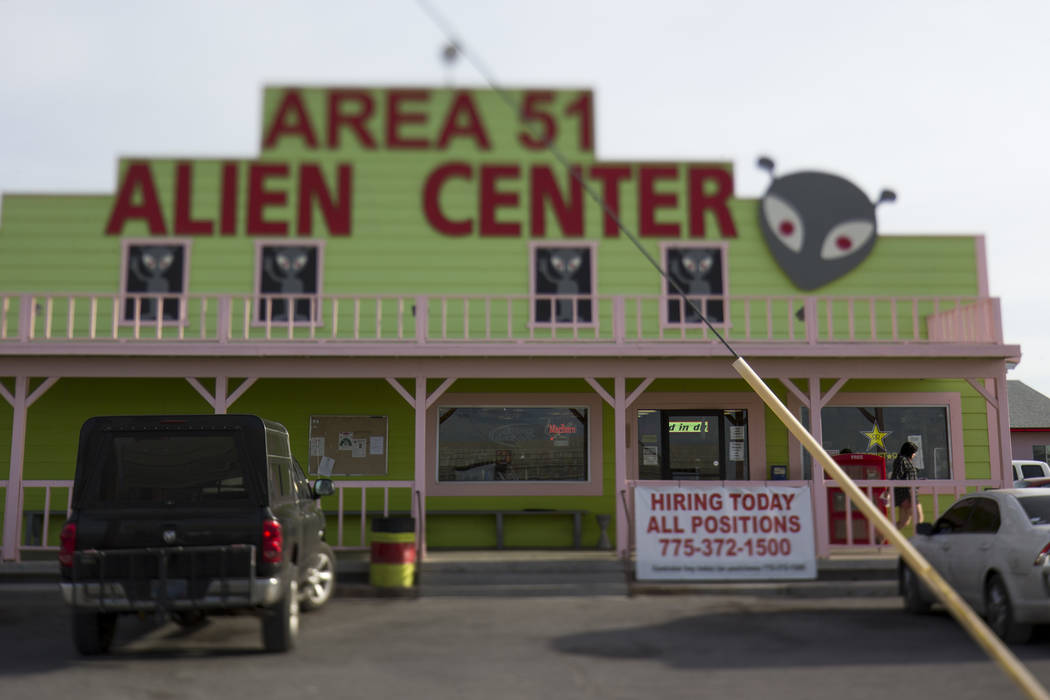 Roughly 1.1 million people have signed up to attend a planned run on Area 51 in Nevada in September on a tongue-and-cheek Facebook post dubbed "Storm Area 51, They Can't Stop All of Us." The event has a planned rendezvous at the Area 51 Alien Center. Richard Brian/Las Vegas Review-Journal 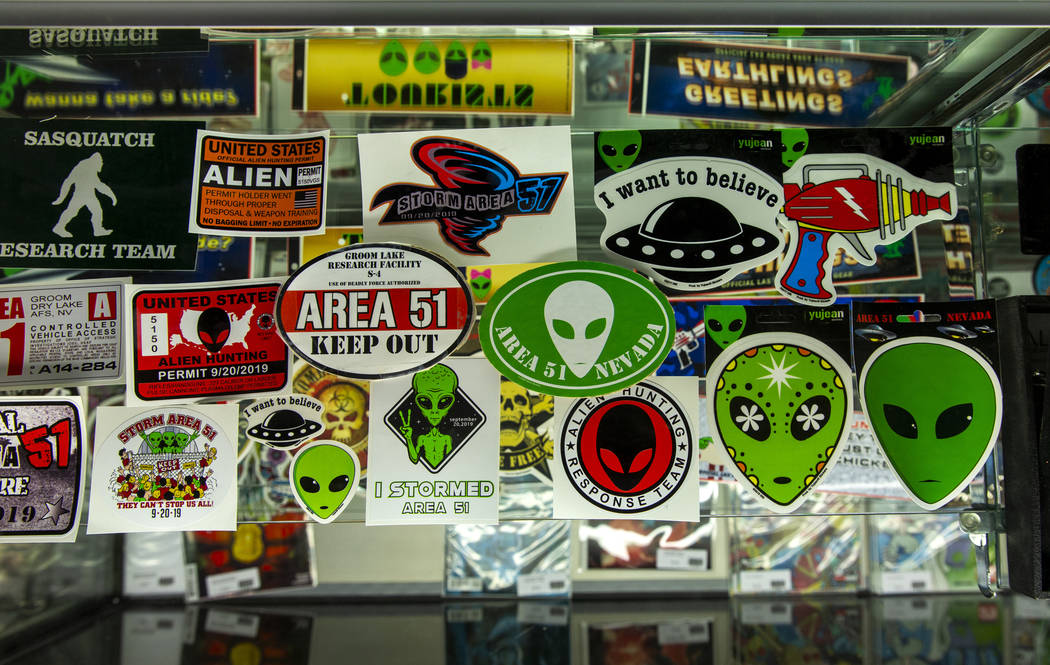 Nye County will make an emergency declaration Thursday ahead of the planned “Storm Area 51” event next month.

County commissioners pre-signed the declaration at their meeting Wednesday in Tonopah with a 4-0 vote, allowing for an expedited process if an emergency develops over the three-day event, which starts Sept. 19.

A county spokesman later said the commissioners would move ahead with the declaration Thursday morning.

If the county waited to declare an emergency until it needed possible assistance, it would have to hold a special meeting or wait until the next scheduled board meeting to do so.

“We believe this is a prudent procedure to undertake as it gives us the ability in the event of a true disaster that is overwhelming our system to simply execute a preparedness piece,” said Scott Lewis, Pahrump Valley Fire captain and Nye County emergency manager, at Wednesday’s meeting.

The county is being briefed almost daily on the event by law enforcement and state officials, Lewis said. With uncertainty surrounding the planned weekend, which could see events pop up in both Nye and Lincoln counties, being prepared for whatever does occur is the goal.

“I wish I could have a crystal ball to tell you if any of it is going to be accurate. It remains speculative,” he said. “The information that we’re receiving in piecemeal suggests that quite frankly we could have overwhelming population surges in various parts of the county, and that is what we’re preparing for.”

Lewis said they are prepping to manage both what could happen with the possible events and their normal day-to-day calls that will occur as well.

“Our biggest concern is to have an incident within the event that would require all resources to manage that particular piece, whatever that might be, whether it’s significant fires, motor vehicle accidents or any other type of mass casualty incident,” Lewis said.

The declared state of emergency within Nye County would allow the board to enforce certain restrictions if it deems it necessary to maintain the peace and protect the public order and enforce certain measures to keep order.

“It gives the county the ability to reach out to the state for additional support during the days of the proposed Storm Area 51 event if necessary,” said Arnold Knightly, Nye County spokesman. “Right now, there are too many unknowns to project what the county may or may not have to do during that time frame. We are working with our state partners to have a plan in place for any contingency that may happen that could impact the health and safety of county residents and visitors.”

Trevor Dolby of the Amargosa Town Board thanked the county for approving the measure because, he said, the small town was not prepared to make such a move.

“The town of Amargosa does not have a police force, does not have a road department, and we don’t have a code or ordinance like yours for dealing with this,” Dolby said.

The Nye County Commission, the county manager or the sheriff, acting as assistant director of emergency services, can enact the emergency orders if needed.

The emergency orders that could be enacted include:

* Barricading streets and roads to restrict vehicle or pedestrian traffic.

* Prohibiting the sale of gasoline or any other flammable or combustible products.

* Prohibiting the sale of alcohol.

The declaration also allows the county to enter into contracts with the state to prepare, respond to and recover from an emergency situation if one arises.

Nye County is the second county to pre-sign an emergency declaration tied to the “Storm Area 51” phenomenon, as Lincoln County approved a similar move earlier this month.

Although Nye County officials denied an event permit to the promoters behind the proposed “Peacestock 51” event, which was slated to occur in Amargosa Valley, the county could still see an influx of people, as the original meeting point for the initial “Storm Area 51” event was the Area 51 Alien Center located there.

Lincoln County has two events planned, Alienstock in Rachel and the Area 51 Basecamp at the Alien Research Center in Hiko.

The larger of the possible crowds is expected to populate Lincoln County with the two events approved at a Lincoln County Commission board meeting this month.

Officials are expecting up to 20,000 people to converge on rural Lincoln County for the three-day event. Hotels in the area have sold out, and areas for camping and RVs are being set up.

With the possible gathering of people in Nye County, local law enforcement hopes the crowd stays away from the area, but preparations are going forward as if people will show up.

“It’s our advice for people not to come,” said Lt. David Boruchowitz of the Nye County Sheriff’s Office. “We’re hopeful people will heed the law and this will not be an issue. But the information we’re getting is that we likely could have a problem.”

For those who make the trek to Nye County, Commission Chairman Jon Koenig warned that resources are scarce in the rural county and urged them to plan accordingly.

“There will be no cell service. The cell towers are not equipped for a whole bunch of people to be here,” Koenig said. “There will probably be no water or ice available because everything will sell out. There will be no gas left in the gas stations. No food and nowhere to go potty. If you’re coming, be prepared because it’s not going to be nice.” 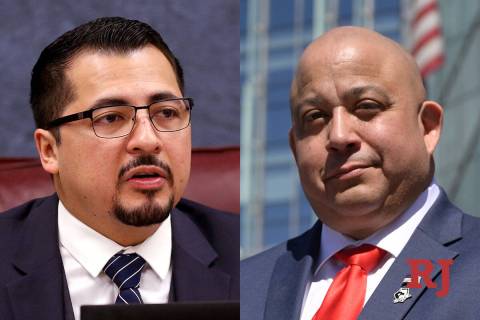 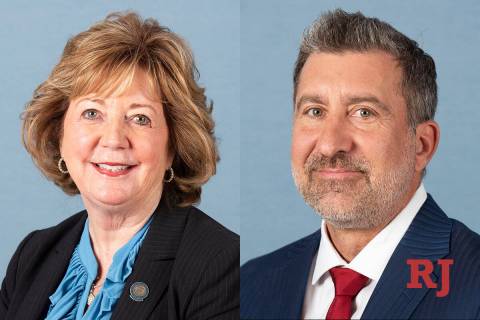 State Sen. Marilyn Dondero Loop is facing a challenge from gaming executive Joey Paulos in her bid for re-election to Senate District 8. 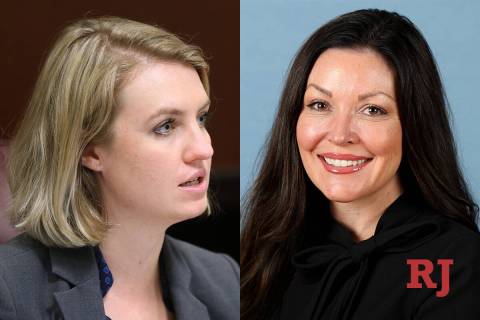 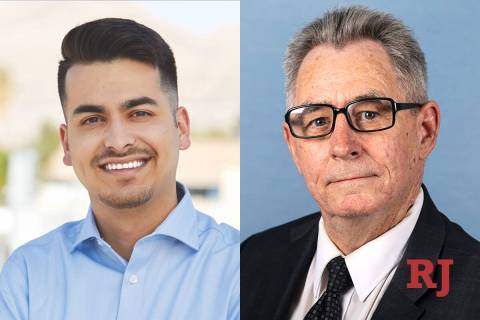 State Sen. Fabian Donate, appointed in February 2021, is contending against two challengers on the November ballot. 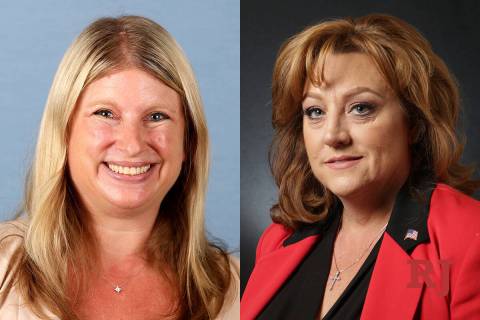 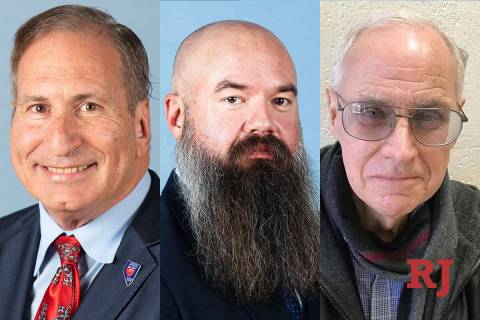 Republican Jeff Stone, Libertarian Brandon Mills and Democrat Brent Foutz are running for the seat, which covers the southeast and northeast edges of the Las Vegas valley. 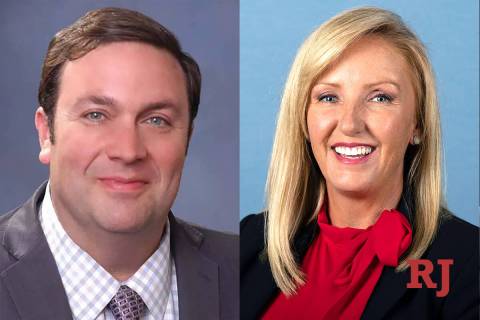 April Larsen is running for state Senate District 21, challenging incumbent James Ohrenschall who is running as the Democratic incumbent. 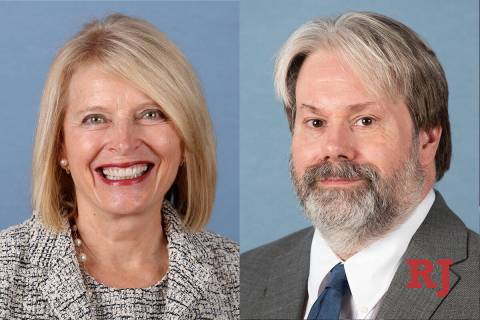 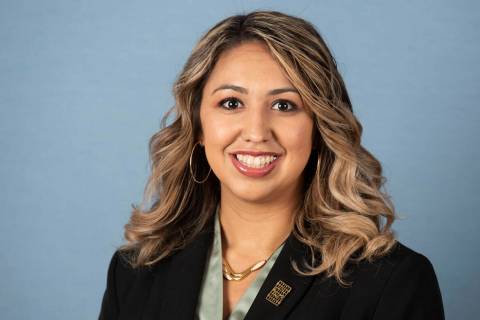 Democrat Selena Torres is running for re-election in Assembly District 3 against with Republican Joshua Lemack. 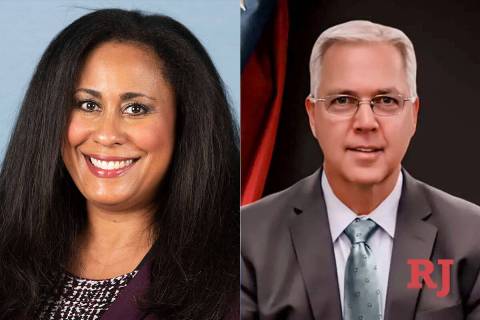