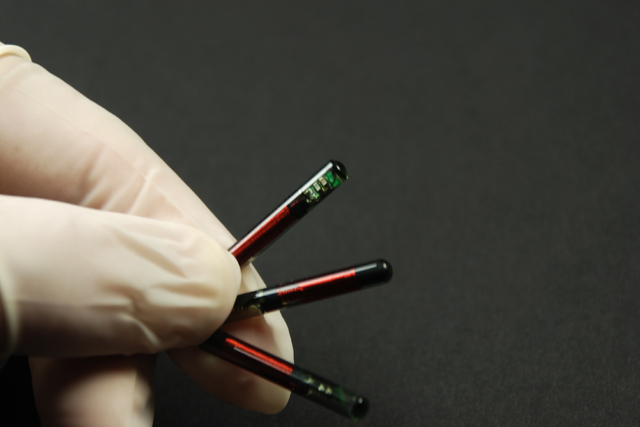 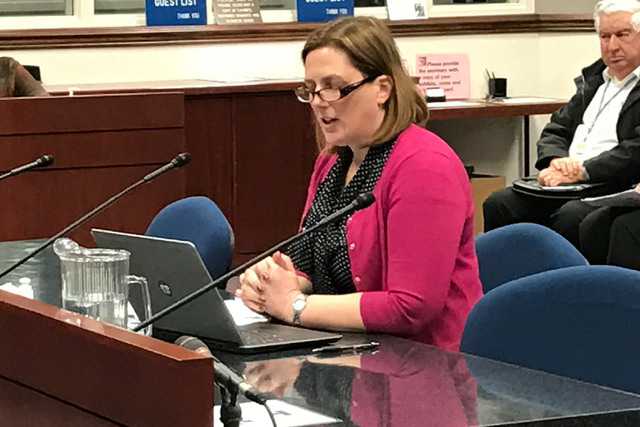 CARSON CITY — State Sen. Becky Harris said a bill to prohibit forced microchipping of people is not as far-fetched as it might seem, because it happens in some places around the world.

Senate Bill 109 would make it a Class C felony to require someone to be implanted with a radio frequency identifier, such as microchips placed in pets.

The idea for the bill came from a constituent, the Las Vegas Republican said.

“As I began to look into the issue, I was surprised with the merit that I believe the issue warrants,” Harris told the Senate Judiciary Committee on Monday.

She said sales of radio frequency identifiers are escalating around the world, and a company in Australia as of June 2016 sold more than 10,000 implantable chips with do-it-yourself kits.

“Each kit costs about $100 and includes a tag and an injection tool,” Harris said.

The Wall Street Journal has reported an estimated 30,000 to 50,000 chips have been sold globally, she said.

Harris said the technology is used by companies in Belgium and Sweden to identify employees.

“It’s done under the idea to unlock doors or use copy machines or maybe pay for lunch, you could use your hand,” she said.

Besides privacy concerns, Harris said the concept raises ethical questions, such as who owns the chip or the information contained on it, and how does someone get “de-chipped” if they are no longer employed by the company that required it. She also wondered if a chip could be hacked to harass or stalk someone.

Harris said the Nevada bill is modeled after legislation passed by at least 10 other states.

“It wouldn’t prohibit the voluntary decision of a person to be microchipped,” she said, adding that a nightclub in Europe offers microchipping to customers so the establishment can provide tailored service.

There was no total opposition to the bill, though some witnesses said the technology could help patients with dementia.

“Some Alzheimer’s patients wander away,” said Jonathan Friedrich of Las Vegas, adding the technology could be used to help find them quickly.

State Sen. Don Gustavson questioned whether military pilots are microchipped so rescuers can find them if aircraft crash or are shot down.

Harris said she would check with military officials.

No action was taken on the bill by the committee.