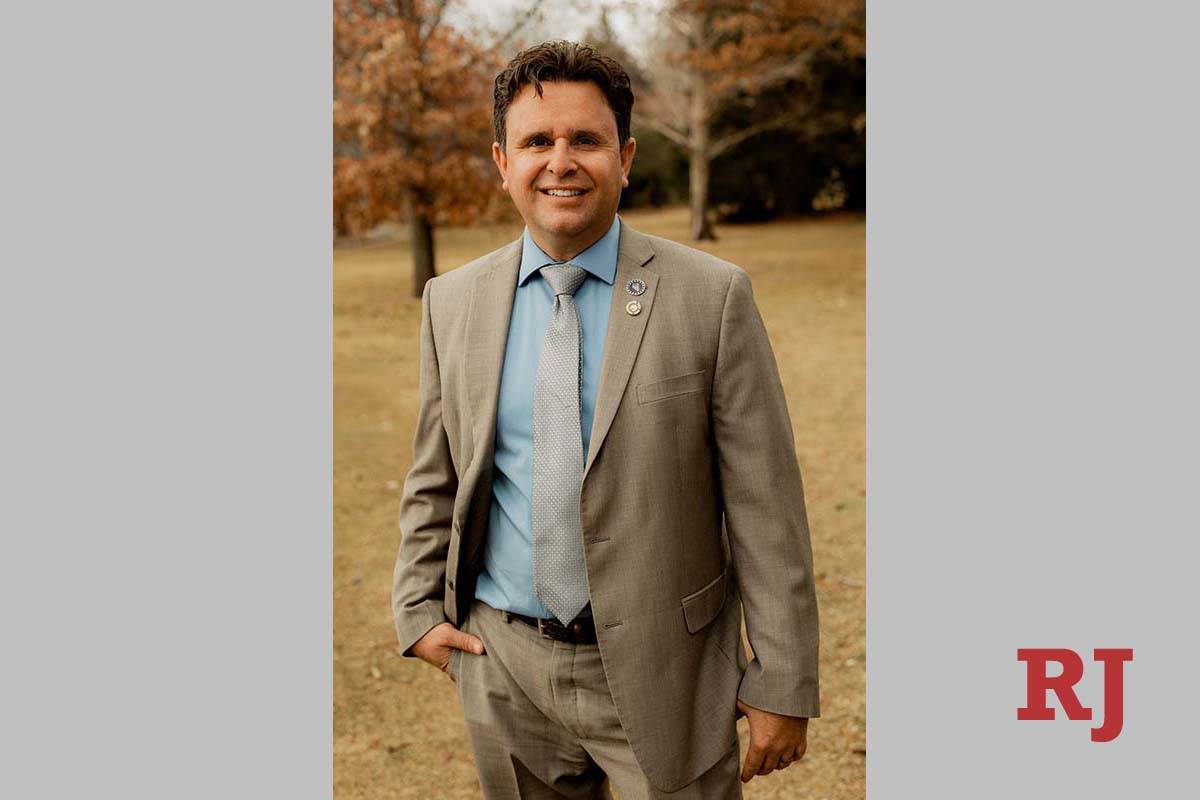 Sparks City Councilman Kristopher Dahir will seek the Republican nomination for Nevada secretary of state in 2022, he announced last week.

Dahir will seek to replace Barbara Cegavske, who will be termed out in 2022 after four years as the lone Republican in statewide office.

“I love being a city councilman, but I see a potential to help all cities in Nevada,” said Dahir, who was elected to a second term in Ward 5 last November.

Dahir said he could bring a new voice and style of leadership to the office. He holds degrees in psychology and strategic leadership from Liberty University and Regent University and has spent decades as a pastor and teacher at Christian colleges across the state.

Dahir graduated from Las Vegas High School and served as the minister for Caesars Palace for several years. Along with the City Council, he also serves on about 20 local, state and national boards, including as president for the Nevada League of Cities.

“I believe that how we treat each other is important, as well as how things are ran,” Dahir said. “Some people run for office because they’re upset about something and want to change it, but I look to make a difference.”

Cegavske has been the target of months of criticism from her own party, culminating in her censure by the state party this month, over unproven fraud allegations in the 2020 election.

Dahir defended Cegavske, whom he said he has known for years.

“She has served our state for 26 years,” he said. “She follows what the legislators have put in place. That’s the job of the secretary, and it would be the same for me.”

He noted that anyone upset with changes in Nevada’s voting laws should speak to their legislator, who actually sets those policies.

Dahir said the secretary’s office did what it could to provide information in a very small time window. More transparency and education around voting changes would be helpful, he said, but he hopes that some of the “political ire” around the issue dissipates in 2021.

This puts him at odds with former Assemblyman Jim Marchant, who announced last week he will also seek the Republican nomination for secretary of state.

Marchant sued the state several times in 2020, alleging voter fraud in his defeat in the 4th Congressional District. He said last week that voter integrity would be a key issue, and he would seek to persuade the Legislature to ban voting by mail, early voting and other recent expansions made by the state’s Democratic leaders.

“When I talk about election integrity, I’m talking about what I want to do,” Dahir said. “I don’t want to criticize or blame anyone else.”

Dahir stressed the importance of the secretary of state in the state’s business licensing and economic rebirth after the pandemic, as well as its role as the top state elections official.

Dahir has begun campaigning in earnest, holding fundraisers and meeting with Republican clubs and Rotary groups. The campaign did not release an early fundraising total.

Statewide races are still very much coming in to focus, as the filing deadline for the June 2022 primary does not start for another 10 months.

“I want this to be personal,” Dahir said. “I want people to know who I am. And if you know that and don’t think I’m your person, then I’m fine with that.”