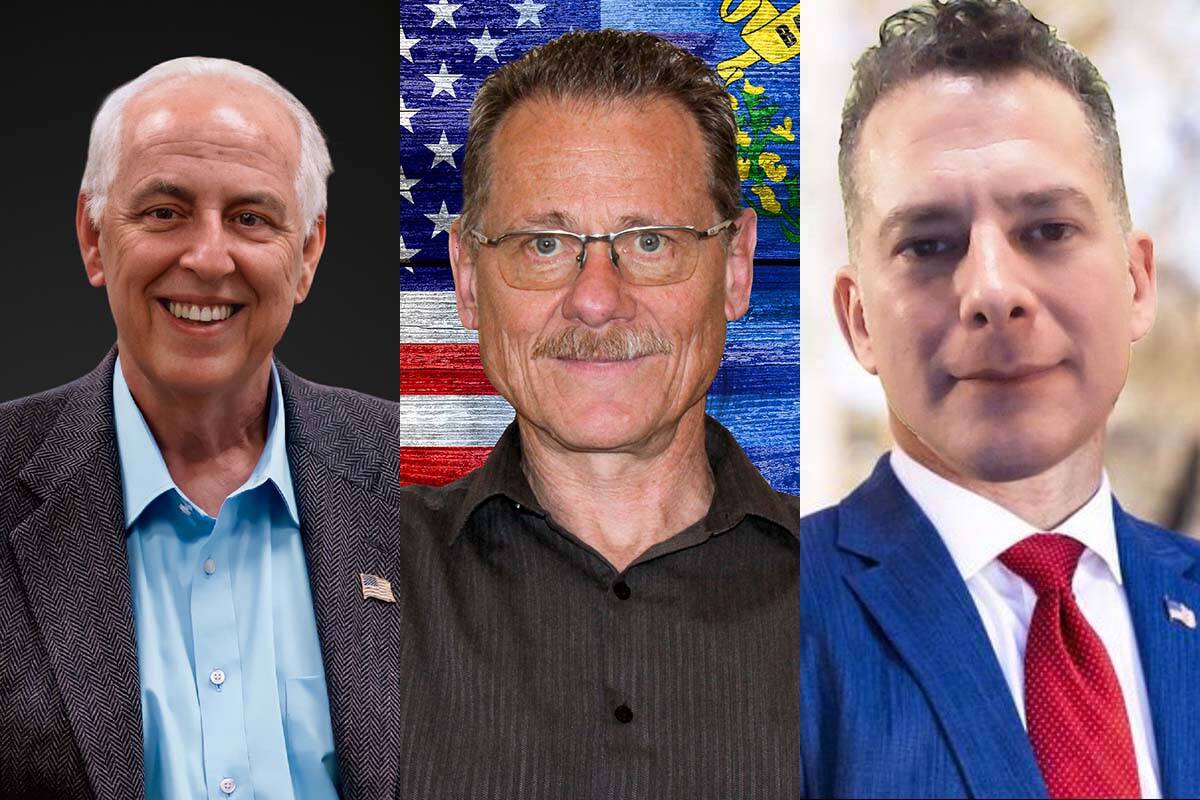 Three Republicans are vying for a nomination in the primary for Assembly District 1, which covers the northern Las Vegas Valley.

Garland Brinkley, Chris Dyer and Matthew Clendenen are running for the chance to challenge Democratic incumbent Assemblywoman Daniele Monroe-Moreno, who has no primary opponent.

Brinkley, a retired California government employee left the Bay Area about 18 months ago and moved to Las Vegas. He worked as an economics and public health professor at schools in the University of California system and in Africa, respectively. Brinkley said he would like to take his expertise in economics and apply it to Nevada’s education system.

“We are low funded but there’s school that get less or the same amount we do, like Texas and Florida, and are doing much better,” he said. “I’d like to see the money more wisely spent.”

Brinkley said he also would like to see fewer regulations on businesses.

Conversely, Clendenen said he doesn’t believe residents without school-age children should have to contribute tax dollars to Nevada’s education system.

The father of two and Clark High School graduate sent his daughters to a private Christian school and Northwest Career Technical Academy. Clendenen has worked as an elevator mechanic for 38 years.

“As a hardworking taxpaying citizen, I’m tired of my government telling me how to run my life,” he said. “I’m pretty sure my neighbors, my constituents, feel the same way. “

Clendenen said he was inspired to run after what he called executive overreach during the pandemic, including Gov. Steve Sisolak’s mandates to close non-essential businesses and require masks statewide.

“I believe the legislative branch is supposed to keep the chief executive in order, and I think they failed miserably,” he said.

Retired naval intelligence specialist and current substitute teacher Chris Dyer said he’s also hoping to see less regulation, and he was disappointed in the work of elected Republicans during the last election cycle.

“My plan is to go up there and stop taxes from being passed, whether I’m in the majority or the minority,” he said. “I’m active in the Republican Party and I’m critical of those that don’t uphold Republican values. I’ve been consistent for a long time.”

Dyer, a 24-year resident of Las Vegas said he’s noticed the school his wife works at falling apart, while money devoted to education goes to building new schools instead of fixing deteriorating ones. Dyer has four children, three of whom are still enrolled in the Clark County School District.

“Colorado started building wonderful schools with cannabis money,” he said. “Somehow it got messed up in the 11th hour here.”