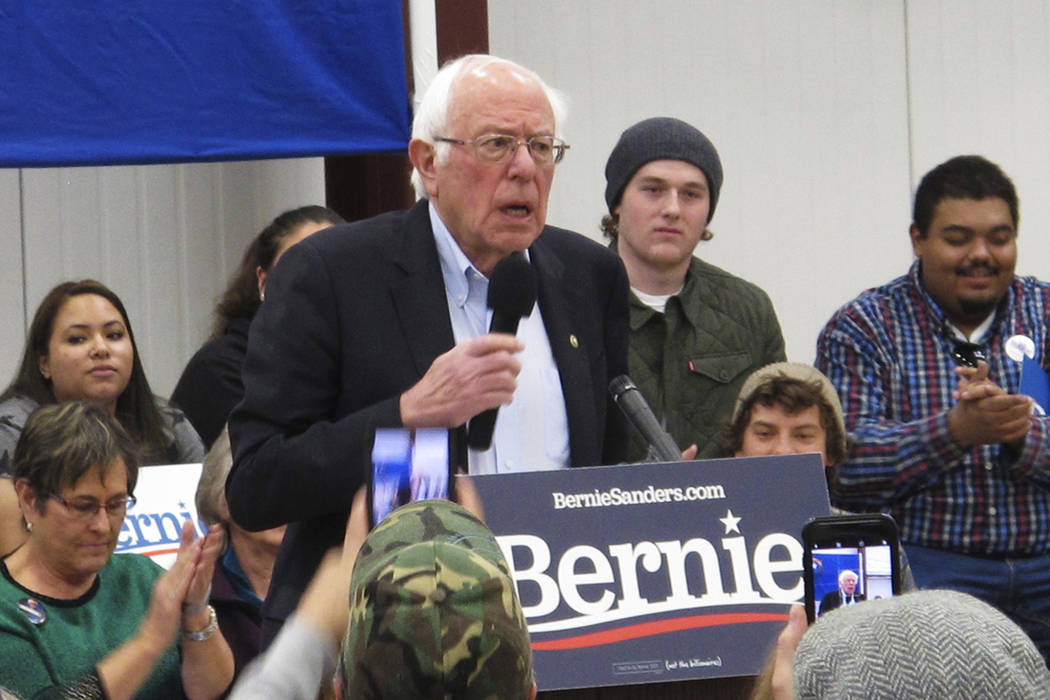 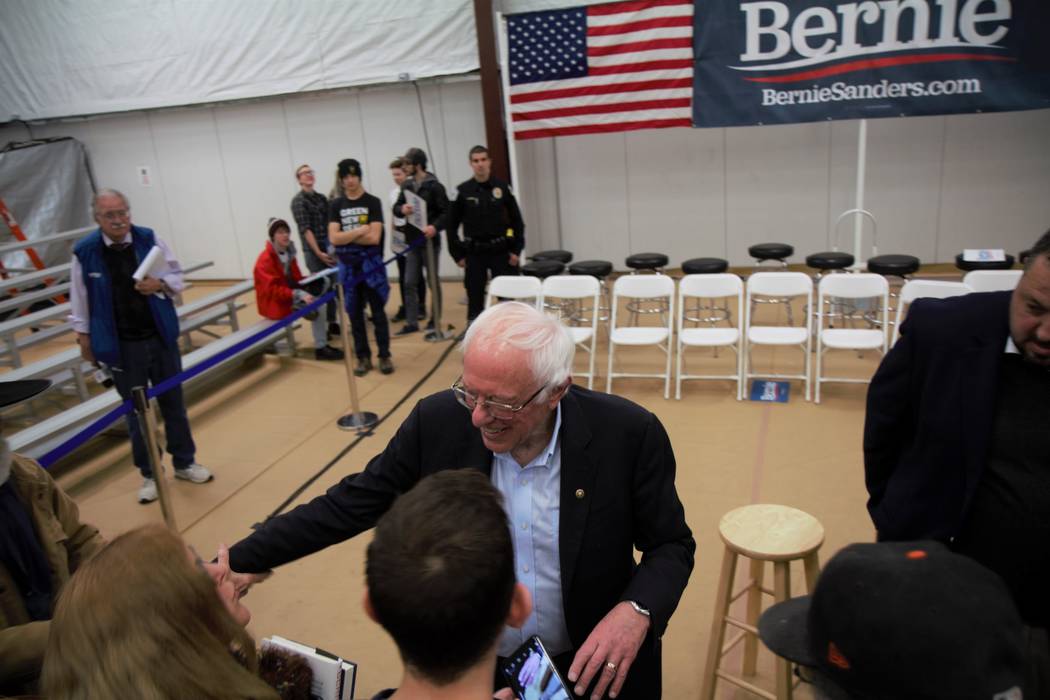 “Nevadans have resoundingly opposed any attempts to open the Ruby Mountains for oil and gas drilling, which would lead to the destruction of our public lands,” Sanders said in a statement. “Scientists have also been clear that in order to solve the climate crisis, we must leave fossil fuels in the ground. When we are in the White House, we will immediately end all new and existing fossil fuel extraction on federal public lands, including Nevada’s Ruby Mountains.”

Last year, the U.S. Forest Service considered opening up the Ruby Mountains to oil and gas leases but killed the idea earlier this year after receiving overwhelming opposition to the idea. Also, “unfavorable geologic conditions” suggested that there is little to no oil and gas potential in the area.

Sanders’ announcement came in the middle of the Democratic presidential hopeful’s three-day swing through Nevada that started Sunday in Elko. He made two stops Monday in Northern Nevada that included a pair of town halls in Carson City and Reno. Sanders will visit Las Vegas on Tuesday for two more events to round out his Nevada trip.

During his Carson City visit Monday, Sanders gave his wide-ranging stump speech that went over his campaign platforms on enacting “Medicare for All,” eliminating college tuition, addressing climate change, raising the federal minimum wage to $15 per hour and several criminal justice reforms such as legalizing marijuana and eliminating cash bail.

■ When Sanders last visited Carson City in September, he had an emotional exchange with 58-year-old Navy veteran John Weigel. Weigel had been diagnosed with Huntington’s disease, a degenerative brain disorder, and had been mistakenly kicked off of Tricare, which is an insurance provider for active and retired military veterans.

At that event in September, Weigel showed Sanders his $139,000 medical bill and said that he was considering killing himself because he couldn’t afford it.

Weigel was there again to see Sanders on Monday in Carson City, and he told the senator that after their interaction in September, the offices of Nevada Sens. Catherine Cortez Masto and Jacky Rosen got involved and were able to get him back on his Tricare and iron out most of the issues.

“Thank you for rescuing me,” Weigel told Sanders.

■ Biggest applause: Nothing fired up the Carson City crowd more than when Sanders talked about the need to address climate change, which he called a “global issue.”

“We have a planetary crisis. Anyone who tells you that is not the case is just not telling you the truth,” Sanders said.

■ Turnout: Roughly 400 people showed up to the Stewart Community Center for the midday event while about 900 supporters showed up to the Reno event Monday night, according to the Sanders campaign.