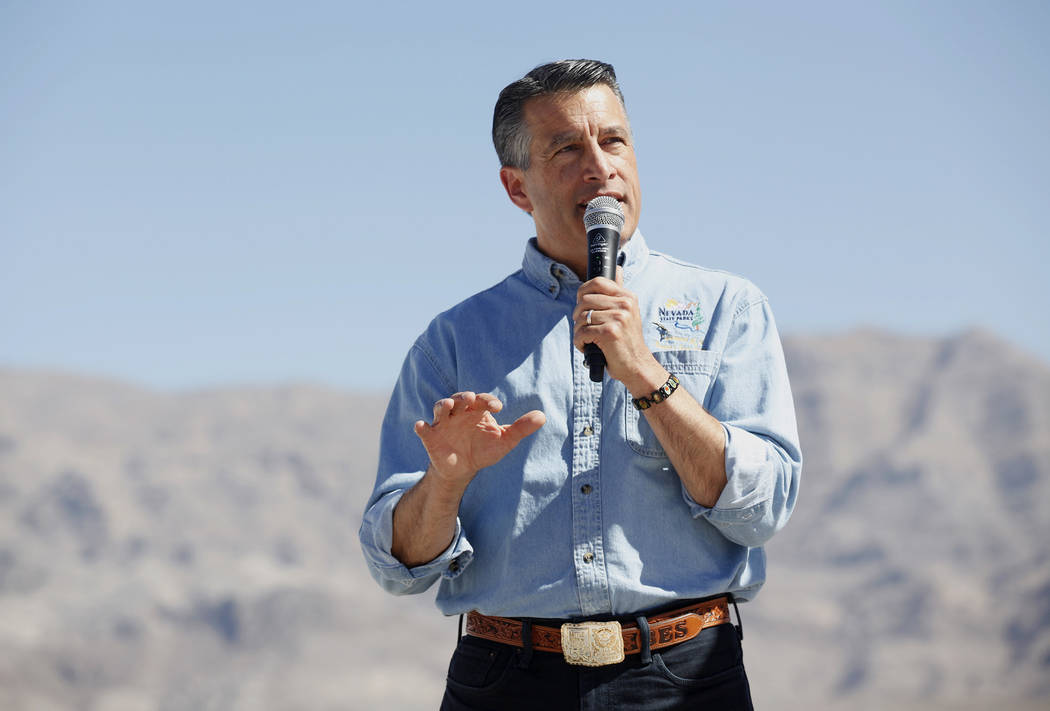 Gov. Brian Sandoval has asked the U.S. Department of Energy to reconsider its proposal to store up to a ton of weapons-grade plutonium at the Nevada National Security Site located 65 miles northwest of Las Vegas.

In a letter sent Friday to Energy Secretary Rick Perry, Sandoval lambasted what he called a “failure to develop a concrete plan.”

“The state of Nevada is actively exploring all possible avenues for relief,” Sandoval wrote.

In May, a federal court ordered the DOE to move the plutonium out of South Carolina after the department failed to finish work on a long-delayed, multibillion-dollar facility designed to transform it into commercial reactor fuel.

The DOE’s new plan calls for that waste to be temporarily stored in Nevada at the test site before being shipped to Los Alamos National Laboratory in New Mexico. But the DOE’s plan does not provide a specific timeline for when that move would happen.

“The lack of a defined schedule does not give confidence that the material will be managed in a certain and timely manner, ” Sandoval wrote.

Sandoval also said that because the radioactive material will ultimately end up at the New Mexico site, bringing it to Nevada for any length of time adds thousands of miles to any proposed route.

He also took issue with the DOE’s conclusion that it has sufficiently analyzed the impacts of the plan, saying that the department “inappropriately relied upon previous analyses and decisions,” which did not include analysis of the environmental impact storing a metric ton of plutonium would have.

Other Nevada officials have also vowed to fight the plan. U.S. Sen. Dean Heller said last month that he is demanding a full environmental review of the plan before any action can be taken. Rep. Dina Titus in September, called the plan “a quick, cheap way for the DOE to respond to the court order” and said the department was “addressing South Carolina’s concerns by screwing Nevada.”