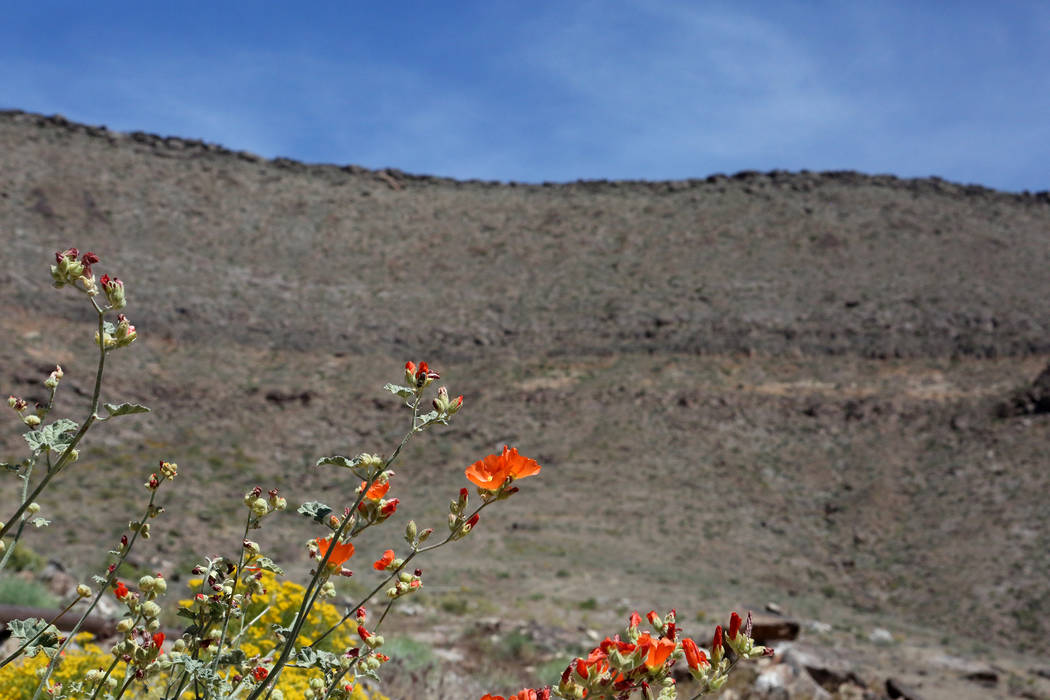 WASHINGTON — Senate appropriators on Thursday deleted a Trump administration budget request for $120 million to restart licensing on the Yucca Mountain nuclear waste repository, setting up another impasse with the House.

Sens. Lamar Alexander, R-Tenn., and Dianne Feinstein, D-Calif., left the funding request sought by the Department of Energy for licensing of the Nevada project out of the annual spending bill for energy and water for fiscal 2019, which begins Oct. 1.

Their decision accompanies a push by Alexander to seek a comprehensive approach to nuclear waste from power plants that includes permanent repositories, like the one proposed for Yucca Mountain, and interim storage sites in other states.

Differences in House and Senate spending bills must be reconciled by a conference committee. Last year, the Senate prevailed and no requested money for Yucca Mountain licensing was included in a final omnibus spending bill for 2018.

In a letter to Alexander and Feinstein on May 17, Sens. Dean Heller, R-Nev., and Catherine Cortez Masto, D-Nev., urged the chairman and ranking Democrat on the Senate Appropriations subcommittee on energy and water to keep the Yucca Mountain funding out of the 2019 spending bill.

Heller: ‘I was successful’

“I’m pleased to report that I was successful,” Heller said in a statement Thursday. “The funding bill approved by the U.S. Senate Appropriations Committee today does not fund a single dollar for Yucca Mountain.”

Also Thursday, the House approved a defense authorization bill that includes language inserted by Rep. Jacky Rosen, D-Nev., that would require the defense and energy secretaries to detail for Congress the potential impact of storing nuclear waste at Yucca Mountain on military operations at the Nevada Test and Training Range and the Nevada National Security Site.

Rosen, a member of the House Armed Services Committee, said last year that storing the waste at Yucca Mountain could prevent Nellis Air Force Base and the Nevada Test and Training Range from completing core missions.

The defense bill also includes authorization to spend $30 million for military produced waste that would be stored at Yucca Mountain if the site were licensed and a facility constructed.

The House voted 351-66 to approve the defense bill.

A spokeswoman for the Senate Armed Services Committee said the Senate version of the defense bill does not include the Yucca Mountain waste storage authorization.

Heller said he urged Senate Armed Services Chairman John McCain, R-Ariz., to keep the authorization out of the defense bill.

Congress designated Yucca Mountain in 1987 as the nation’s permanent repository for nuclear waste generated by utility power plants and the military. But despite $15 billion spent to study the location, a facility has yet to be built on the Nye County site, mostly because of political opposition in Nevada.

Instead the waste is being stockpiled at power plants around the country.

“Taxpayers in all 50 states are now liable for $34.1 billion because the federal government has not even begun to consolidate the spent nuclear fuel stranded around our nation,” said Rep. John Shimkus, R-Ill., chairman of the House Energy and Commerce subcommittee on environment and the economy.

The House passed legislation this month to revive the application licensing process and increase the Yucca Mountain storage capacity to 110,000 metric tons.

Shimkus had urged the Senate to “quickly take up and pass that bipartisan bill to address this national priority.”

President Barack Obama delayed the licensing process in 2011 at the request of then-Sen. Harry Reid, D-Nev.

President Donald Trump has sought to restart the process, which is expected to take roughly five years.

Gov. Brian Sandoval and the state’s congressional delegation are unanimously opposed to restarting the licensing process, as are the Las Vegas Chamber of Commerce and the casino industry, which fear the presence of a nuclear waste repository would hurt tourism in Southern Nevada.

Nine rural Nevada counties, including Nye, support a licensing review by the Nuclear Regulatory Commission to determine if the geologic repository is safe for permanent storage of waste. Nye County sees a permanent repository as a potential economic boon with high-paying federal jobs.