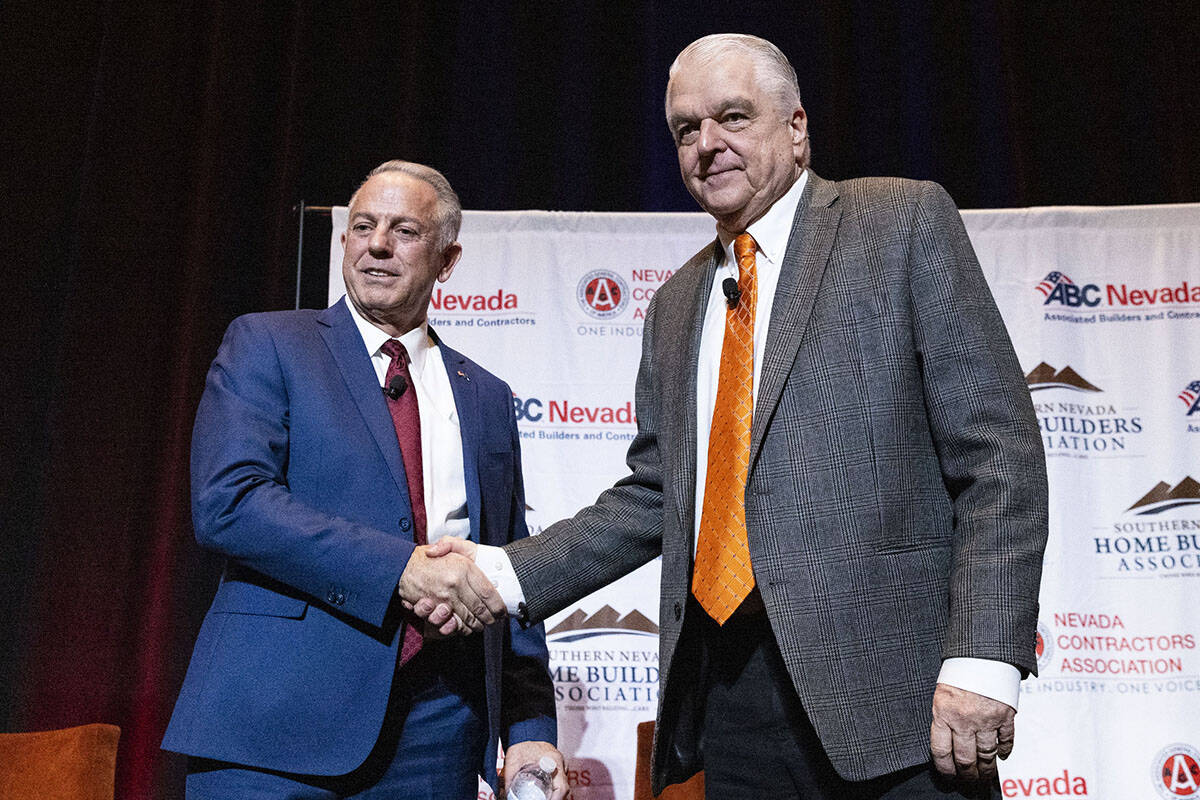 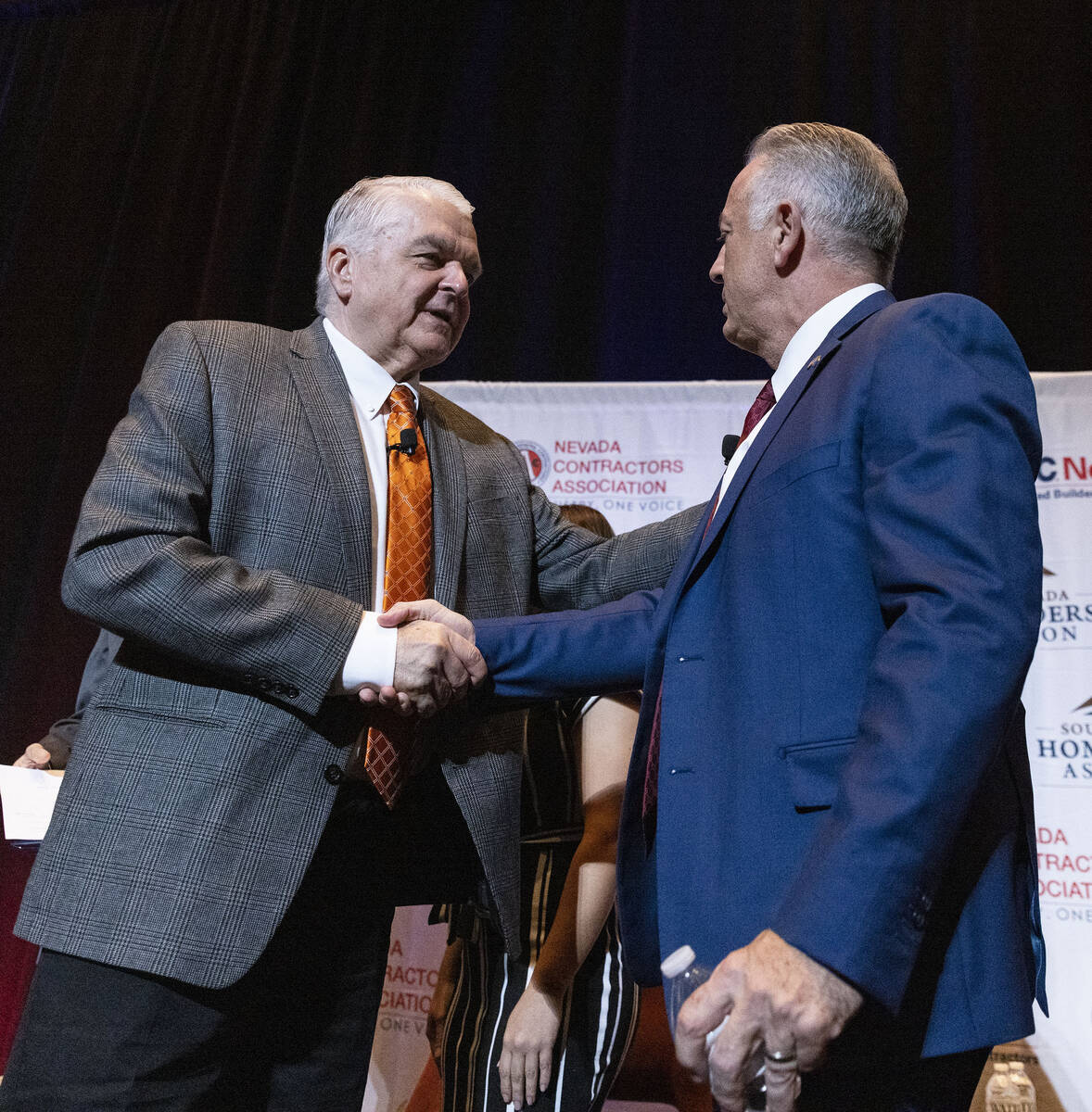 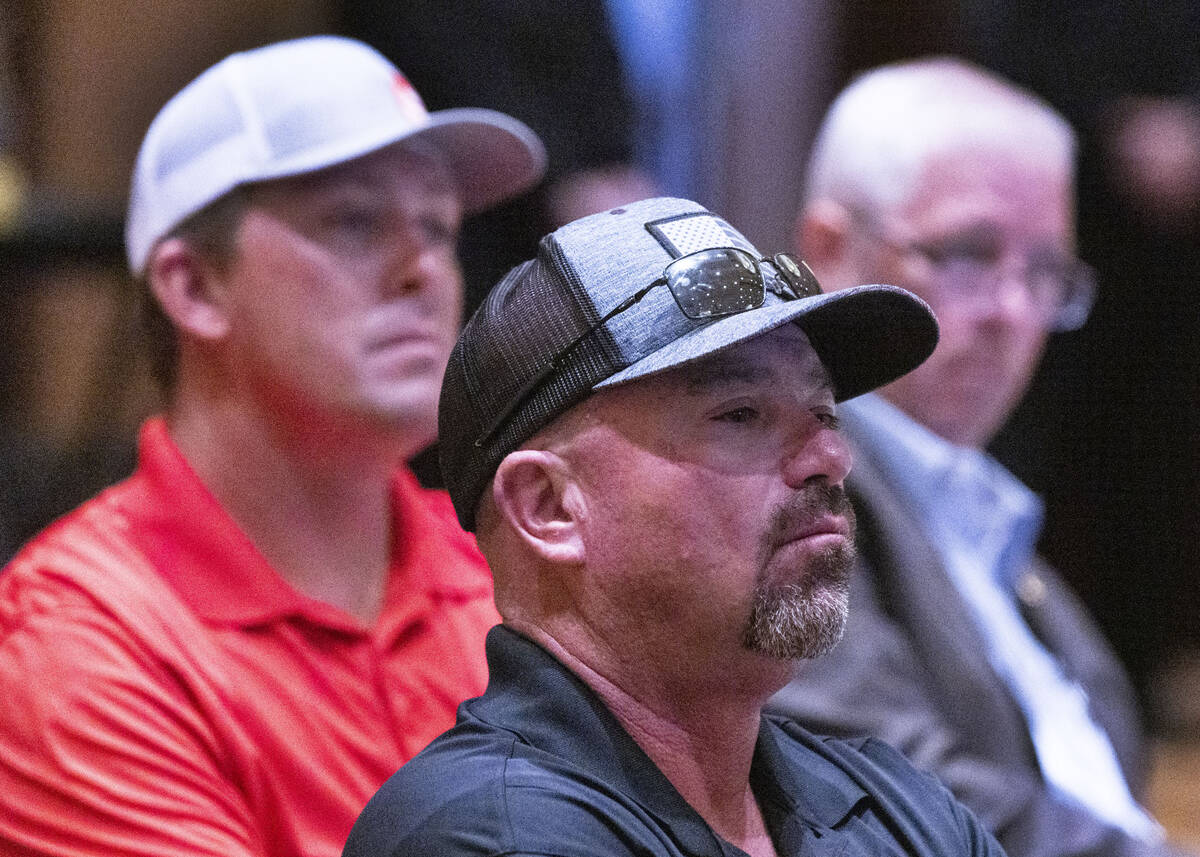 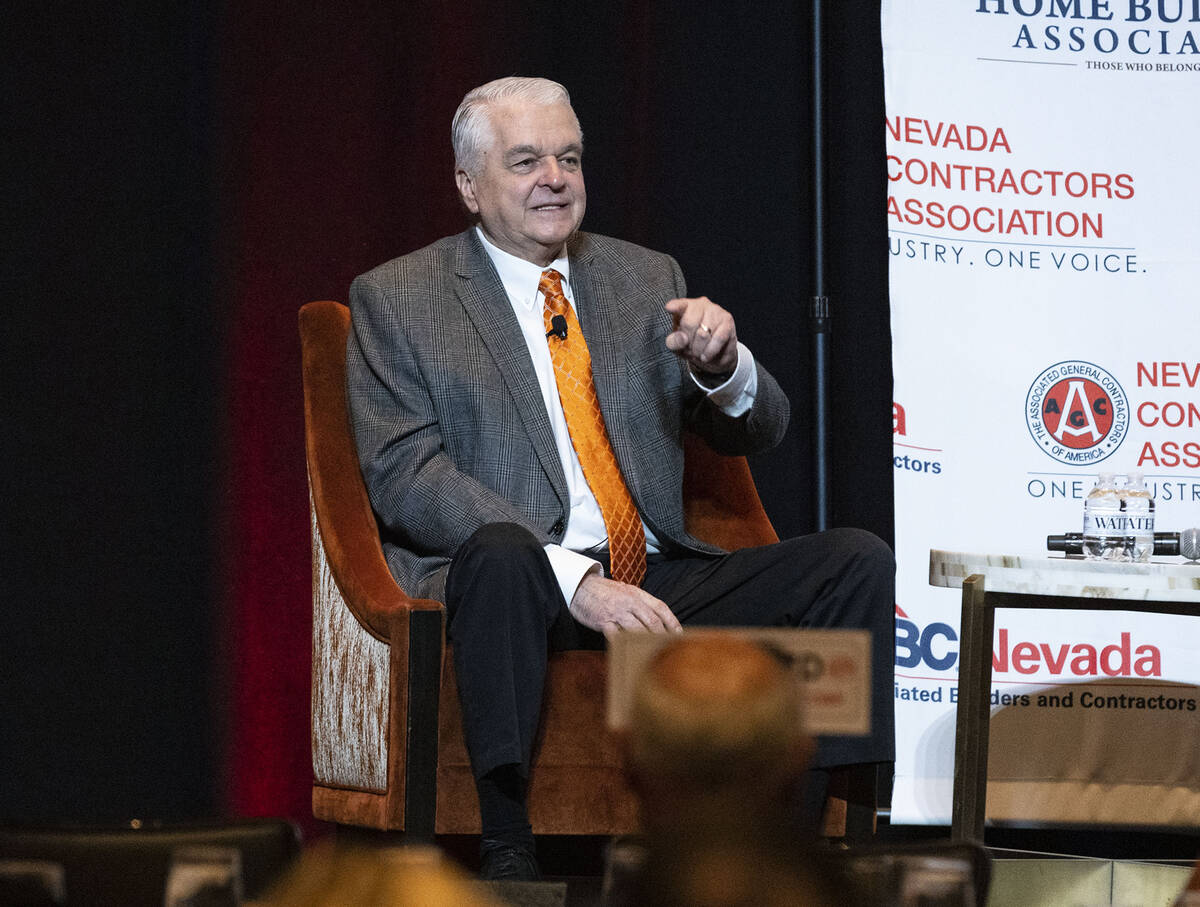 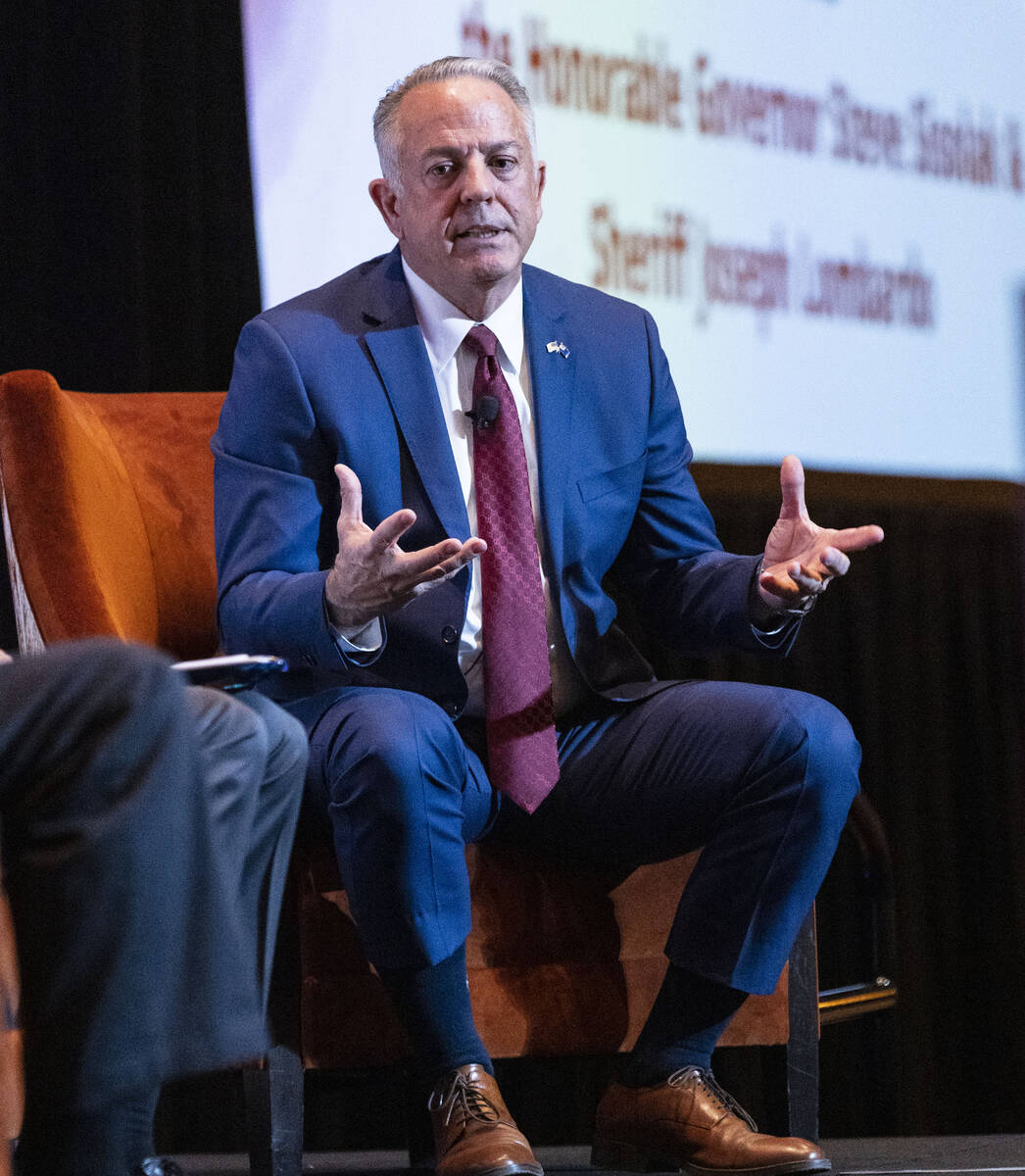 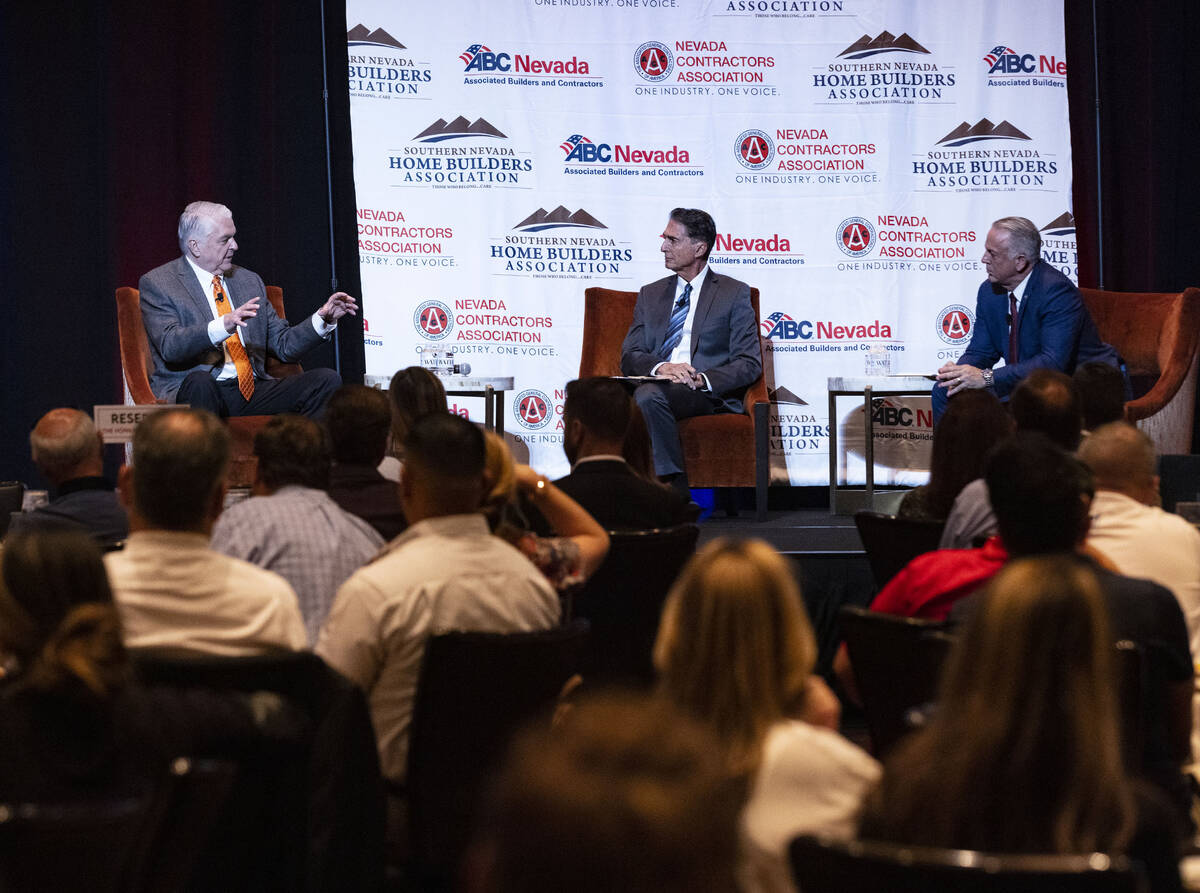 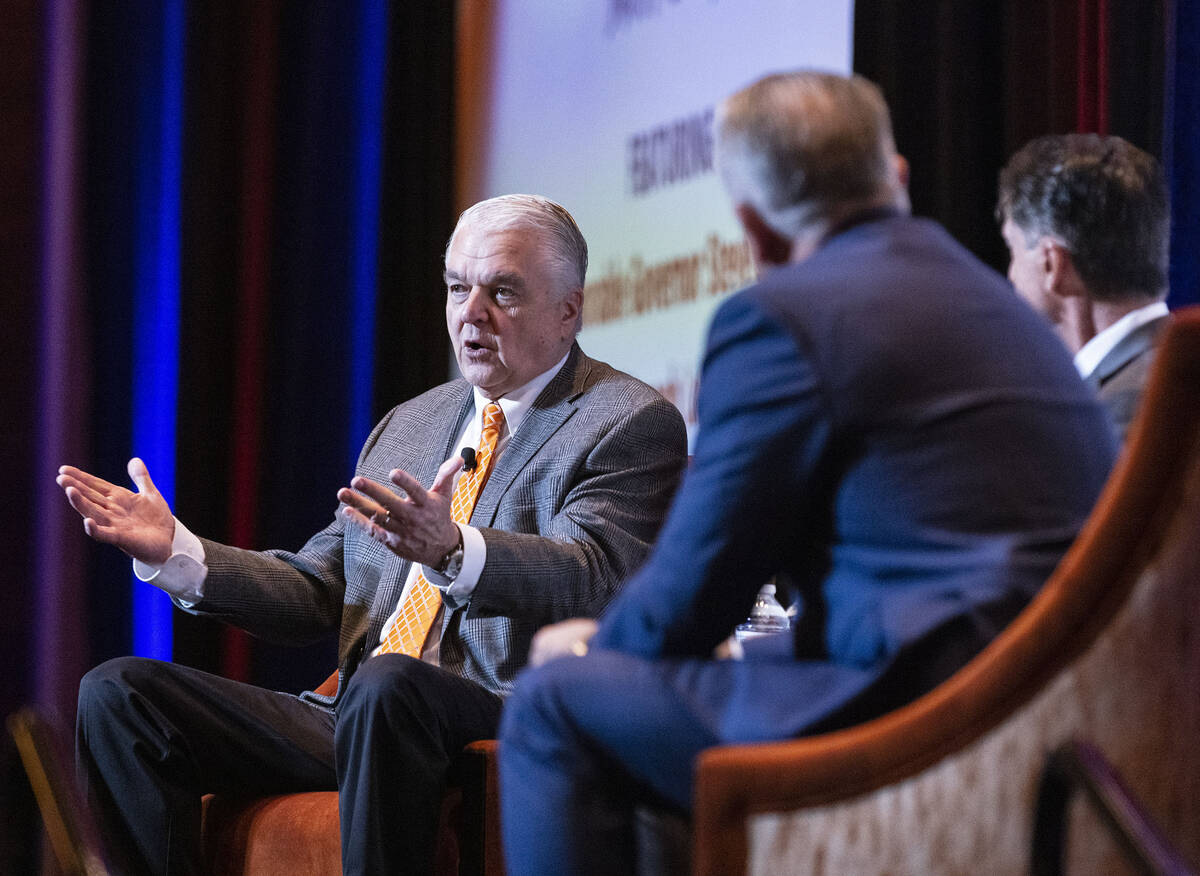 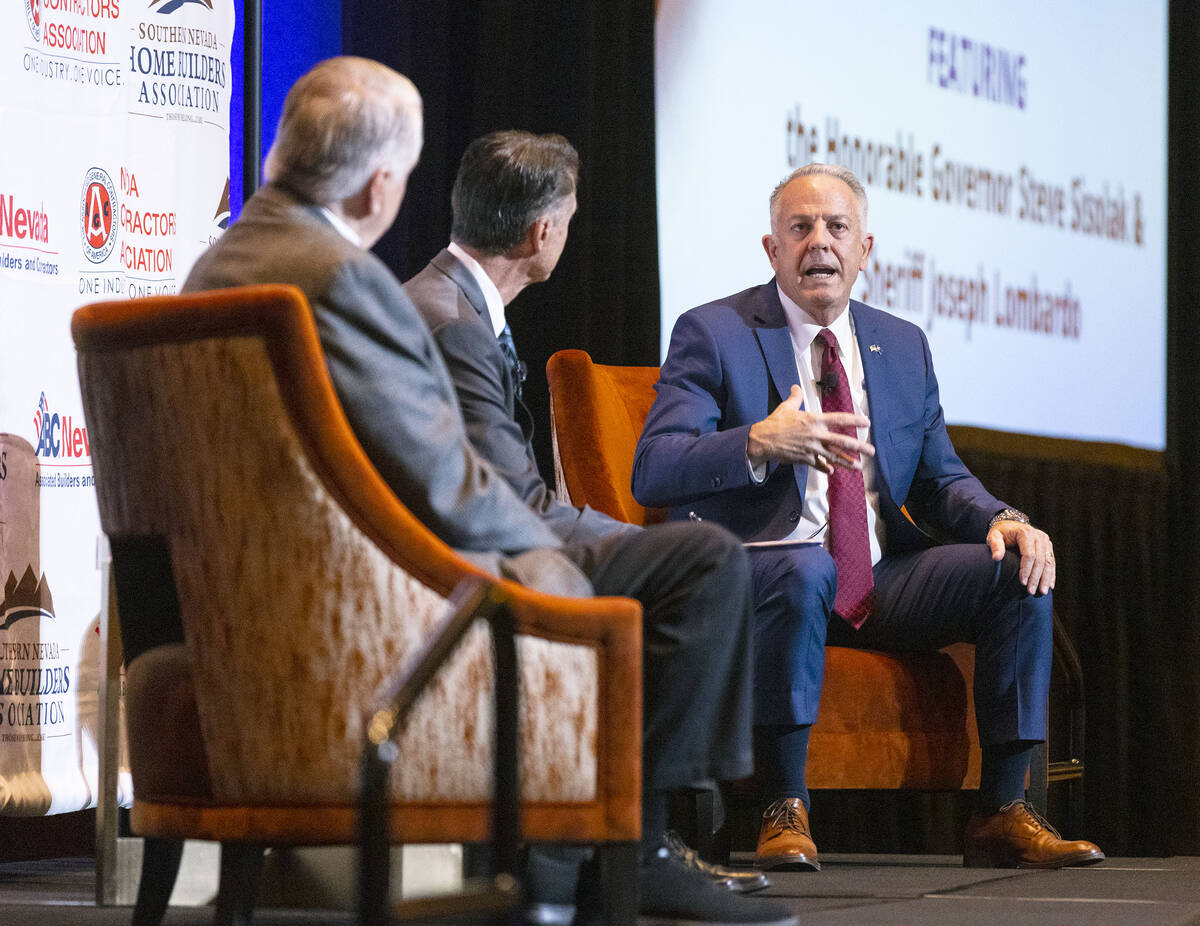 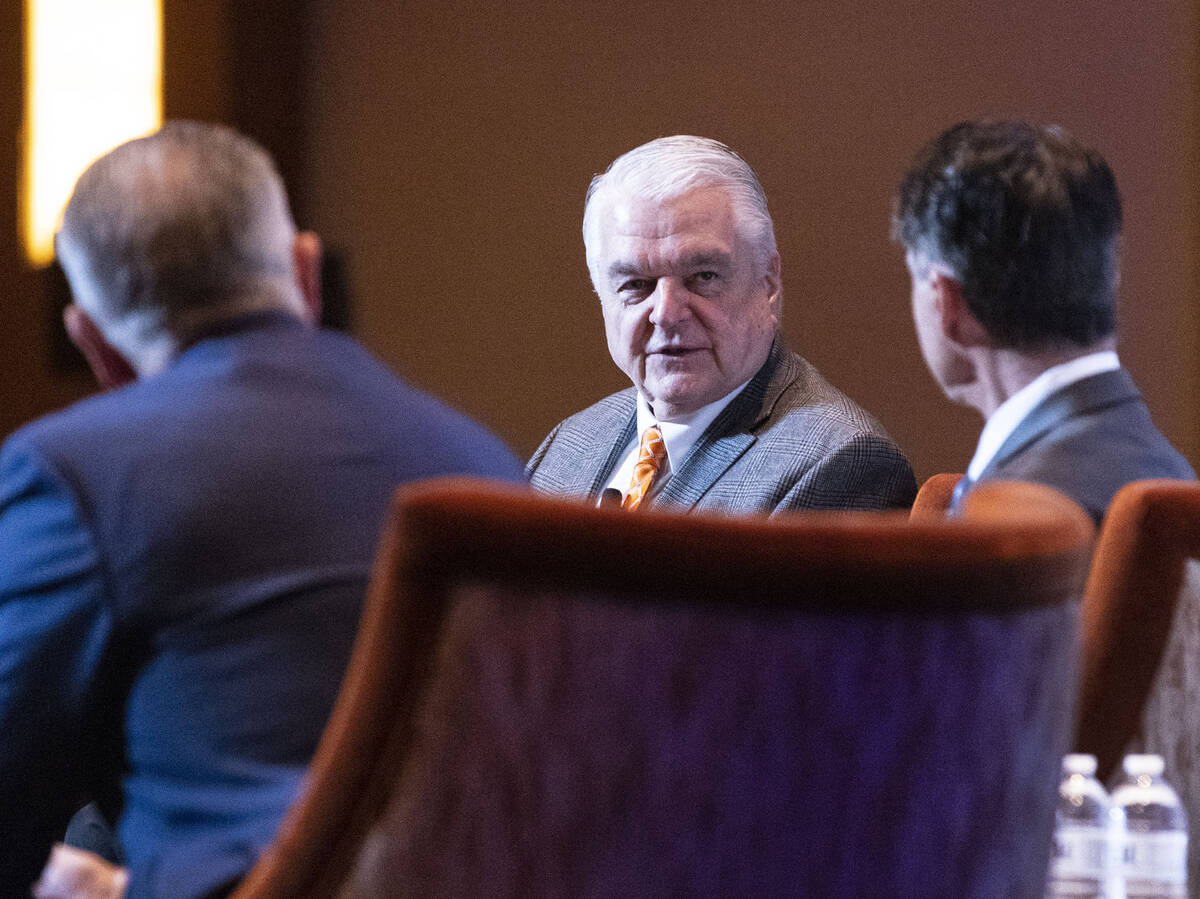 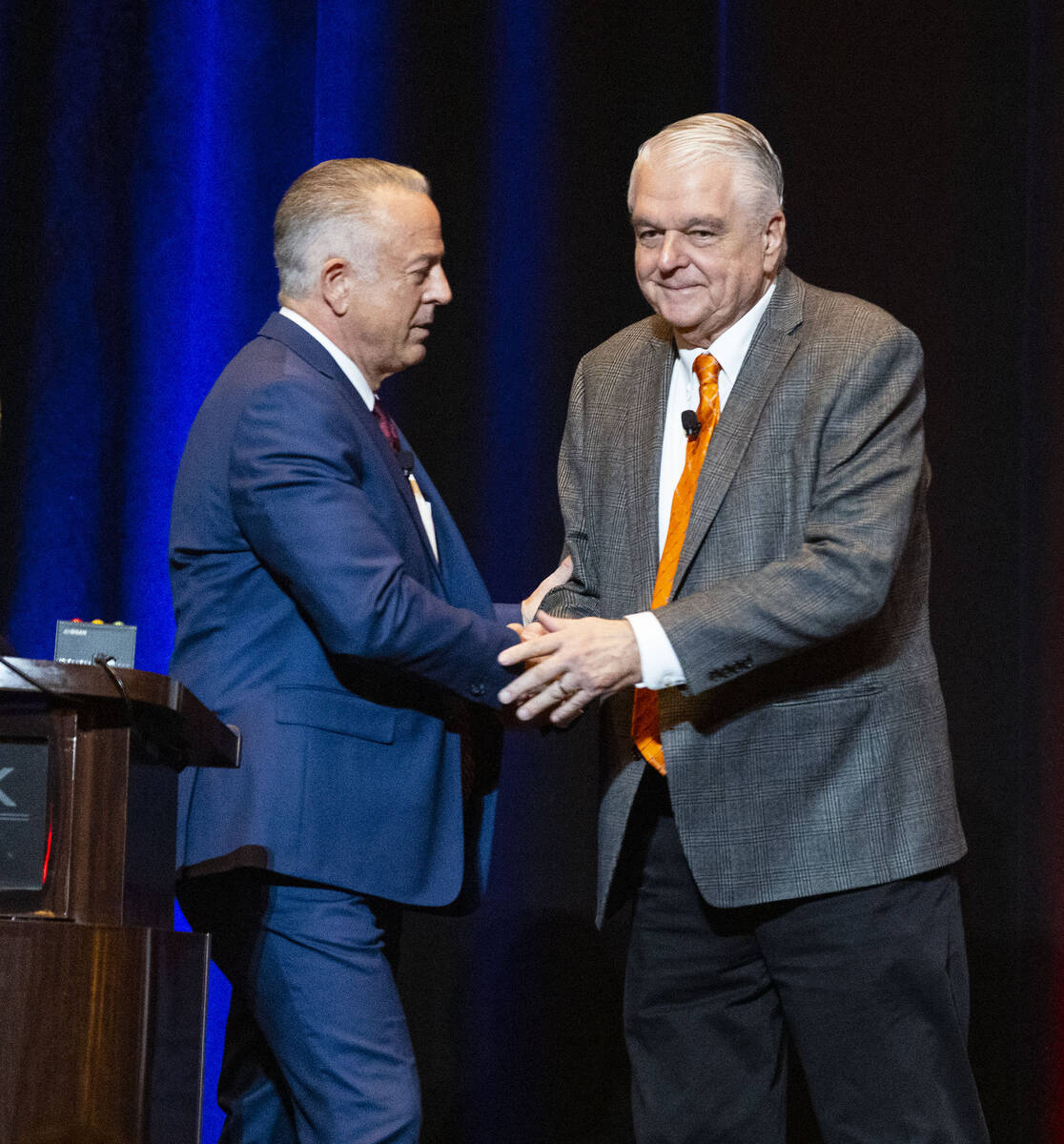 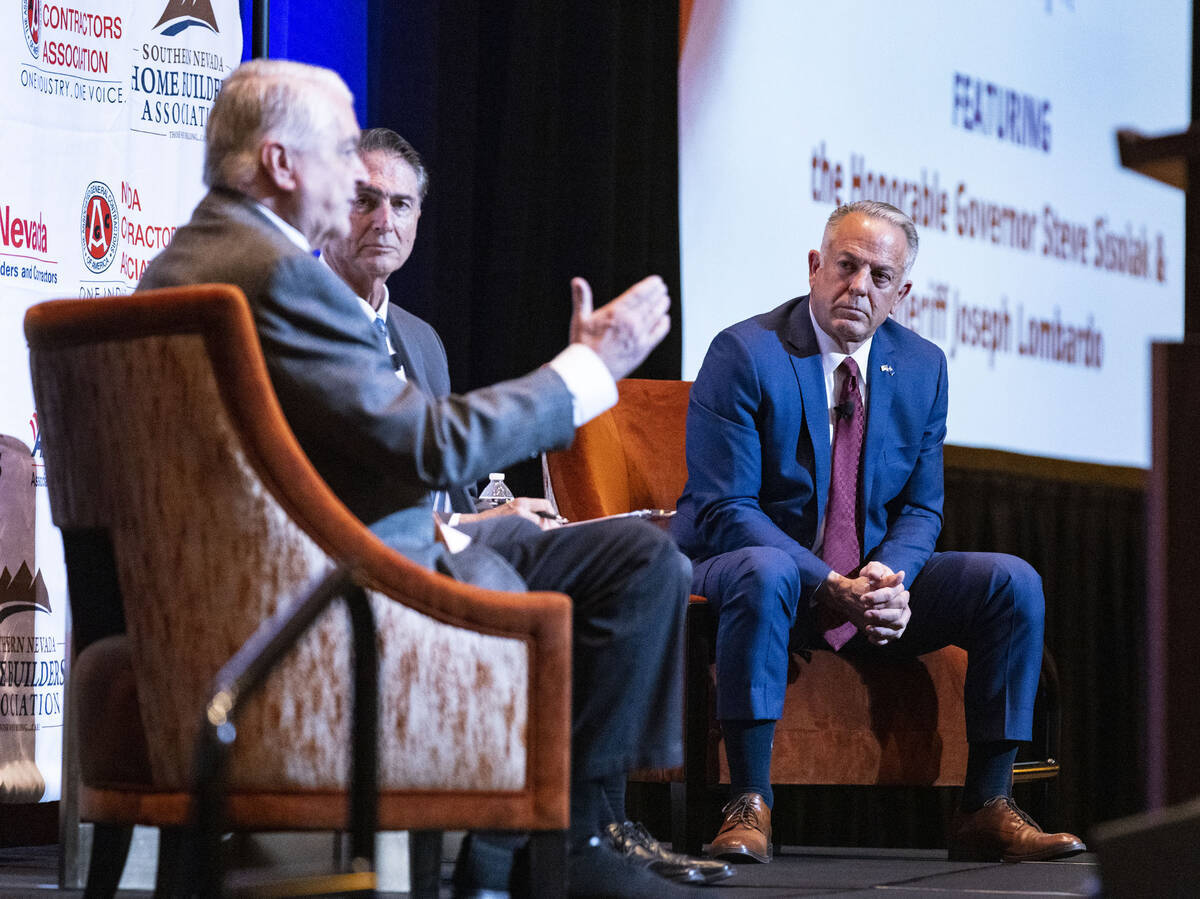 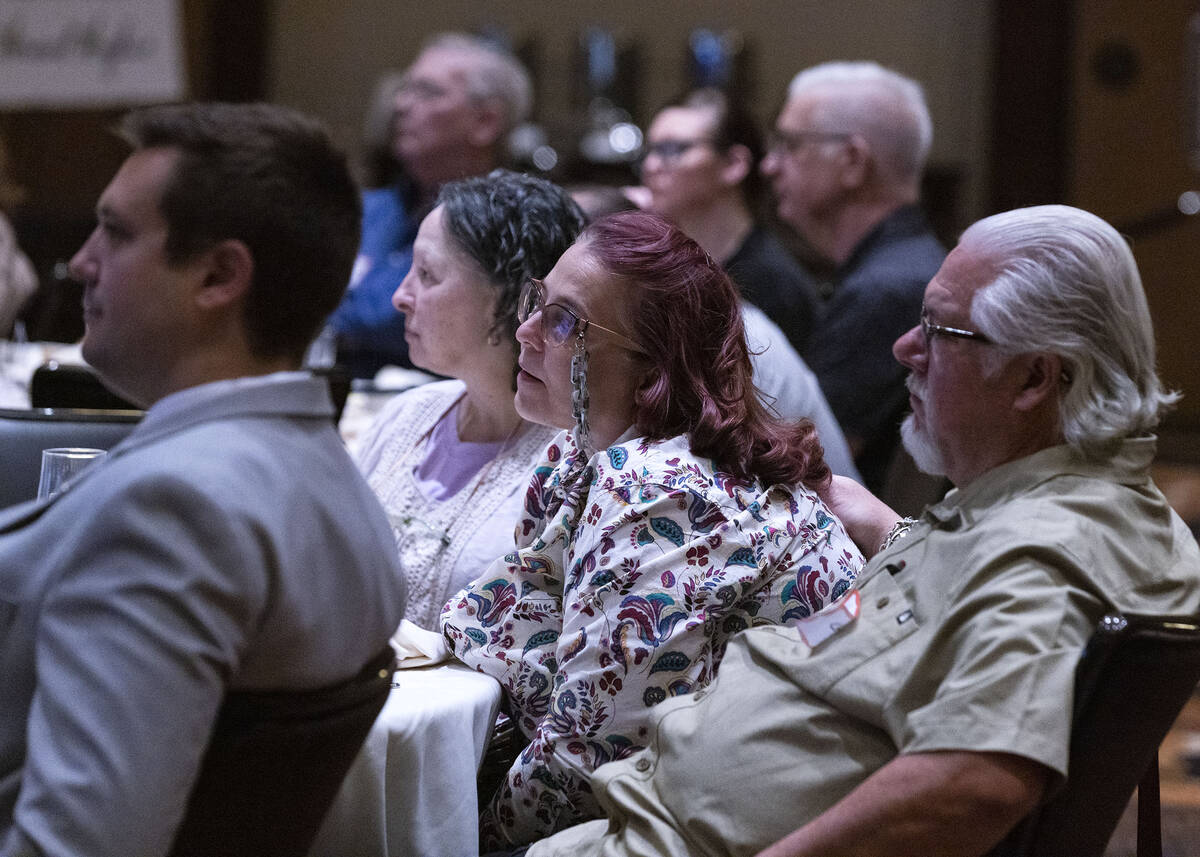 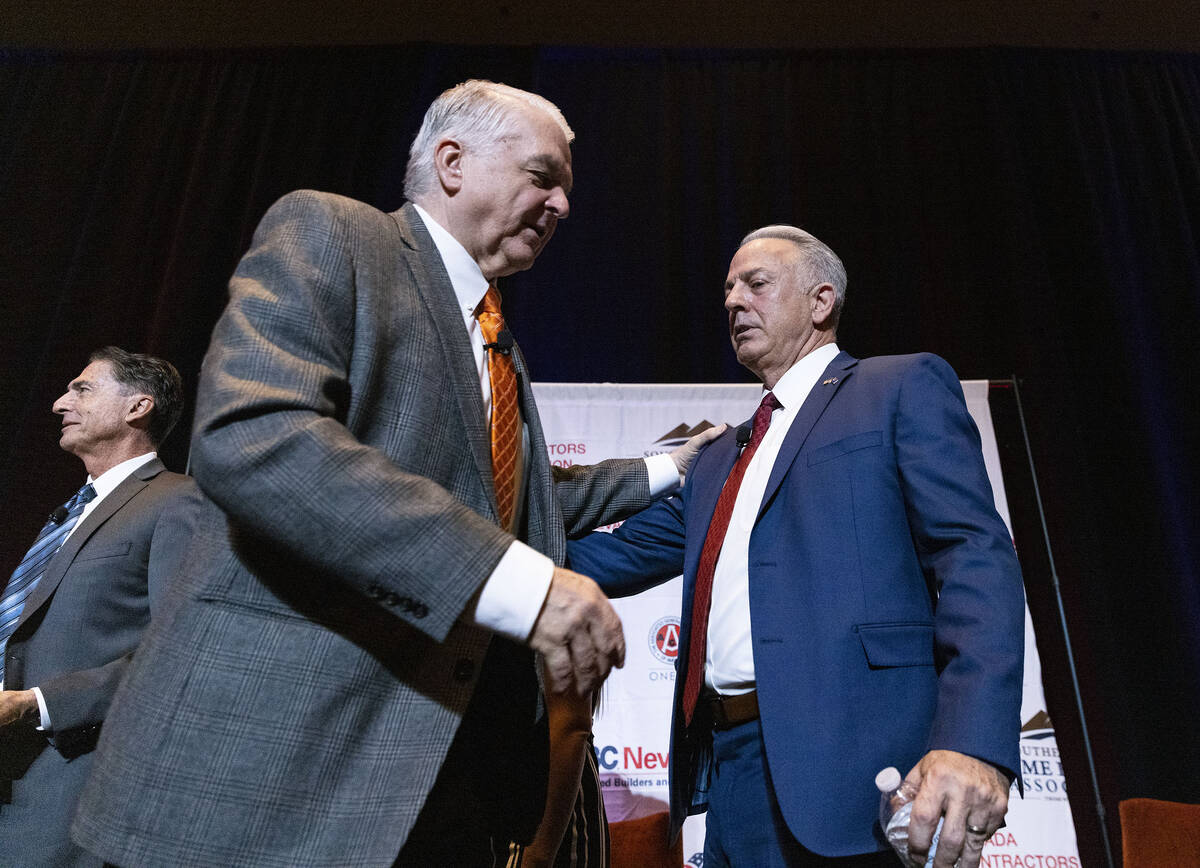 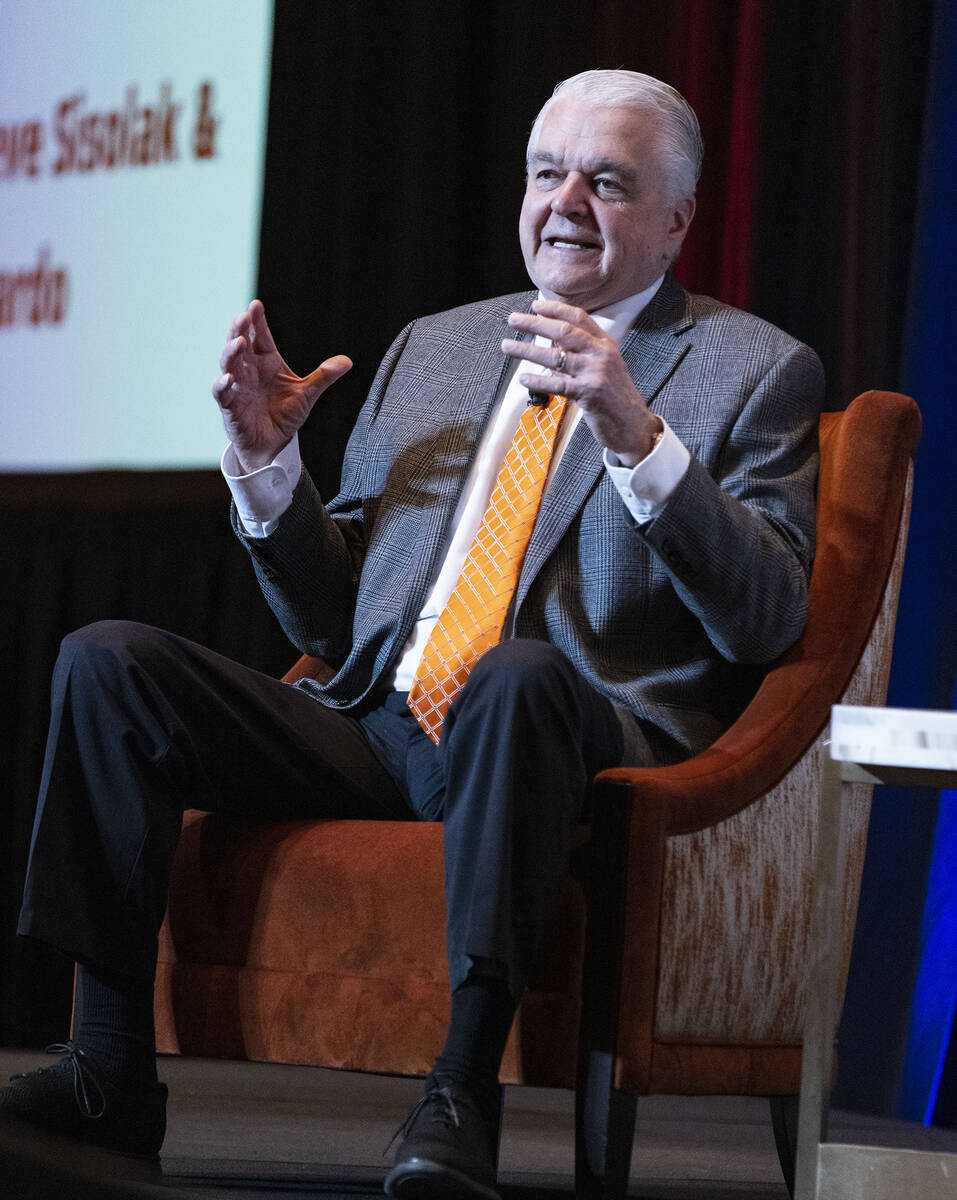 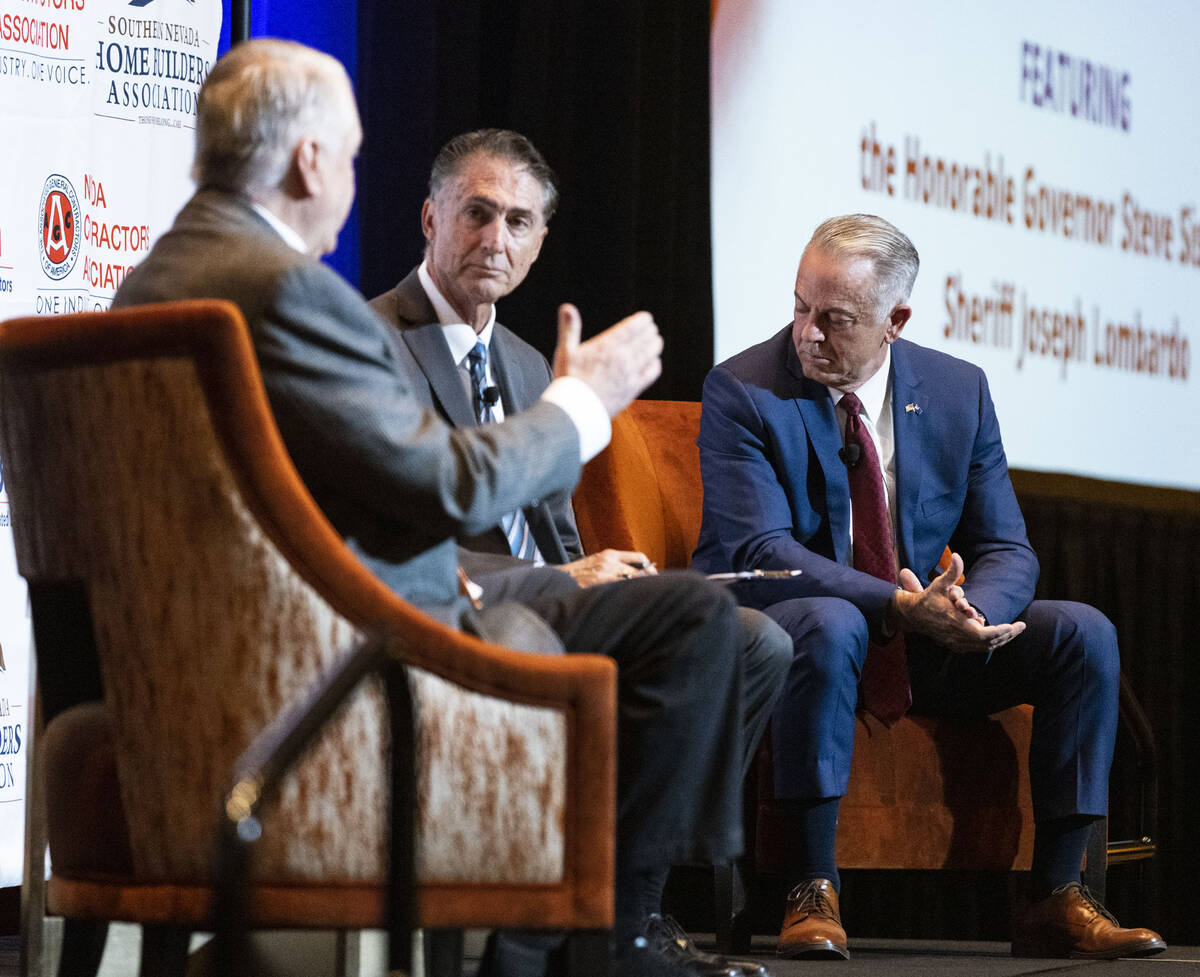 Sisolak appeared more pro-union, whereas Lombardo appeared more pro-business after the two candidates gearing up for the Nov. 8 election discussed their views on building regulations, affordable housing, balancing growth with water conservation and encouraging workforce training before an audience of about 400 members of the construction industry.

“I do like what Sheriff Lombardo has to say because he has a slightly different perspective,” said Brandon Zobrist, an insurance broker. “He’s a less government type of guy, and I think he wants to kinda pull back from the government control of things.”

Lombardo has also received financial support from a lot of construction companies while at the same time, Sisolak has received endorsements from unions such as the Culinary Workers Union Local 226 and AFL-CIO.

Invited to the table

Nat Hodgson, chief executive officer of the Southern Nevada Home Builders Association, said he will be supportive of whichever candidate wins because his livelihood depends on it.

“All they’re going to get from me is support, and I just want to be invited to the table,” Hodgson said.

Both Sisolak and Lombardo agreed that the state government should have a more limited role in land-use decisions, saying those should be made at the local level.

Sisolak agreed that he does not think the state needs to regulate businesses. He said he has worked with many developers as a county commissioner and saw how it can be difficult to get projects approved.

“The state should assist wherever possible in terms of allocating this federal money,” Sisolak said.

Sisolak said the state needs to make more land available for development, whether that is through negotiating with the Bureau of Land Management so that developers do not have to spend as much on the land, because high land prices push home prices up.

There is a shortage of more than 80,000 affordable units, and the state has an abundance of applications for affordable housing that it is processing, Sisolak said. He does not think the state will have any issue in spending its federal funds allocated to housing by 2025.

But Lombardo questioned whether there is a long-term plan in place to address affordable housing.

Lombardo would advocate for repealing Senate Bill 231, which Sisolak signed in 2019. The pro-union bill overturned a 2015 law that prohibited government-mandated project labor agreements on public and publicly assisted projects. It also allowed public entities in Nevada to enter into union-only project labor agreements, which are collective bargaining agreements between building trade unions and contractors.

Unions such as the AFL-CIO have generally been in favor of project labor agreements, arguing the agreements govern terms and conditions of employment for all craft workers and protect taxpayers by eliminating costly delays due to labor conflicts or shortages of skilled workers.

But construction industry organizations such as the Associated Builders and Contractors argue that project labor agreements are anti-competitive and costly schemes that “end open, fair and competitive bidding on public works projects.”

In 2021, union members made up 13 percent of the construction labor force in Nevada, according to the Nevada Policy Research Institute.

The candidates also discussed balancing the demand to build in Las Vegas with the need to conserve water. Lombardo said, “if we don’t expand, we die.”

While the Southern Nevada Water Authority has done a great job with conserving water, the state has failed in its negotiations for Colorado River water allocations, Lombardo said. He said California is taking too much water, and he wants the state to renegotiate its allocation.

“We’re in dire need because we’re farming in a desert. I think that is a failed concept,” Lombardo said. He wants to look at technology and see how the state can be more efficient.

Sisolak thinks the Colorado River states need to work together in figuring out ways to bring more water to the Colorado River. “I’ve worked on this issue for over a decade now. … This isn’t Nevada’s problem. This is a southwest problem.”

With the construction industry supportive of workforce training and apprenticeship programs, Sisolak said the state put more money into the latter. Lombardo said the industry needs to do a better job of promoting themselves.

“I personally believe the state of Nevada is going in the wrong direction,” Lombardo said, adding he wants to fix the state through diversifying the economy with a “stable regulatory and tax environment” and ensure that the state expands upon the economy and people having careers versus being college bound.

“We’ve got a lot of issues, but I am confident that working together … we can solve these problems,” Sisolak said.