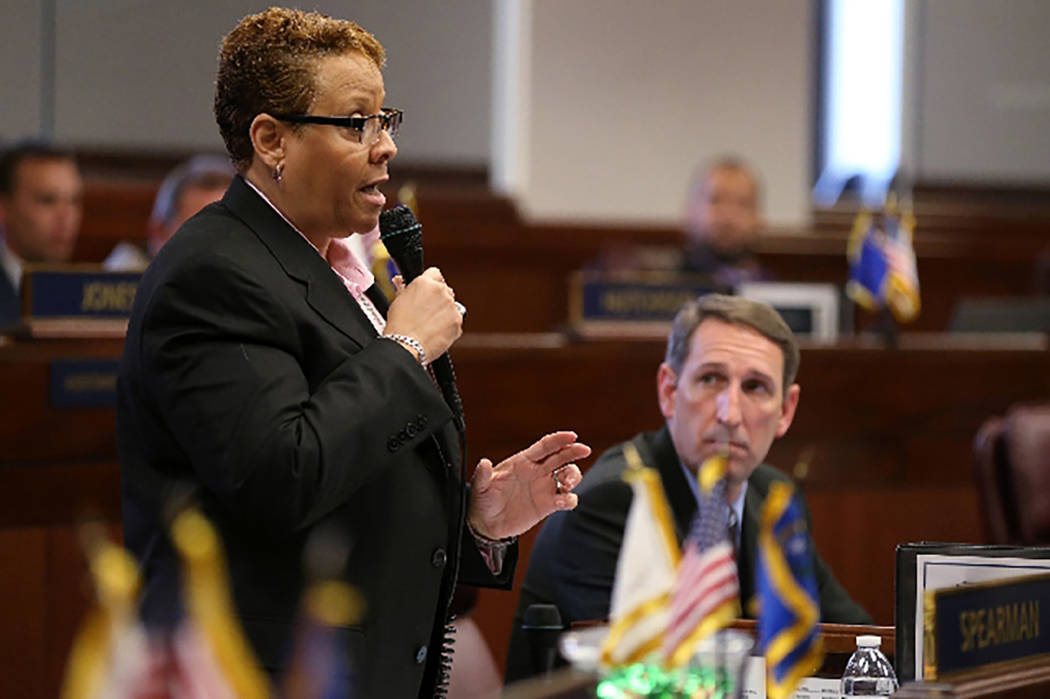 “I think its very important at a time like this for us to be reminded that diversity is a strength, not a weakness,” Spearman said. “Equality matters, and so does equity.”

She has a doctorate degree in business administration with a focus on energy policy and said she wants to ensure that Nevada stays a leader on the clean energy front.

Diversity and veterans affairs will also be big components of the campaign for Spearman, who is African-American, a lesbian pastor and former Army lieutenant colonel, she said.

But Spearman emphasized that she intends to evolve her campaign agenda by going out and talking to the voters in Nevada’s 4th District, which includes North Las Vegas, parts of Clark and Lyon County and fully encompasses the rural counties of White Pine, Lincoln, Mineral, Esmeralda and Nye.

“I think it’s critical for me to get out and hear some more from people in the district about what’s important to them,” Spearman said. “I’ve been serving the constituents of SD 1, but obviously CD-4 is quite a bit larger.”

Kihuen announced last month that he will not seek re-election in the wake of multiple women accusing him of sexual harassment and repeated unwanted sexual advances.

Nevada’s 4th District favors Democrats in terms of voter registration, so it’s no surprise that Democrats are starting to line up for the chance to replace Kihuen.

A pair of political newcomers who have also filed to run as Democrats for the seat: Amy Vilela, a Medicare for all advocate and Bernie Sanders supporter, and John Anzalone, principal of Sierra Vista High School.

If Lee were to run, it would set up a rematch of the 2012 Democratic primary race for state Senate District 1 in which Spearman ousted Lee as a two-term incumbent state senator.

Spearman went on to win general election for the state Senate District 1 in 2012, and won re-election in 2016.

On the Republican side, Las Vegas City Councilman Stavros Anthony and Jeff Miller have declared their intentions to run. But former CD-4 Rep. Cresent Hardy, who lost to Kihuen in 2016, has said he may try to retake the seat.