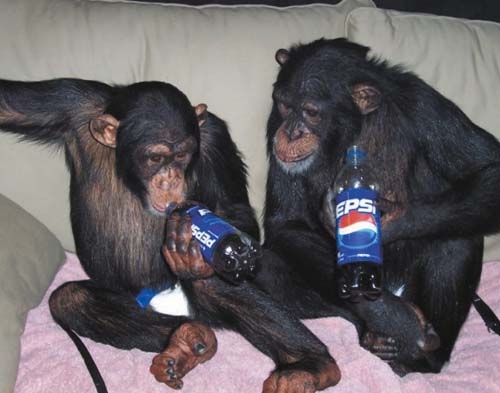 Days after Buddy the chimpanzee was shot and killed following an escape in northwest Las Vegas, a state senator announced Monday he will introduce a bill in the 2013 legislative session to prohibit Nevadans from keeping chimps, large wild cats and other exotic animals as pets.

Sen. Michael Roberson said his bill was in the works before Thursday, when Buddy and his companion C.J. escaped from their cage in the backyard of 5720 Rowland Ave., near Jones Boulevard and Ann Road. But that incident provided an opportune time to introduce what he called a common-sense public safety issue, he said.

“There’s no legitimate reason for someone to have a wild dangerous animal,” said the Las Vegas Republican. “Do we need to wait until a child is killed or seriously injured before we do something?”

With the start of session still seven months away, the bill’s specifics are still being ironed out. The Humane Society of the United States is working with Roberson on it.

The president of that organization, Wayne Pacelle, said it probably will ban everyday Nevadans from owning large wild cats such as tigers, as well as bears, primates, large constricting snakes, alligators and crocodiles. It could also include a “grandfather clause” to exempt current owners of those animals, providing they meet certain housing and safety requirements.

Roberson said he is open to ideas from all proponents and opponents of the change, but said he’s not sure about giving current owners a pass on keeping a potentially dangerous animal.

Police were called to Rowland Avenue around 10:15 a.m. on reports of two chimpanzees on the loose. C.J. was eventually tranquilized and brought back to a secure enclosure. But Buddy, who Las Vegas police said had climbed on top of and pummeled at least one car, was shot and killed as he crossed Ann toward a residential area.

“This is the sort of thing that happens when you don’t have sound, common-sense policies,” Pacelle said.

Nevada is one of just six states in the nation that doesn’t have a law on the books to regulate private possession of wild animals. Most recently, Ohio outlawed the practice after a man in Zanesville famously set loose his collection of wolves, bears and wildcats and then killed himself in October 2011. The other states without such regulations are Wisconsin, West Virginia, North Carolina, South Carolina and Oklahoma.

“Nevada is widely thought to be a ‘wild west’ situation when it comes to private ownership of dangerous wild animals,” Pacelle said. Passing a law through the state Legislature to change that has been on his organization’s radar for years.

Timmi DeRosa, C.J.’s owner and handler, said Roberson’s heart is in the right place – neither she nor her husband, well-known poker player Lee Watkinson, support private ownership of chimpanzees or any other exotic animals. They’re licensed through the U.S. Department of Agriculture, and plan to move the animal to a larger sanctuary.

But DeRosa said his bill won’t get to the heart of the issue: breeding and trading of chimps. While chimpanzees are still on the market to buy from breeders, the problem will persist, she said.

“The first thing you have to do is make it impossible for people to get them” on a national level, she said.

Pacelle said the Humane Society is working on it. A bill to ban the sale of monkeys between states recently passed a U.S. Senate committee, and might soon be headed to the Senate floor.

DeRosa fears that outlawing keeping exotic animals as pets will only force owners to keep them in secret, or move the problem to a state that hasn’t yet banned it.

“There’s no happy ending for them. We don’t need them for children’s parties,” she said.

In the absence of a statewide policy on the ownership of exotic animals in Nevada, control of such animals is now left to local governments. Henderson and North Las Vegas don’t allow them. Las Vegas does, but there are no permits currently out, according to the city.

There are 14 properties throughout unincorporated areas of Clark County permitted to keep exotic animals, including the house on Rowland Avenue where Buddy and C.J. escaped from their enclosure.

To keep wild animals in the county, you need a special land-use permit from the Planning Commission, and to comply with state and federal regulations.

County Commissioner Steve Sisolak said he has pushed for tighter regulations in the county several times in the past few years. Buddy’s escape and death on Thursday could be an impetus for a renewed effort, he said.

County Commissioner Chris Giunchigliani said Buddy and C.J.’s escape brought discussions on changing county regulations to another level. She plans to ask the board’s Animal Advisory Committee to look at the issue and make a recommendation to the full commission on any possible changes. But any suggested changes probably won’t include banning exotic animal ownership in the county. They instead could implement stricter regulations, she said.

Over in Nye County, Scott Shoemaker has a permit to keep more than 20 wild cats, from tigers to an ocelot, on his 10 acres. Shoemaker, director of the organization Responsible Exotic Animal Ownership, called Roberson’s proposal “a knee-jerk reaction.”

“It’s kind of overkill. You have more people killed by dogs in the state than anything,” he said.

Shoemaker said he brings out local fire and emergency crews to train them on how to handle his wild cats, just in case. He and his organization will spend the coming months talking with Roberson and other lawmakers about their side of the story.

Roberson said he is confident he’ll be able to get the support from Senate Democrats and members of the Assembly to put the bill on Gov. Brian Sandoval’s desk in the 2013 session, which begins Feb. 4. The governor’s press secretary did not return a request for comment.

Support from Democrats will depend on the bill’s specifics, said Senate Democratic leader Mo Denis, D-Las Vegas. Denis said he’s not sure an outright ban is the right move.

“With what happened last week  we obviously need to tighten up something,” Denis said.