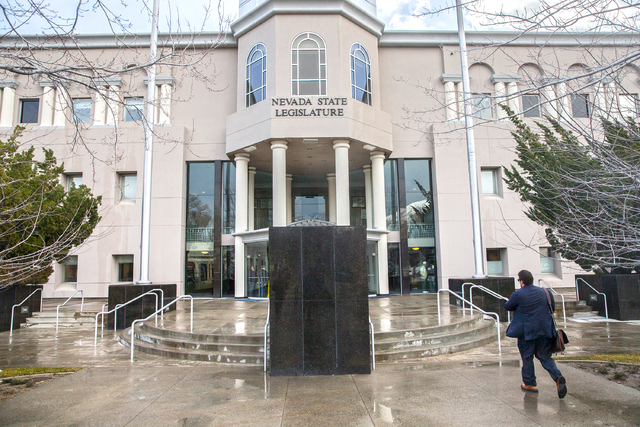 Attendees walk into the Legislative Building during the first day of the Nevada Legislative session on Monday, Feb. 6, 2017, in Carson City. (Benjamin Hager/Las Vegas Review-Journal) @benjaminhphoto

CARSON CITY — A bill allowing transgender people to change their names without publishing their new and original names in a newspaper was passed unanimously Wednesday by the Nevada Senate.

Senate Bill 110 waives the requirement to publish name changes in a newspaper if the reason is to conform to an individual’s gender identity.

Supporters say the bill is necessary to replace an outdated system that violates personal privacy.

Introduced by Democratic Sen. David Parks of Las Vegas and co-signed by many others, SB110 now moves to the Assembly.