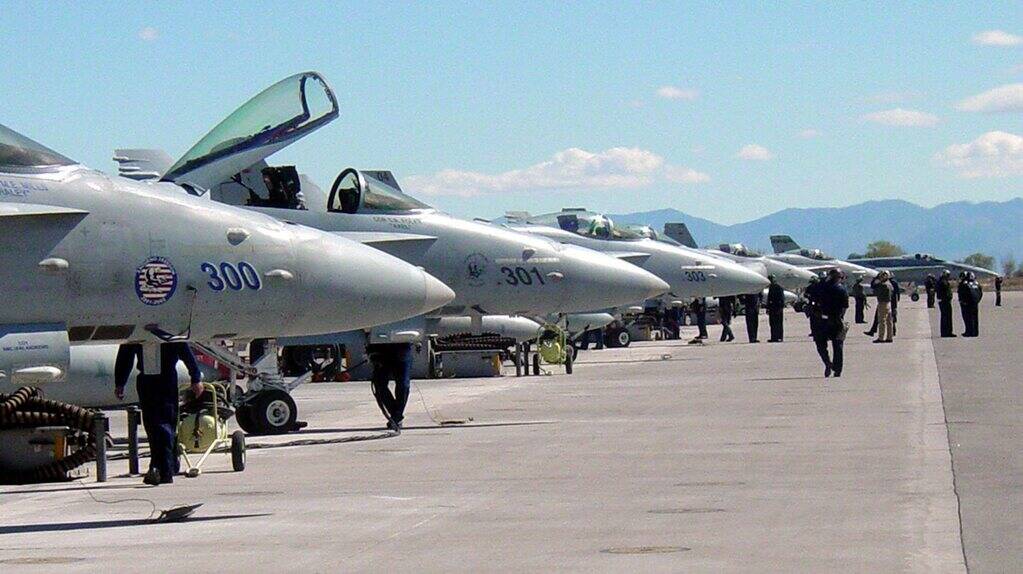 A proposed expansion of the U.S. Navy’s Fallon Range Training Complex will be included in a defense spending bill headed for a vote later this month, Nevada lawmakers announced on Wednesday.

The deal — five years in the making — includes compromises on behalf of the Navy, Native American tribes in the area, Churchilll County and conservationists.

The agreement will expand the Fallon Range Training Complex with an additional 558,535 acres, most of which will be buffer zones. It will also designate over 573,000 acres for conservation purposes. Fallon — which comprises 12,256 nautical miles of airspace and 232,000 acres of land — is home to the Navy’s fighter weapons school, known as “Top Gun.”

“This measure represents one of the most significant pieces of Nevada lands legislation in our State’s history,” said Rep. Mark Amodei, R-Nev., in a statement, calling the measure a “rare, overwhelming, bipartisan consensus.”

Nevada’s federal delegation — including Sens. Catherine Cortez Masto and Jacky Rosen — has worked over the last five years with the different stakeholders to come up with a compromise that supported both military and local tribes and communities.

The legislation was included this month in the defense spending bill for the coming year, which is expected to pass both the House and the Senate when it is voted on later this month, according to Cortez Masto’s office.

“The responsible expansion of the Navy’s Fallon Range Training Complex that I negotiated will improve our national security, fuel economic growth in Churchill County, and preserve important cultural heritage sites for Tribal nations,” Cortez Masto said in a statement. “I worked closely with Senator Rosen and Congressman Amodei, the administration, Senate Armed Services Committee, Congressional leadership, and all local stakeholders to secure this agreement and will make sure it is in the final NDAA.”

“I’m proud to have helped bring all stakeholders to the table to put together a balanced deal to support our military while also increasing our conservation efforts, promoting economic development, and addressing Tribal and local government needs,” said Rosen in a statement.

The training complex in Fallon is the Navy’s premier training environment and is vital in “ensuring tactical aviation readiness and improved ground forces training that can meet the demands of today and the threats of tomorrow,” said Secretary of the Navy Carlos Del Toro in a statement.

Amber Torres, chairman of the Walker River Paiute Tribe, said the legislation resolves an historic injustice against the tribe.

“We can now begin the healing process, with restored sacred lands, expansion of our tribal homeland, just compensation and the opportunity for new economic development for the benefit of our people,” Torres said in a statement.

The three new wilderness areas included in the agreement are the Clan Alpine, Cain Mountain and Desatoya Mountains along with a new national conservation area in Churchill and Lander counties, said Friends of Nevada Wilderness Executive Director Shaaron Netherton in a statement.

“While we are disappointed there is not more conservation in this bill, we look forward to continuing to work with the delegation next year to advance on-going conservation efforts around the state,” Netherton said.

Amodei said in a statement that some of the aspects originally included in the measure were omitted, including designating more than 148,000 acres of wilderness, transferring 2,600 acres of land to the Washoe Tribe, a prohibition on oil and gas production in nearly 350,000 acres of the Ruby Mountains and different county lands bill components. Those provisions will be prioritized in the next congressional session, Amodei said.

Gov. Steve Sisolak said the plan reflects “the best in bipartisan collaboration” between the Nevada congressional delegation, the Navy, tribes and others.

“I salute Congressman Amodei and Senators Cortez Masto and Rosen for their hard work on the front lines and behind the scenes to deliver this great win for the Silver State,” Sisolak said in a statement.