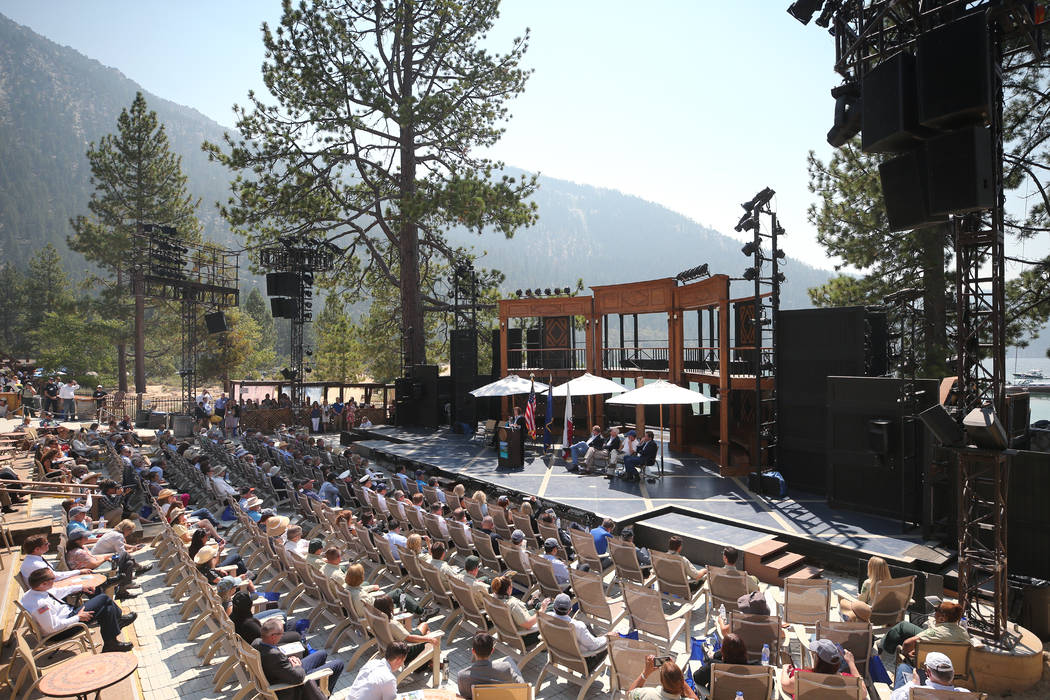 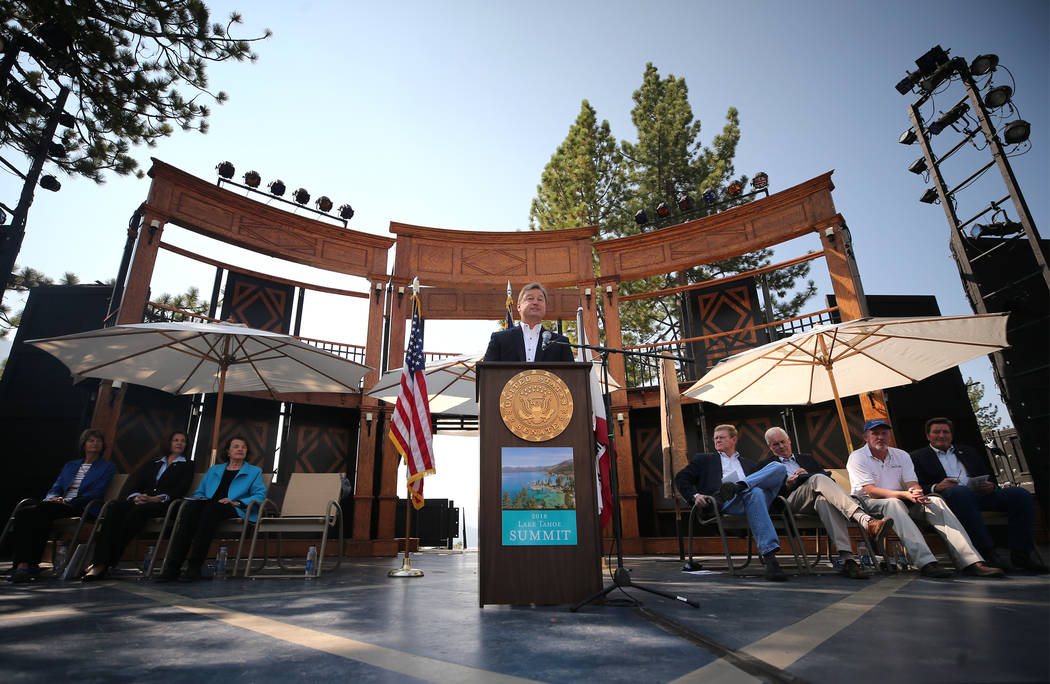 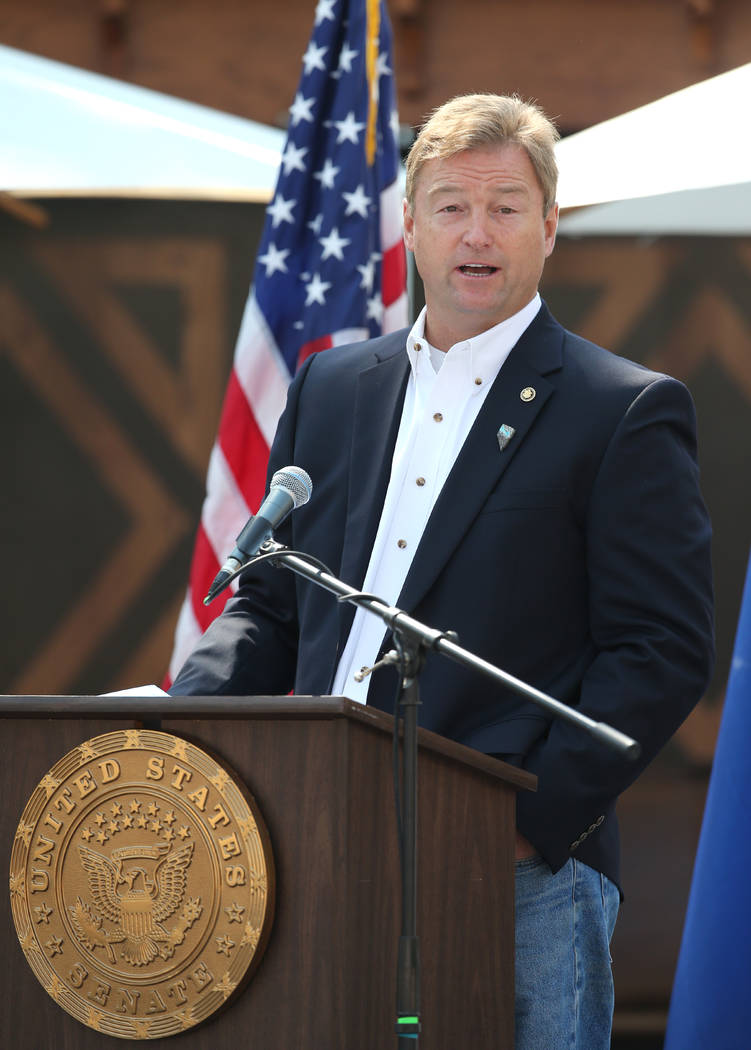 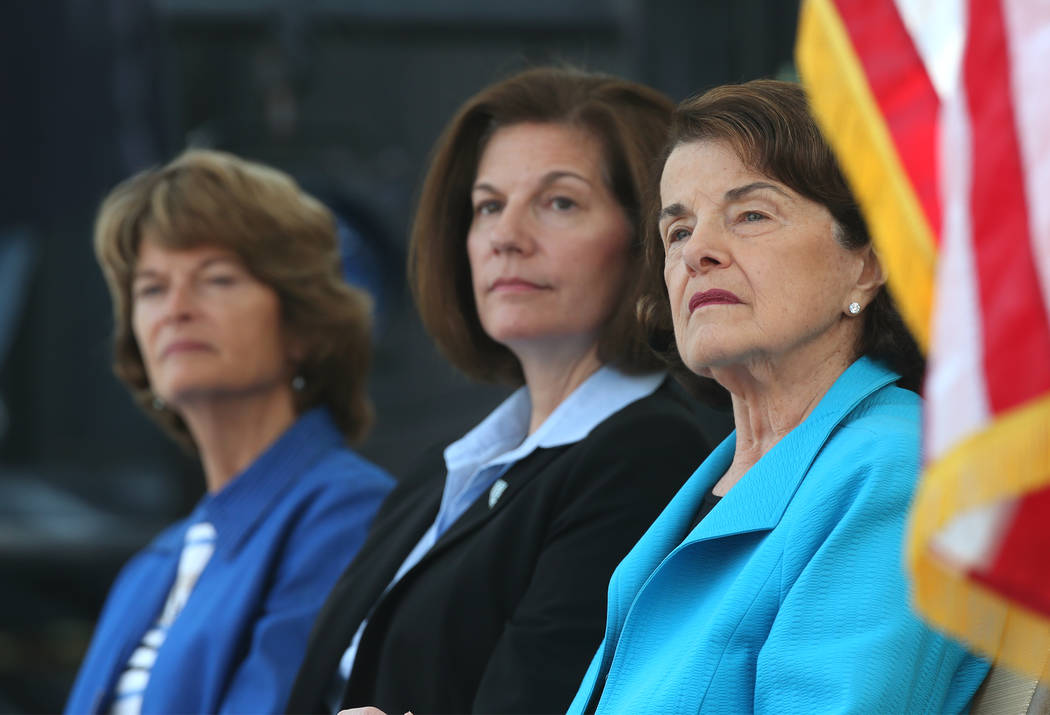 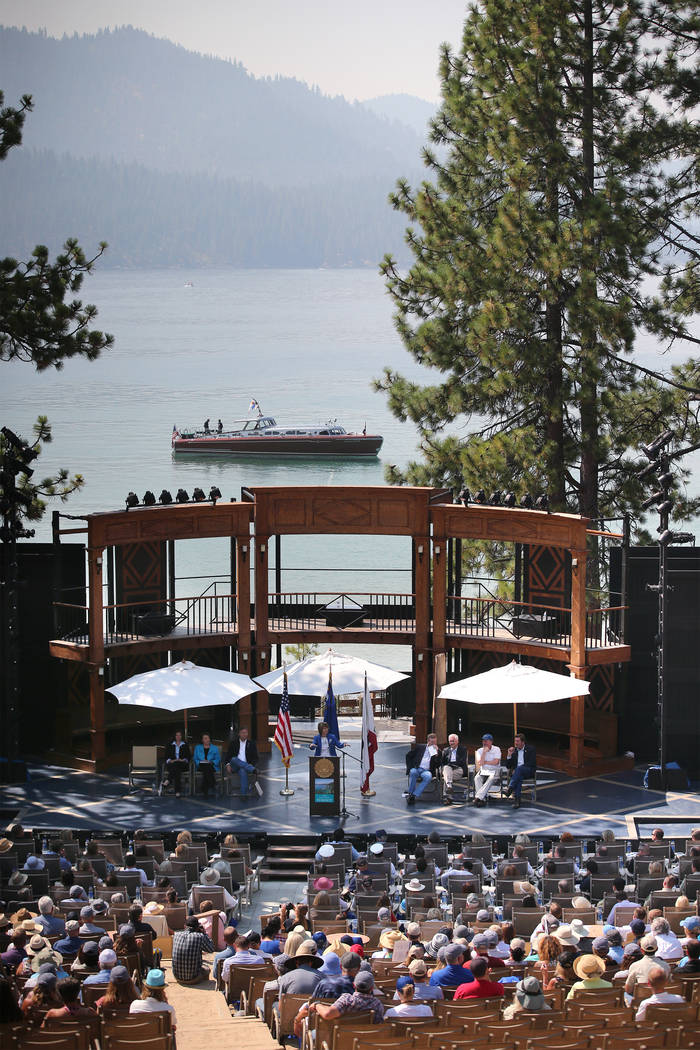 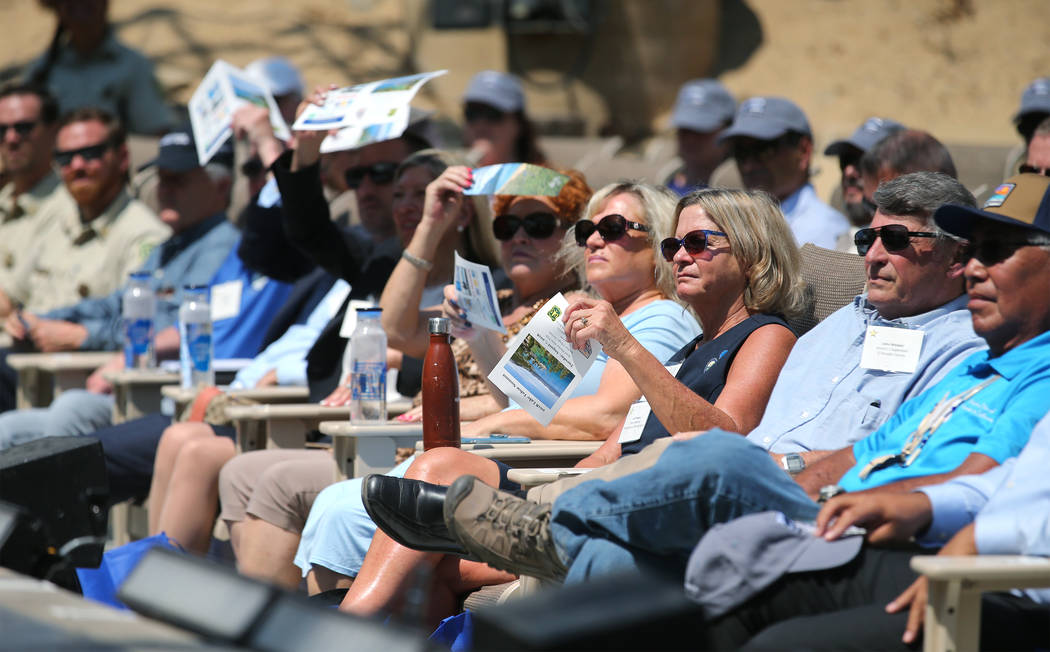 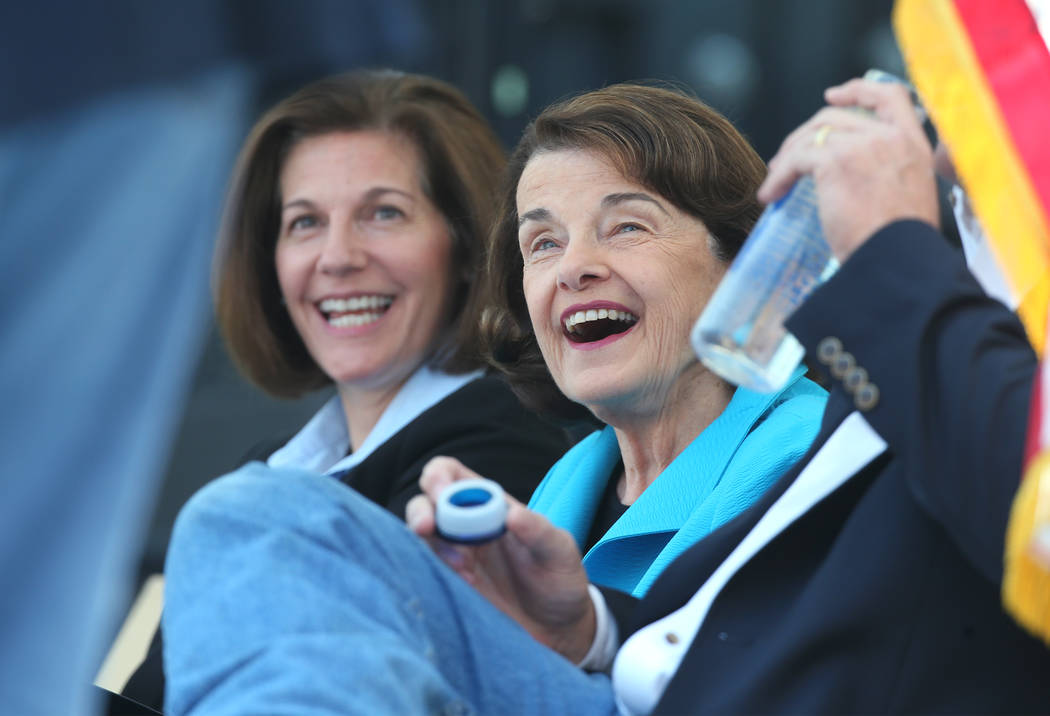 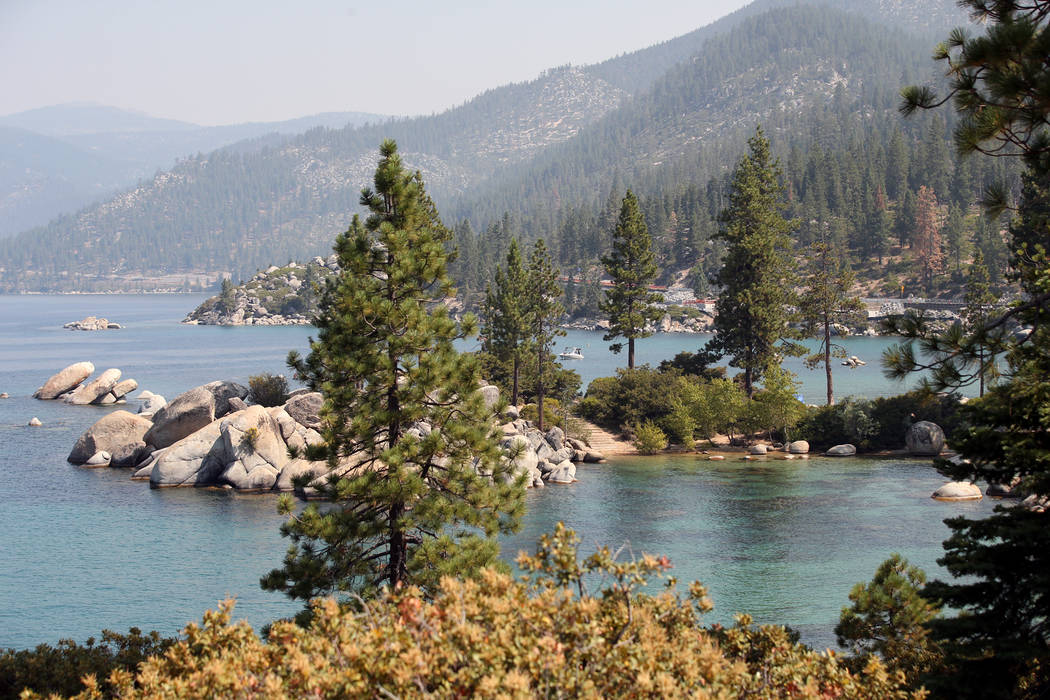 INCLINE VILLAGE — The bipartisan group of lawmakers at Tuesday’s Lake Tahoe Summit didn’t need any help setting the tone for the annual meeting about preserving what naturalist John Muir called the “Queen of Lakes.”

The smoky haze that filled the Tahoe basin — reminders of the massive, destructive fires burning in California and Nevada — did it for them.

“The Tahoe basin is on borrowed time,” U.S. Rep. Tom McClintock, R-Calif., said at the 22nd annual summit, which was held this year at Sand Harbor State Park on the Nevada side of the lake. McClintock’s 4th Congressional District includes much of the High Sierra and all of the California side of Lake Tahoe’s shores.

McClintock painted a dark image of Tahoe after a blaze, with blackened structures and ash falling across the lake.

“The fires are all around us. We can see the smoke in the air,” he said. “How much longer does Tahoe have?”

The summit’s host this year, Nevada Republican Sen. Dean Heller, took a lighter tone, but the wildfires that have ravaged the two neighboring states could not be ignored.

Heller noted that last year’s fire season was one of the worst on record for the Silver State, with nearly 1.2 million acres burned.

And given that Nevada and California both have seen enormous wildfires this summer — the Martin Fire in Nevada burned more than 435,000 acres while the Mendocino Complex Fire currently burning northwest of Sacramento has topped 290,000, overtaking last year’s Thomas Fire for the biggest in state history — the outlook for 2018 is bleak.

“That’s why it’s so important that Lake Tahoe has the resources to prevent and suppress fires,” Heller said, while also announcing $226,000 in new funding that will go toward installing the final wildfire cameras in the Alert Tahoe camera system. Those cameras are placed on peaks across Nevada so that fire officials, as well as the general public, can look for the early signs of fires in hopes of putting them out quickly.

In 2016, Congress passed the Lake Tahoe Restoration Act, which allocated $415 million as part of a multipronged approach to preserve the lake and surrounding areas. That money will be used for wildfire suppression and prevention, and to fight against invasive species in Tahoe, most notably the Quagga mussels.

Sen. Dianne Feinstein, D-Calif., noted that Congress recently approved the transfer of seven Air Force C-130 Hercules planes to Cal Fire, the state’s fire protection agency. Two of those planes are being used to fight fires in the West. When the other five come on board, she added, Cal Fire will have the world’s largest aerial firefighting fleet.

While McClintock laid much of the blame on the fires on a lack of tree and fire fuel thinning for the last three decades, Feinstein and Sen. Catherine Cortez Masto, D-Nev., each honed in on climate change as the driving force behind the increased frequency and destructive force of wildfires in recent years.

“We are facing, and I will say it, climate change. I do believe the science,” Cortez Masto said.

The solution, Cortez Masto added, is to “break our addiction to fuels of the past and move toward our clean energy future.”