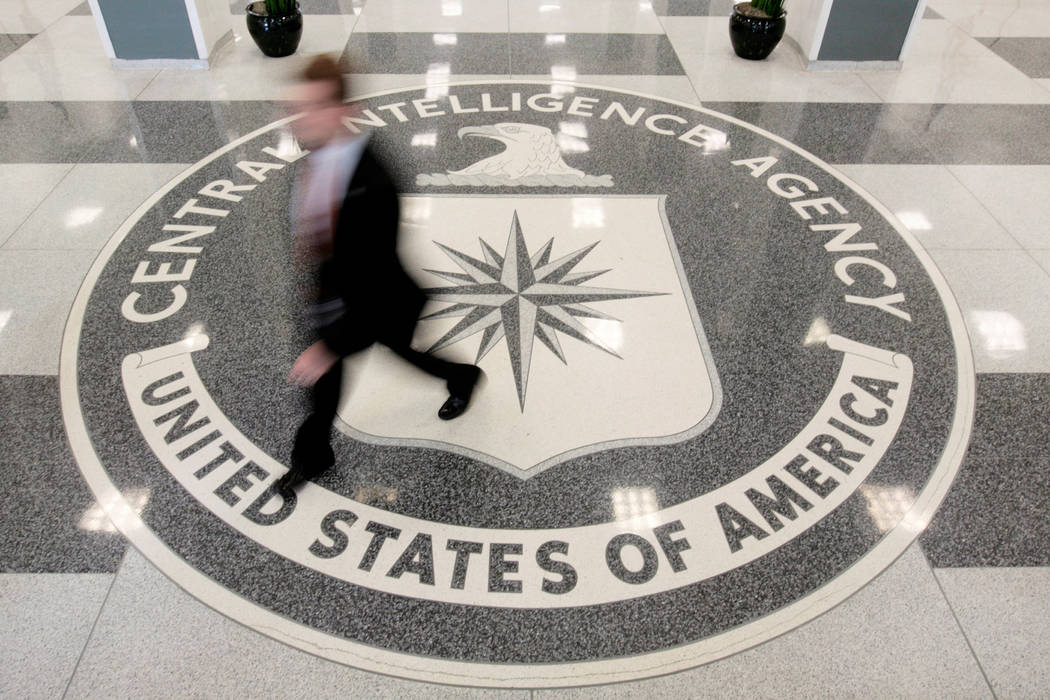 The lobby of the CIA Headquarters Building is pictured in Langley, Virginia, on August 14, 2008. (Larry Downing/File, Reuters)

WASHINGTON/BERLIN — U.S. intelligence and law enforcement officials said Wednesday they have been aware since the end of last year of a security breach at the CIA that led to anti-secrecy group WikiLeaks publishing agency documents on its hacking tools.

The officials, who asked not to be identified, told Reuters that they believed that the documents published byWikiLeaks on Tuesday were authentic.

President Donald Trump is “extremely concerned” about a security breach at the CIA that led to anti-secrecy group WikiLeakspublishing agency documents on its hacking tools, the White House said Wednesday.

White House spokesman Sean Spicer said at a news briefing that the Trump administration intends to be tough on leakers.

Investigators were focusing on CIA contractors as the likely source of passing materials to WikiLeaks, the officials said. The group published what it said were nearly 8,000 of pages of internal CIA discussions about hacking techniques used between 2013 and 2016.

In Germany on Wednesday, the chief federal prosecutor’s office said that it would review the Wikileaks documents because some suggested that the CIA ran a hacking hub from the U.S. consulate in Frankfurt.

“We’re looking at it very carefully,” a spokesman for the federal prosecutor’s office told Reuters. “We will initiate an investigation if we see evidence of concrete criminal acts or specific perpetrators.”

Reuters could not immediately verify the contents of the published documents, but several contractors and private cyber security experts said the materials appeared to be legitimate.

The latest revelations came days before Chancellor Angela Merkel is due to visit Washington for an initial meeting with U.S. President Donald Trump, who has sharply criticized Berlin for everything from its trade policy to what he considers inadequate levels of military spending.

The Wikileaks documents may also complicate bilateral intelligence ties that have just begun to recover after a series of scandals, including news in 2013 that the National Security Agency had bugged Merkel’s cellphone. The consulate was already heavily investigated by German lawmakers after that incident.

Merkel last month told lawmakers she did not know how closely Germany’s spies cooperated with their U.S. counterparts until 2015 when former NSA contractor Edward Snowden revealed the BND spy agency had for years passed on information to the NSA about European companies and politicians.

Germany scaled back the level of cooperation with the NSA after those revelations.

U.S. officials have acknowledged that the consulate in Frankfurt is home to a CIA base. A facility adjacent to the city’s airport and the Rhein-Main Air Base has for many years been home to the CIA’s “Tefran” station, a U.S. center for collecting intelligence on Iranian activities in Europe, maintaining surveillance on Iranian officials and targeting potential defectors working in Iran’s nuclear weapons program.

Foreign ministry spokesman Sebastian Fischer told a regular government news conference that Germany took the issue seriously, but more work needed to be done to verify the authenticity of the documents. Berlin was in close touch with Washington about the case and such matters generally, he said.

Officials at the German government news conference declined to answer questions about any knowledge Berlin might have about CIA activities in Germany. Government spokesman Steffen Seibert said Germany’s domestic intelligence agency was tasked with uncovering espionage activities in Germany, and carried out its work comprehensively.

Wikileaks reported CIA employees had been given diplomatic passports and State Department identities to carry out their work in Germany at the U.S. consulate in Frankfurt, focused on targets in Europe, the Middle East and Africa.

The documents included advice for CIA experts about life in Germany, including the fact that shops are closed on Sundays, and to have “your cover-for-action story down pat” when they passed through German customs.

One European official, speaking on condition of anonymity, said the Wikileaks material could in fact lead to closer cooperation between European spy agencies and U.S. counterparts, which share concerns about Russian intelligence operations.

The European official said there was suspicion, still unconfirmed, that Moscow could have had a hand in the latest leaks. U.S. spy agencies accuse Russia of meddling in the U.S. presidential election last year, which Russia denies.

“It’s interesting and maybe significant that this leak coincides with stepped-up Russian attempts to influence upcoming European elections, intimidate the Baltic states and other former Soviet satellites in Eastern Europe, and destabilize NATO and the European Union,” said the European official.

When a reporter at the German government news conference asked whether it was a double standard that Berlin tolerated U.S. spying while trying to root out such activity by Russians, one of the government spokesmen said Berlin had good reason to suspect Moscow of seeking to influence Germany’s election.