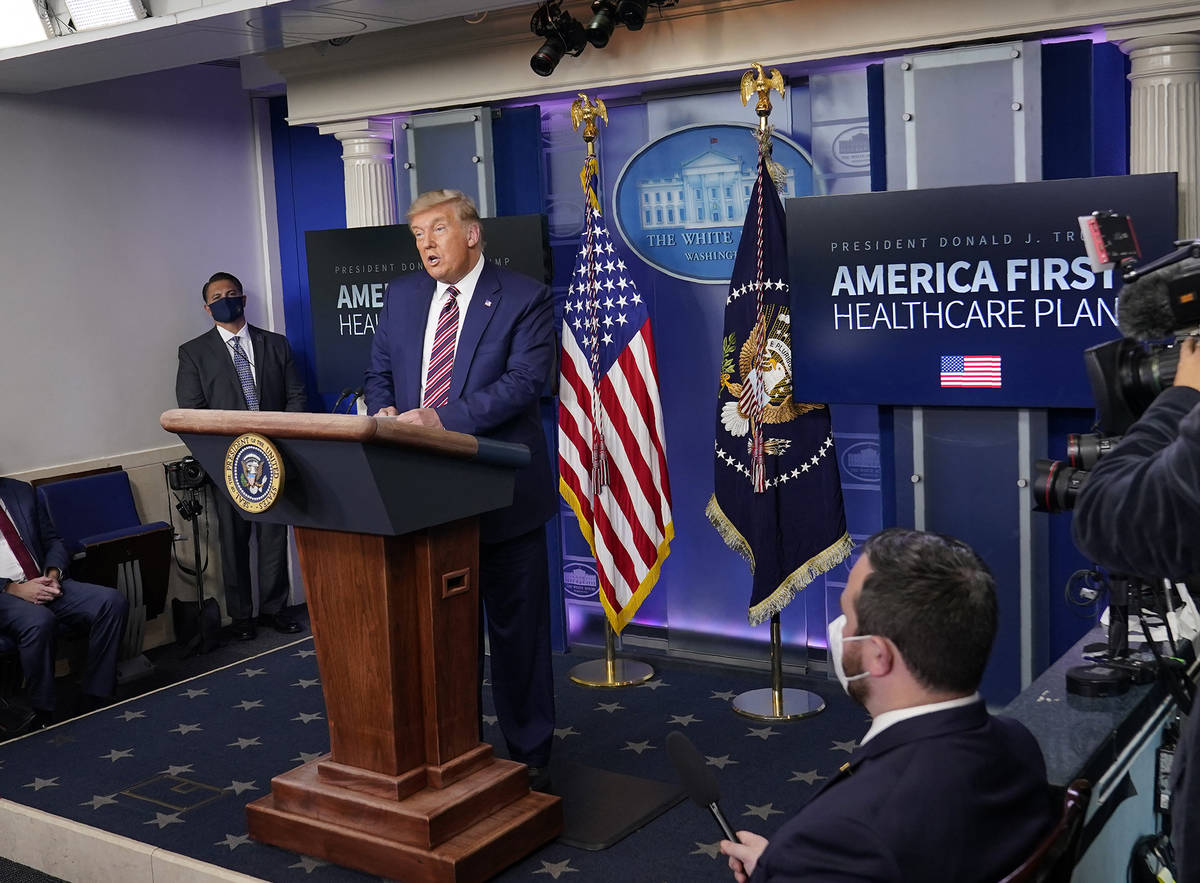 President Donald Trump speaks during an event in the briefing room of the White House in Washington, Friday, Nov. 20, 2020, on prescription drug prices. (AP Photo/Susan Walsh) 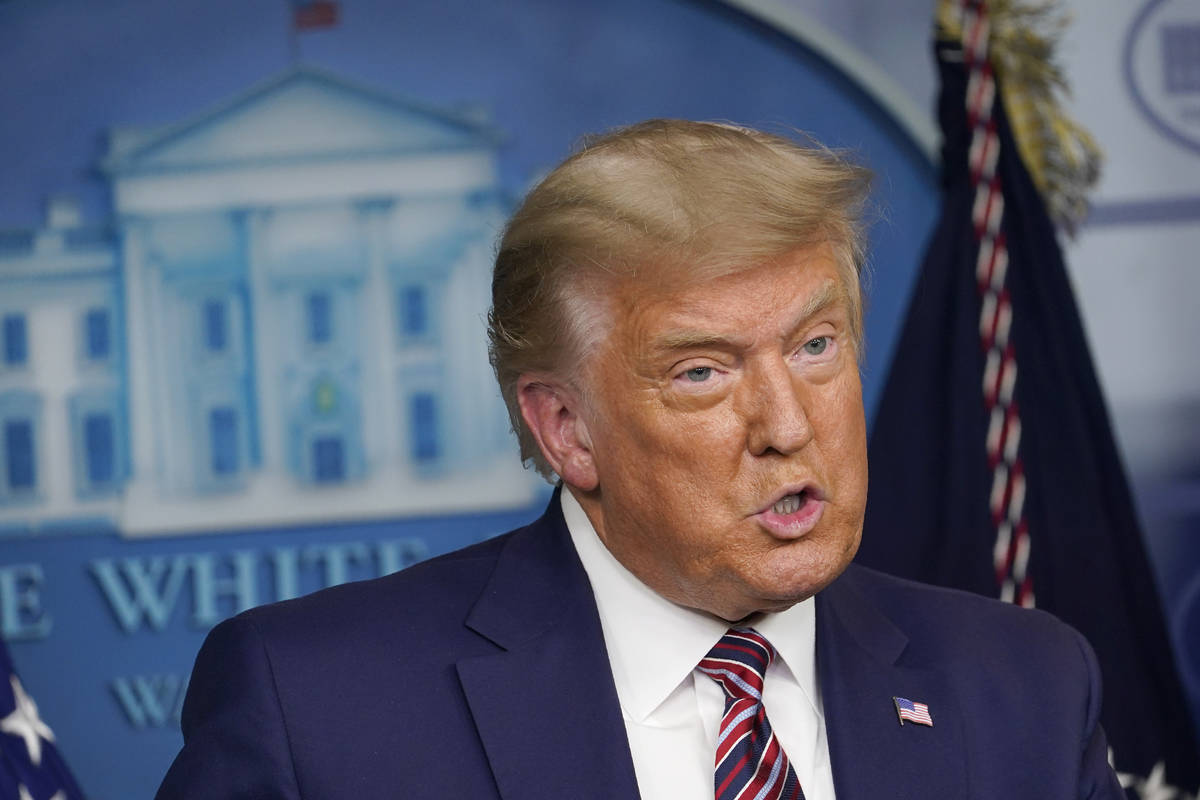 President Donald Trump speaks during an event in the briefing room of the White House in Washington, Friday, Nov. 20, 2020, on prescription drug prices. (AP Photo/Susan Walsh)

WASHINGTON — The White House took something of a victory lap Friday as Pfizer Inc. formally asked U.S. regulators to allow emergency use of its COVID-19 vaccine.

The company’s application for emergency use authorization from the U.S. Food and Drug Administration comes months ahead of predictions from health care experts who even wondered if pharmaceutical concerns could develop an efficacious vaccine for a novel virus.

“You wouldn’t have a vaccine, if it weren’t for me, for another four years because FDA would’ve never been able to do what they did — what I forced them to do,” the president said.

Pfizer’s announcement comes days after the company and its German partner BioNTech announced that its vaccine appears 95 percent effective at preventing mild to severe COVID-19 disease in a large, ongoing study.

The companies said that protection plus a good safety record means the vaccine should qualify for emergency use authorization, something the FDA can grant before the final testing is fully complete.

With the coronavirus surging around the U.S. and the world, the pressure is on for regulators to make a speedy decision. Still, FDA Commissioner Steve Hahn told the Review-Journal that “we’re going to take the time to do the job right.”

FDA scientists and statisticians will look at the data immediately and draw their own conclusions about the vaccine, he said.

The good news about Pfizer’s vaccine is expected to be followed in short order by an application from Moderna, which also has developed a vaccine that in trials has been shown to be more than 90 percent effective, press secretary Kayleigh McEnany said during a separate Friday news briefing.

It was the first briefing McEnany has held since Oct. 1, when Trump tested positive for the virus. McEnany, who tested positive days after Trump, used Friday’s briefing to praise the swift progress made since May 15, when Trump announced Operation Warp Speed, the administration’s program to develop a vaccine and speed up its production.

Trump on Friday accused Pfizer of delaying an assessment of the vaccine until after the election — “which I won by the way.”

Factcheck.org has rated Trump’s claim about the announcement to be “baseless” and “without evidence.”

Hahn stressed the FDA’s criteria for a vaccine that crosses “all ethnic and age groups” and individuals with co-morbidities. The FDA will be alert for any “safety signals” and will examine how vaccines are manufactured.

Hahn said he is not sure when the FDA review will be done but noted that there will be opportunity for public comment.

The news came as the Trump campaign continued to try to overturn state counts in the Nov. 3 election, which The Associated Press called for Democrat Joe Biden. The former vice president won 306 Electoral College votes to Trump’s 232.

Members of the transition team for the president-elect have warned that people may die if the General Services Administration does not authorize federal employees to coordinate with the incoming administration about how to distribute the vaccine for 300 million Americans.

“The longer we wait on transition, the more people will get infected and die,” Dr. Celine Gounder, who served on Biden’s COVID-19 panel, told CNBC’s “Squawk on the Street” Thursday.

Asked about the GSA delay, McEnany responded, “Right now, there’s a constitutional process that’s being played out. There are questions being asked in court. But the GSA will determine when ascertainment is reached.”

Trump’s decision to continue to fight the apparent results of the election when he could be working to distribute vaccines far ahead of expert predictions has baffled some critics.

“The Pfizer vaccine operation via Operation Warp Speed looks like it could be one of the Trump’s administration’s great accomplishments,” CNN’s Jake Tapper tweeted, “but instead of basking in that success and what it could mean for the American people, this is how he views it and wants his supporters to see it.”