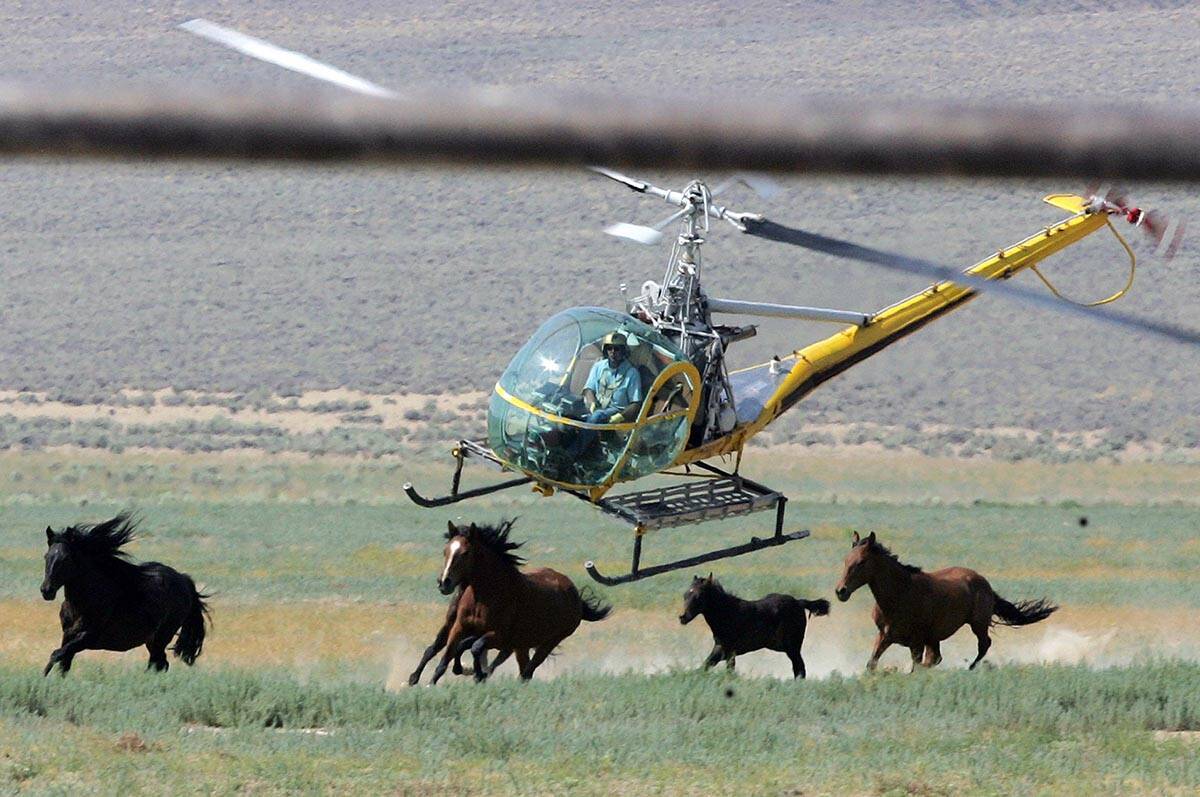 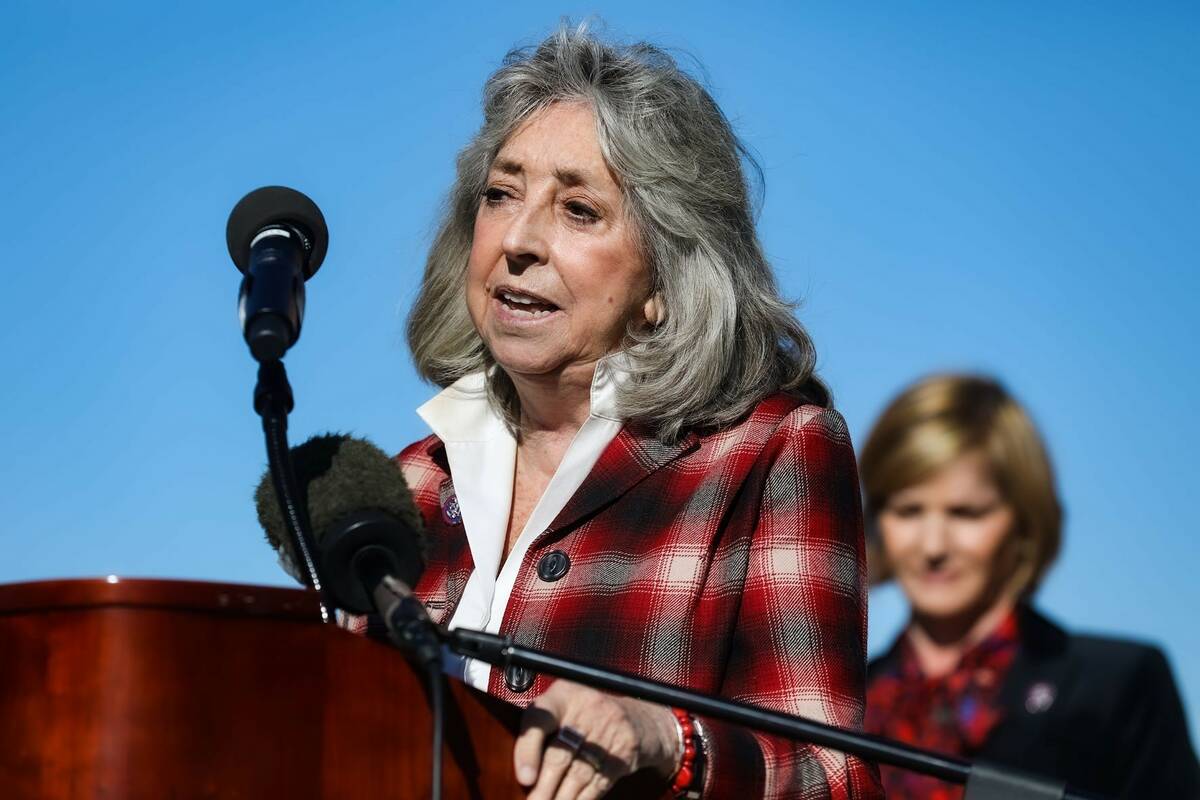 WASHINGTON – Congress is urging the Biden administration to ban helicopter roundups of wild horses in Nevada and Western states due to injury and cruelty.

“Save a horse, hire a cowboy,” Rep. Dina Titus, D-Nev., said on the House floor, using a play on words to a popular country song by Big & Rich.

Titus was one of several lawmakers who came forward this week with legislation and calls to administration officials on behalf of wild horses and burros.

The government maintains its current practices are needed, and safe, in culling out wild horses and burros from delicate public lands. The removed animals are put up for adoption.

But a helicopter roundup of horses near Ely, Nevada, last month documented the frenzy of the aerial practice that left one young foal injured with a broken leg. The animal was later shot because of its wounds, Titus said.

She is one of several lawmakers who have filed legislation to curb current practices. Her bill would ban the use of helicopters in roundups in states like Nevada, “home to the largest population of wild horses in the nation.”

“Taxpayer-funded roundups and removals are not only costly and ineffective management strategy, they endanger the lives of these animals, particularly when helicopters are used,” she said.

The Wild Horse and Burro Protection Act would also require the Bureau of Land Management to hire more wranglers, prohibit the use of helicopters and order a government study of “humane alternatives to protect these icons of the American West which remain a source of pride for Nevada residents.”

In a letter Wednesday, Cohen, a member of the Congressional Animal Protection Caucus, urged the Interior Department and Bureau of Land Management to put off a scheduled weekend roundup of horses of the Onaqui herd in Utah.

The wild horse roundups are a tool for the Bureau of Land Management to remove excess horses and burros to protect public lands from overgrazing and the animals from starvation, according to the agency website.

In January, the agency said there were 86,000 animals on public lands and that employees planned to gather 22,000 by September 2020, removing 19,000 horses and burros, but releasing 2,300 back onto public lands following fertility treatments.

The Bureau of Land Management also announced it has enhanced safety and protection measures in its adoption program that allows people to purchase the animals, but prohibits the resale that would result in slaughter in foreign countries.

“We have an unwavering commitment to the humane care and placement of America’s wild horses and burros,” Stone-Manning said in the statement announcing the protection measures.

But the American Wild Horse Campaign said the enhancements announced by the Bureau of Land Management are insufficient to stop the slaughter of animals through the adoption process.

And the group’s director, Suzanne Roy, has called for an end to planned roundups in Colorado, Utah, Nevada and other states.

The campaign backs efforts by Cohen, Titus and another legislative measure by Rep. Don Beyer, D-Va., to curtail the slaughter of donkeys.

Donkey hides are being used in China and other foreign countries for alternative medicine and beauty treatments, animal rights groups claim.