WASHINGTON — For the third time since he took the oath of office, President Donald Trump dangled possible picks for a U.S. Supreme Court vacancy and Washington engaged in a familiar game of looking for clues gleaned from tweets, gaggles and rumors.

Trump already has said his choice to fill the vacancy created by the death of Justice Ruth Bader Ginsburg, who died Friday, will be a woman already on his list of nominees. He has teased that he probably will announce his choice on Saturday.

The early and clear favorite is Amy Coney Barrett, 48, a judge on the Seventh Circuit Court of Appeals who was included in Trump’s second tranche of judges.

A one-time clerk to the late conservative lion Justice Antonin Scalia, Barrett is a graduate and former law professor at Notre Dame Law School, a break from the usual Harvard or Yale Law School resume. Supporters often refer to Barrett as a female Scalia.

Barrett attained rock-star status during her 2017 confirmation hearing for the 7th U.S. Circuit Court of Appeals bench when Sen. Dianne Feinstein told the mother of seven, “The dogma lives loudly within you, and that is a concern.” Social conservatives viewed the statement as anti-Catholic and quickly began making and selling “The dogma lives loudly within you” T-shirts.

When the Senate confirmed Barrett by a 55-43 vote in 2017, NARAL Pro-Choice America protested that she was “aligned with extreme, anti-choice organizations” and “believes Roe vs. Wade was incorrectly decided.”

Over the weekend, a name less established in the conservative universe popped up: Judge Barbara Lagoa, 52, of the Eleventh Circuit Court of Appeals. A Miami native and Cuban-American whose parents came to the United States as exiles, Lagoa has a personal success story that could appeal to Hispanic voters in the key battleground state of Florida.

Lagoa represented Elian Gonzalez, a 5-year-old Cuban whose mother died at sea in 1999 while taking herself and her son to Florida in a losing legal battle with the Clinton Department of Justice that ended with federal agents seizing the child from a relative’s Miami home and uniting the boy with his father.

Monday when asked about Lagoa, Trump told reporters, “She has a lot of support. I don’t know her, but I hear she’s outstanding.”

“If you talk to the conservative leadership, they’d probably prefer Barrett because she’s more of a known quantity than Lagoa,” University of Virginia law professor Saikrishna Prakash told the Review-Journal.

Trump released three lists of potential justices in 2016, 2017 and on Sept. 12 as an exercise in transparency that began during the 2016 campaign as a way to assure undecided social conservatives that he would nominate qualified jurists with solid conservative credentials.

In this instance, the passing of Ginsburg, who was chosen by President Bill Clinton, a Democrat, gives Trump an opportunity to flip the top court’s right-leaning 5-4 tilt to a court weighted with six Republican-appointed justices to three Democratic picks.

Monday Trump told Fox News that his short list, which has not been released, included “a great one from Michigan” – Larsen, an administration official told CNN.

White House chief of staff Mark Meadows told reporters that if there were an official short list, Rushing would be on it. Rushing “happens to be someone from North Carolina. I’m very familiar with her.”

The relative youth of the White House unofficial short list almost guarantees that the next nominee will be able to serve for decades.

Prakash argued that while the Ginsburg seat need not be viewed as a woman’s seat, it would behoove Trump to nominate a woman for a number of reasons. “I think you’d want to have a conservative woman” serving alongside liberal Justices Elena Kagan and Sonia Sotomayor, whom President Barack Obama nominated.

“The optics of (Democrats) attacking a female candidate are bad for them,” Prakash added. “So it puts some of these senators in a bad position. Their instinct is to attack, and I just don’t think that’s going to look good,” especially if they go after a nominee’s religious faith.

While observers speculate on Trump’s choice, former GOP Nevada Attorney General Adam Laxalt told the Review-Journal, “The last thing I want is for us to play politics with this lifetime appointment. The most important thing is that we get this right, and we pick a Supreme Court nominee that will be faithful to the Constitution and upholding and interpreting it, not making law and doing politics from the bench.” 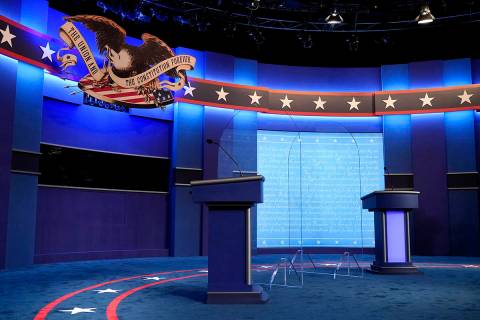 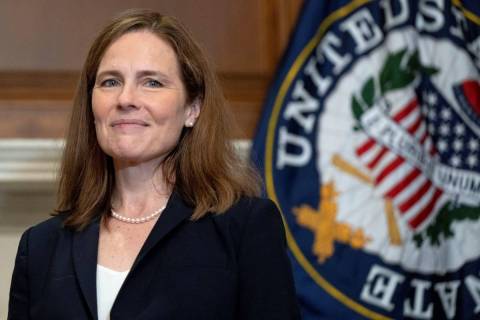