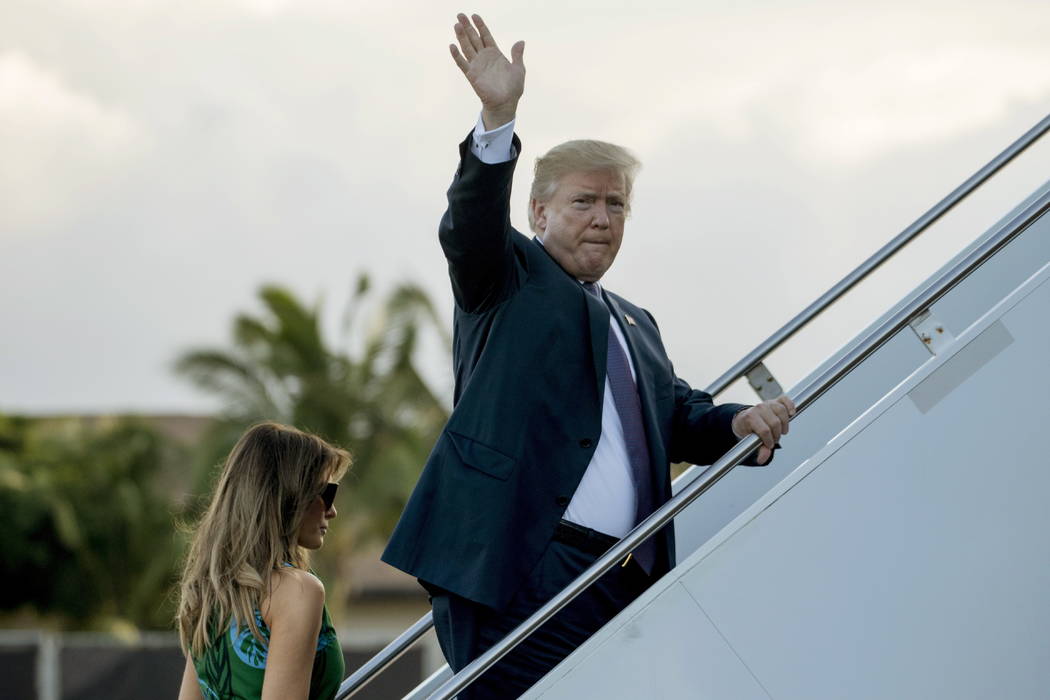 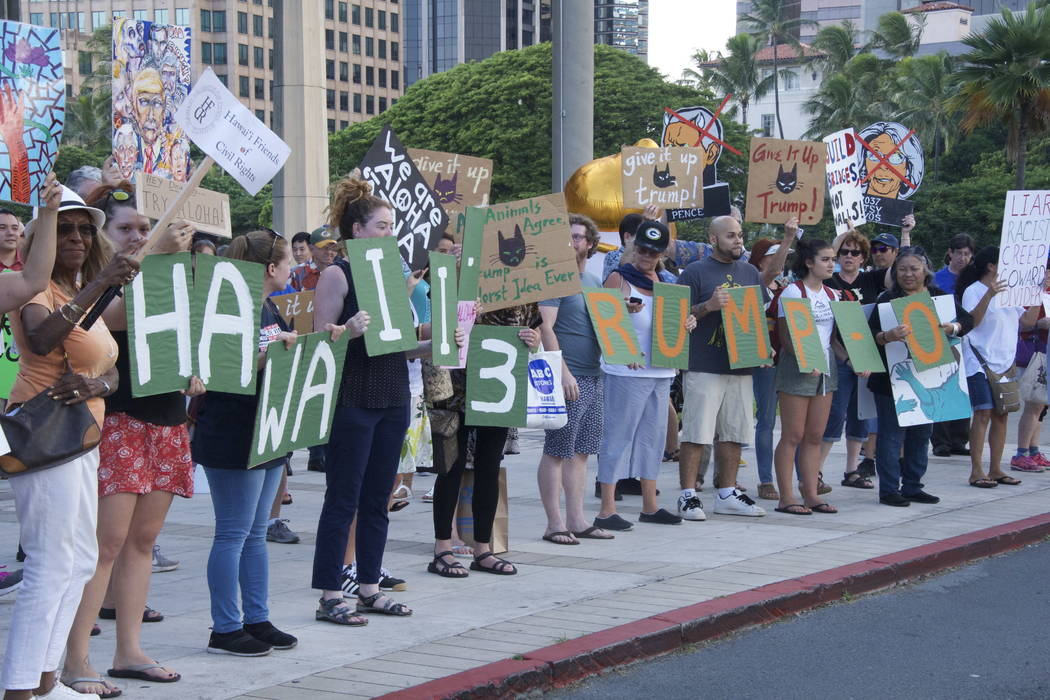 Protesters holding signs line up on Beretania Street during President Donald Trump's visit to the Capitol, Friday, Nov. 3, 2017, in Honolulu. Trump stopped in Hawaii on the eve of his first visit to Asia. (Craig T. Kojima/The Star-Advertiser via AP)

Trump and first lady Melania Trump arrived Nov. 3 and spent less than 24 hours on the island before departing for Asia, KHON2-TV reported Wednesday.

Various city departments worked with the U.S. Secret Service to ensure their safety. The Honolulu Police Department bore the largest share of overtime at more than $100,000.

The city also spent over $9,000 on third-party costs on traffic control devices such as concrete barriers.

Since the president’s visit was not designated as a National Special Security Event by the U.S. Department of Homeland Security, the city does not expect to be reimbursed for the costs associated with the overnight visit.