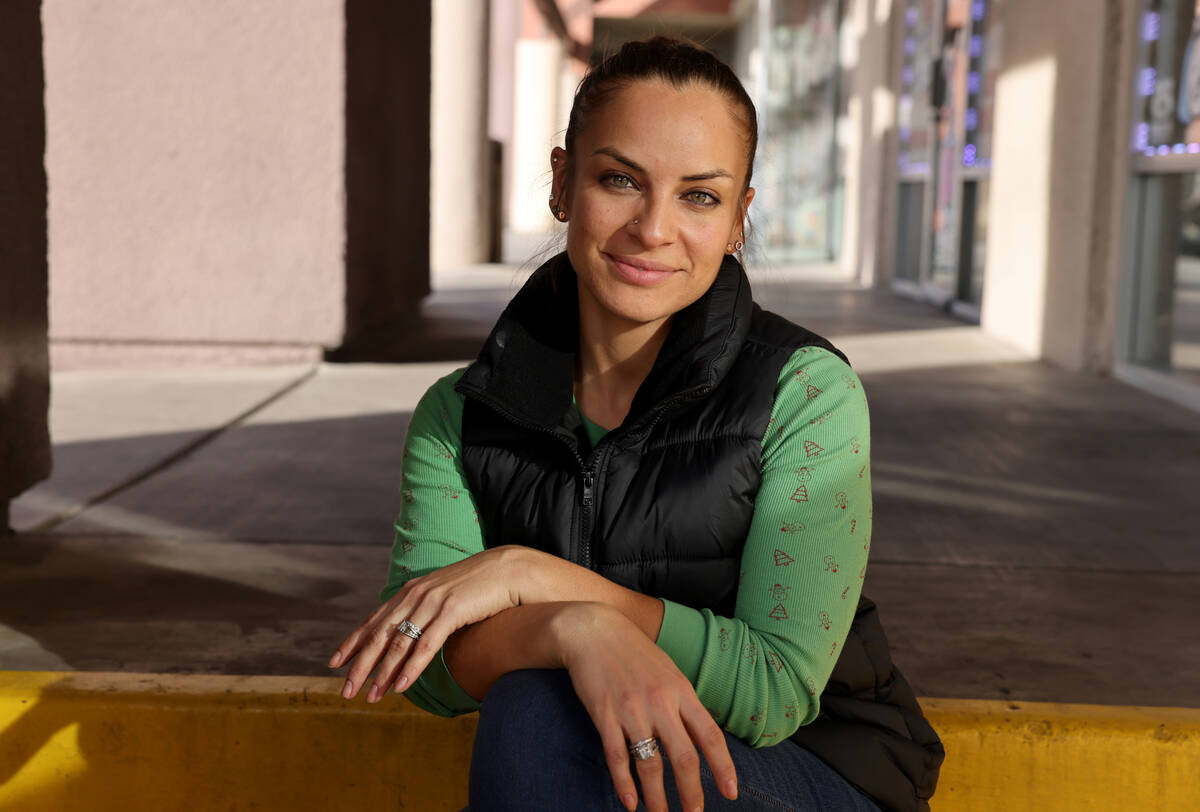 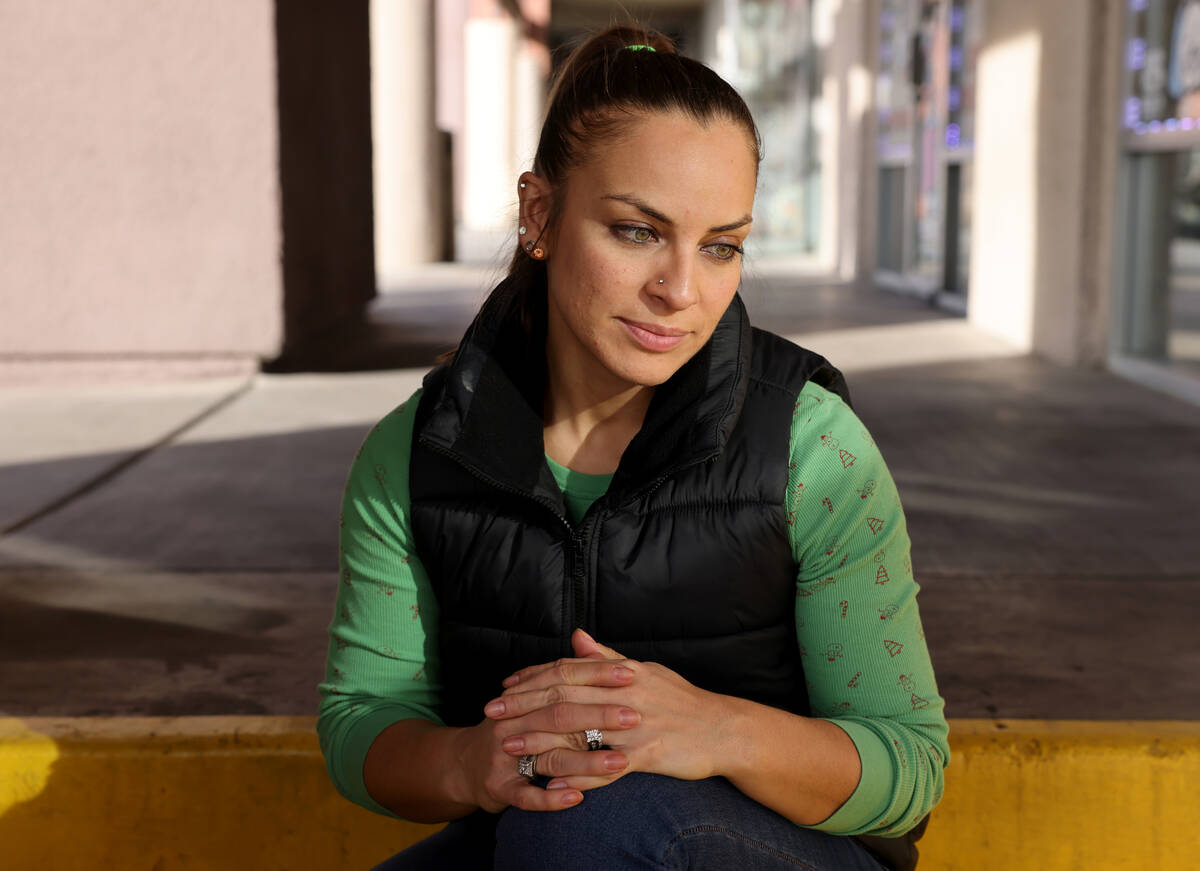 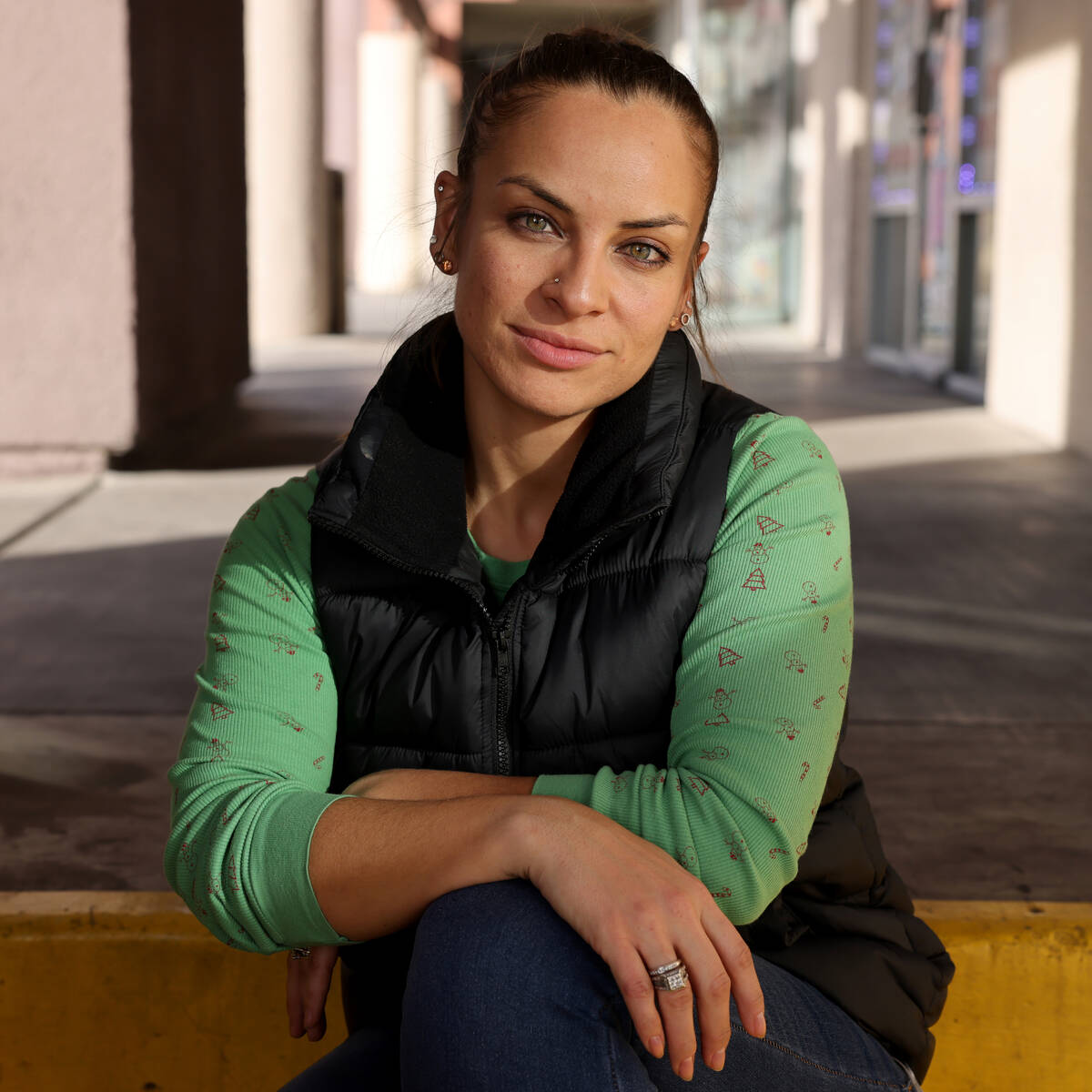 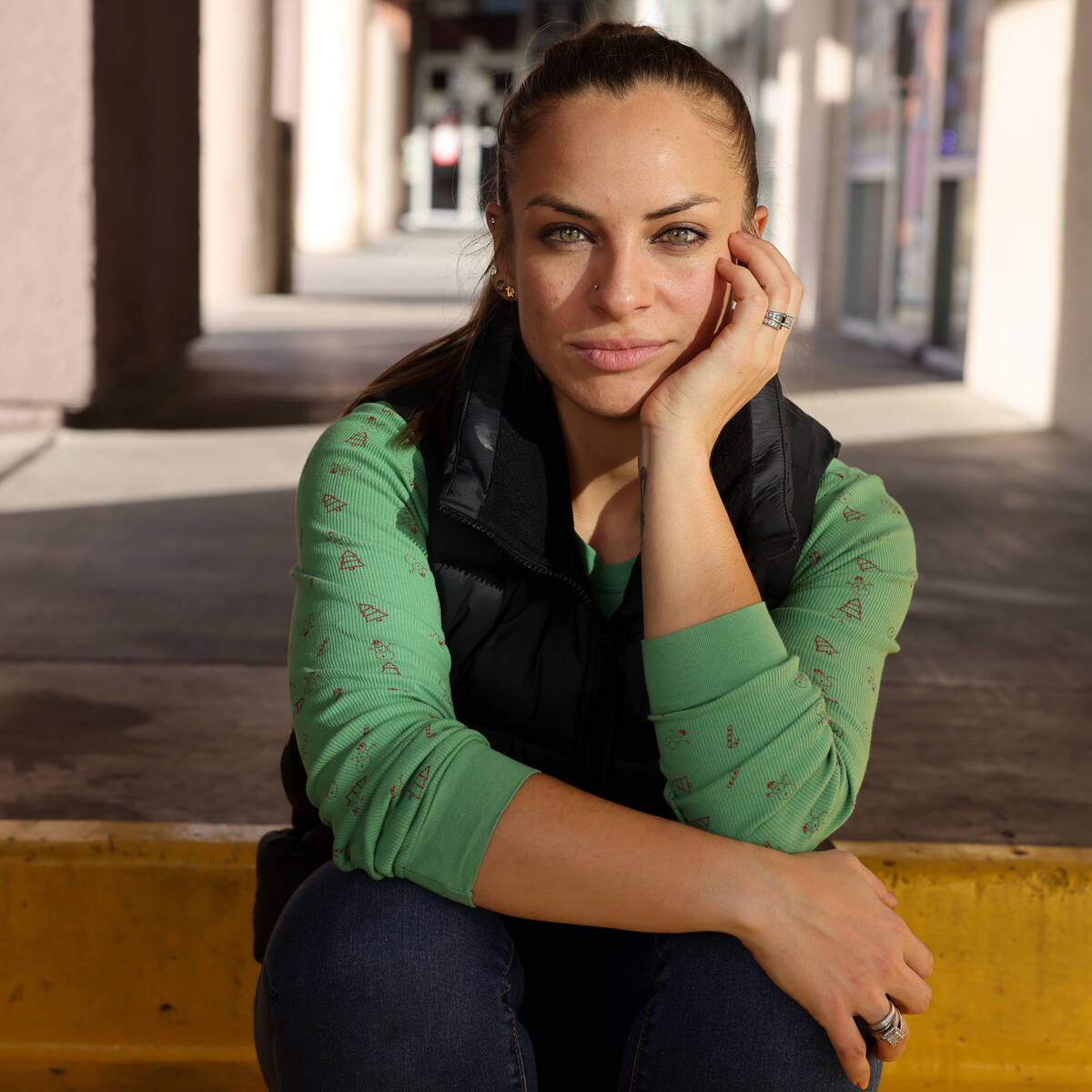 When she was an adult, she started a business with her husband, had two children and also worked at her father’s diner. But behind that life, she was dealing with one looming problem: her immigration status.

Henriques, 35, came to the U.S. legally from Venezuela with her parents when she was 9 years old. Her parents both received their citizenship, as well as her brother, but after 24 years of calling Nevada her home, she has struggled to receive permanent resident status.

At one point she received her green card in the mail, only to be told that it was issued in error and must be returned.

“We’re not struggling. We’re OK,” Henriques said. “We have a good life, my family. But I just feel like it’s unfair.”

Her efforts to become a legal resident — and eventually a U.S. citizen — reveal a possible hole in the immigration system, a hole that Henriques seems to have fallen through.

Henriques’ parents decided to leave Venezuela when their supermarket and laundromat kept getting robbed seemingly every weekend. She and her family were admitted at the Miami, Florida, port of entry in September 1997 with a temporary visa that was extended to August 2000.

The first day her father came to Nevada, he walked into a diner, fell in love with the decor and the food and decided that he wanted to own it.

Henriques and her family began applying for permanent residency, but her parents got divorced, canceling that process and leaving them with just their work permits. Henriques’ mom later remarried to a U.S. citizen, and petitioned for Henriques to be a permanent resident.

But before that process could move forward, her mom was divorced again, canceling the permanent residency process again when Henriques was 14.

In 2011, when Henriques was 23, her dad received his citizenship, which opened a window for her to apply for permanent residency. What she did not know then was that that window would be open for only one year.

“I was elated. I was making plans about the things we were going to do, the people we were going to see. We have family all over the world,” Henriques said. “The biggest thing for me was being able to marry my husband.”

Believing she was a permanent resident, the couple got married. Then came a letter from the U.S. Citizenship and Immigration Services.

The letter said Henriques’ green card was issued in error and would be rescinded. It stated that awarding her permanent resident status was “contrary to law” and that she was “not in fact eligible.”

“Getting the letter was horrifying,” Henriques said, as it also canceled her husband’s petition to become a permanent resident.

The letter said the provision under which she filed for permanent residency applies only when the person seeks it within one year of becoming eligible. In Henriques’ case, she waited five years after her father gained his citizenship.

Also, since she was older than 21, she no longer counted as a child when the application was submitted.

“Because you did not seek to acquire status of a lawful permanent resident within one year of visa availability, (the provision) is inapplicable to your case, and you ceased to qualify as a child for purposes of visa classification,” the letter said.

Henriques said she did not know if the problem with her age was explained to her dad before he filed the petition, but regardless, “it wasn’t anything that could be avoided.”

The letter also said the provision under which she applied for a visa was not applicable to her because she “failed to maintain continuously a lawful status since entry into the U.S.” It said she fell out of lawful status on Aug. 21, 2000, when she was 13 years old, and added that she was not in a lawful status when she filed her application in 2016.

Henriques said that in 2000 her family had applied to extend their visa, but after it expired they just stayed. She is not sure why the U.S. Citizenship and Immigration Services said she was not in a lawful status in 2016.

The letter also said that she could appeal the decision and go before an immigration judge, but her attorney advised her not to and instead to wait for new legislation that could help her to pass.

“I was scared to go and have them deport me. There was always that fear that they could send me back,” Henriques said.

After she returned the green card, Henriques was back at square one. She talked with several immigration attorneys, some of whom offered free consultations and others she paid; two told her the only way she could get before an immigration judge would be to commit a crime.

“I just thought that was really absurd, because too, not just one attorney, like two attorneys told me that. They were like, if you want to get arrested, any judge will give you, like, full citizenship because of everything that’s happened,” Henriques said.

Another attorney said that the U.S. is giving away papers easily to people from Venezuela because of the turmoil occurring in the country. But Henriques came to the U.S. before that major turmoil started, so she did not qualify.

She also needed an ID from Venezuela, but she was never old enough to have one when she lived there, and the Venezuelan embassy located in California is closed.

Henriques could also go back to Venezuela and restart the process there, but it is not safe, and she has few family members there.

“I pay my taxes. I work. I’m a productive citizen. I don’t get in trouble with the law,” she said. “I have two kids. We have a business and two houses, five cars. We’re doing good. I don’t want to go to Venezuela. There’s nothing there for me.”

Some people told her and her husband, who have now been together for 17 years, to marry different people who are U.S. citizens, but they did not want to do that.

“We thought we could trust the system and get it all figured out the right way,” she said. “We didn’t want to do anything illegal to try to get our papers.”

Another attorney told her to just accept the situation and wait until her children can petition on her behalf. Her oldest child is 14, and can petition for her when he turns 21.

Henriques, who has lived in the U.S. for almost 25 years, does not want to wait that long. She wants to travel and accompany her daughter who plays soccer to traveling games. Henriques also manages the diner that her father owns and plans to take over ownership, although that plan is stalled until she can figure out her citizenship.

Arsen Baziyants, an immigration attorney in Las Vegas, is helping Henriques figure out her next steps.

Too few pathways for legal migration have created a large population of 11 to 12 million “illegal immigrants,” and “onerous quotas and regulations have made it impossible for them to legalize,” according to the Cato Institute’s Handbook for Policymakers, a public policy research organization that promotes libertarian ideas in policy debates.

Out of the annual 226,000 green cards available to be issued, only 65,452 family preference green cards were issued in FY2021, according to FWD.us.

As of March 31, there were 360,073 pending family-based permanent residency applications with the U.S. Citizenship and Immigration Services.

“Is there anything that’s right (with the immigration system)? Don’t get me started,” Baziyants said. For one, there are huge delays in the process that started during the Trump administration, and then COVID-19 pandemic further complicated matters, he said.

Five years ago, it would take about four to five months for a marriage-based green card to be finalized from start to finish. Now it takes about two years, Baziyants said. The government fees are also hefty and people have to wait a long time, Baziyants said.

Gov.-elect Joe Lombardo’s spokesperson Elizabeth Ray said it would be inappropriate to provide comment on Henriques’ legal proceedings since his staff is not familiar with the details of her case, and they pointed the Review-Journal to federal officials in Nevada, since Congress and the U.S. government oversee immigration.

Sen. Catherine Cortez Masto’s office also could not speak about Henriques’ individual case, but provided the Review-Journal with information about all that Cortez Masto is doing to fix the broken immigration system more generally.

In 2021, for instance, she reintroduced the Fairness for Immigrant Families Act, which would remove arbitrary barriers that make it impossible for undocumented people to adjust their status while combating notario fraud, also known as notary fraud. The legislation would also help protect victims of corrupt immigration practices.

Cortez Masto has also advocated for immigration reform that would improve a pathway to citizenship for “Dreamers,” or recipients of Deferred Action for Childhood Arrivals, which allows some immigrants who brought to the country illegally as children to receive a renewable two-year period of deferred action from deportation and to become eligible for a work permit.

But for Henriques, who entered the U.S. legally, that does not apply.

Henriques is not giving up hope, however. She has an appointment with Baziyants on Friday , and he thinks he can help her and her husband get green cards after they petition some records of documents from the U.S. Citizenship and Immigration Services.