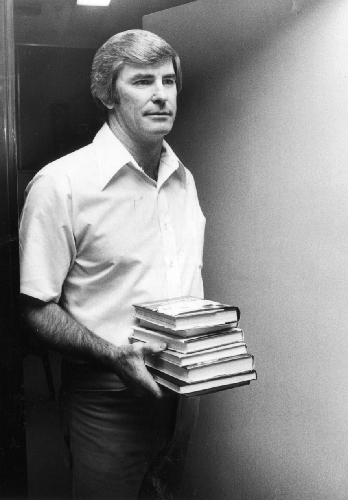 If you thought your Monday was tough, just wait until you hear about Michael Dorotiak’s.

First, he had to get up early. At just before 6:30 a.m., the 29-year-old found himself at a West Las Vegas gas station, where police said he decided to steal an SUV from a man pulling into the parking lot.

Needing money to bail his girlfriend out of jail, he then drove to The Orleans and approached the cashier’s cage, where he held a woman at gunpoint and took off with $50,000.

But just when things seemed to be looking up for Dorotiak, a good Samaritan tripped him, spilling the cash across the casino floor.

Hustling, Dorotiak gathered as much money as he could and fled to the parking lot, where police say he forgot where he parked his stolen car.

Dorotiak then carjacked a pickup, which he promptly crashed.

He eventually made it to the nearby Pleasant View Mobile Home Community, where he broke into a family’s home as police circled the area. For 3½ hours, Dorotiak bartered with the family — offering to split the money, eating and drinking from their fridge — until officers eventually pulled him from the family’s closet.

Which was too bad for him, because his girlfriend no longer was the only one who needed bail money.

In his latest cost-cutting campaign, County Commissioner Steve Sisolak proposed trimming vendors’ fees by 10 percent and ending longevity pay for constables and justices of the peace.

The idea drew a look of disdain from Commissioner Tom Collins.

“I’ll buy you a bigger butcher knife so you can keep whacking,” Collins said.

“For the most part, we never work together,” he said. “That’s why I want consolidation.”