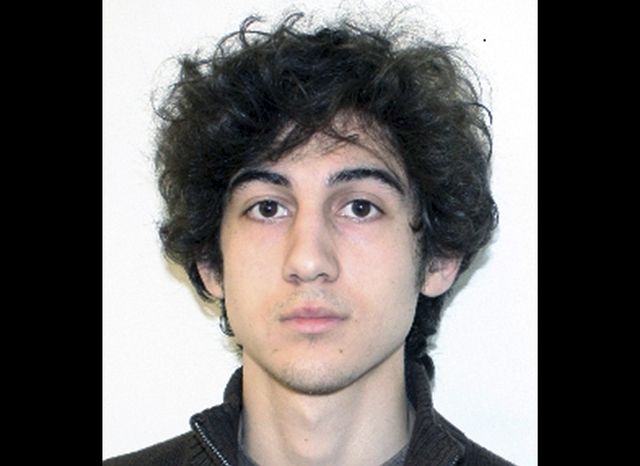 Boston Marathon bombing suspect Dzhokhar Tsarnaev is charged with using a weapon of mass destruction in the bombings on April 15 near the finish line of the Boston Marathon. On Thursday, U.S. Attorney General Eric Holder authorized the government to seek the death penalty in the case against Tsarnaev. (AP Photo/Federal Bureau of Investigation, file) 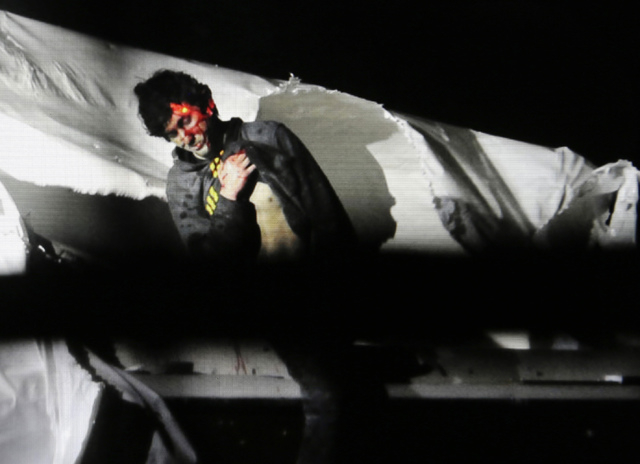 Boston Marathon bombing suspect Dzhokhar Tsarnaev, bloody and disheveled with the red dot of a sniper's rifle laser sight on his head, emerges from a boat at the time of his capture by law enforcement authorities on April 19 in Watertown, Mass. On Thursday, U.S. Attorney General Eric Holder authorized the government to seek the death penalty in the case against Tsarnaev. (AP Photo/Massachusetts State Police, Sean Murphy, file)

BOSTON — Federal prosecutors on Thursday announced they will seek the death penalty against 20-year-old Dzhokhar Tsarnaev in the Boston Marathon bombing, instantly raising the stakes in what could be one of the most wrenching trials the city has ever seen.

Attorney General Eric Holder’s decision to press for Tsarnaev’s execution was widely expected. The twin blasts killed three people and wounded more than 260 others, and 17 of the 30 federal charges against him — including using a weapon of mass destruction to kill — carry the possibility of the death penalty.

“The nature of the conduct at issue and the resultant harm compel this decision,” Holder said in a statement.

Tsarnaev has pleaded not guilty. A trial date has not been set.

Prosecutors allege that Tsarnaev, then 19, and his 26-year-old brother, ethnic Chechens from Russia who had lived in the Boston area for about a decade, built and planted two pressure cooker bombs near the finish line of the marathon in April to retaliate against the U.S. for its military action in Muslim countries. The brother, Tamerlan Tsarnaev, died in a shootout with police during a getaway attempt days after the bombing.

Dzhokhar Tsarnaev was wounded but escaped on foot and was later found hiding in a boat parked in a yard in a Boston suburb. Authorities have said he wrote about his motivation for the bombing on the inside of the boat.

“The US Government is killing our innocent civilians,” ”I can’t stand to see such evil go unpunished,” and “We Muslims are one body, you hurt one you hurt us all,” he allegedly wrote.

The bombings stunned the nation during one of Boston’s most celebrated events as runners crossed the finish line and friends, families and spectators were gathered to cheer them on.

Killed in the bombings were: Martin Richard, 8, of Boston; Krystle Campbell, 29, of Medford; and Lu Lingzi, 23, a Boston University graduate student from Shenyang, China. At least 16 others lost limbs.

Tsarnaev also is charged in the slaying of an MIT police officer and the carjacking of a motorist during the brothers’ getaway attempt.

Tsarnaev’s case has attracted a high-profile defense team, including Judy Clarke, a San Diego attorney who has negotiated plea agreements with prosecutors to spare her clients the death penalty, among them Unabomber Ted Kaczynski and Olympic Park bomber Eric Rudolph.

The Tsarnaev brothers had roots in the turbulent Russian regions of Dagestan and Chechnya, areas that have become recruiting grounds for Islamic extremists. The indictment alleges the brothers downloaded bomb-making instructions from an al-Qaida magazine and gathered material online about Islamic jihad and martyrdom.

Massachusetts abolished its state death penalty in 1984, and repeated efforts to reinstate it have failed. Tsarnaev is the third person in the state to be charged under the federal death penalty.

Since the federal death penalty was reinstated in 1988, 70 death penalty sentences have been imposed, but only three people have been executed, including Oklahoma City bomber Timothy McVeigh in 2001. Eight people have been taken off death row by a judicial or executive action, while 59 people remain on death row, according to the Death Penalty Information Center.

The last federal execution was in 2003, when Louis Jones Jr. was put to death for the kidnapping and murder of 19-year-old Army Pvt. Tracie McBride.