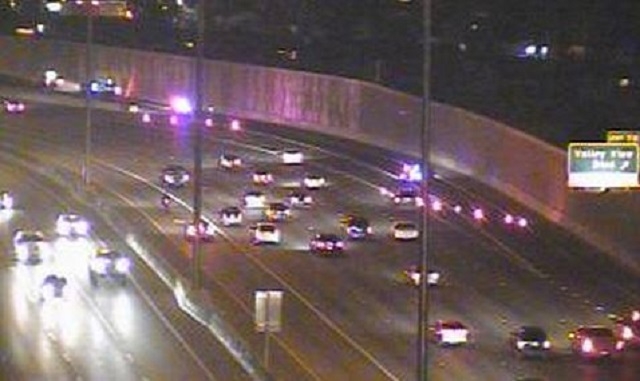 A woman struck and killed Monday near the Valley View Boulevard exit on U.S. Highway 95 in Las Vegas has been identified.

Brandi Riley, 23, was hit by a pickup truck about 7:10 p.m., according to Nevada Highway Patrol trooper Loy Hixson.

She died at the scene.

Hixson said Riley was on the ramp, about 400 feet from Valley View, when the black Chevrolet hit her, according to NHP. The driver was slowing down when Riley was struck. The exact speed the truck was going is unknown.

Investigators don’t know why she was on the freeway.