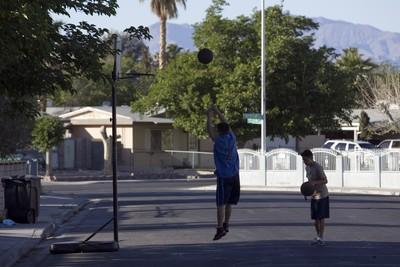 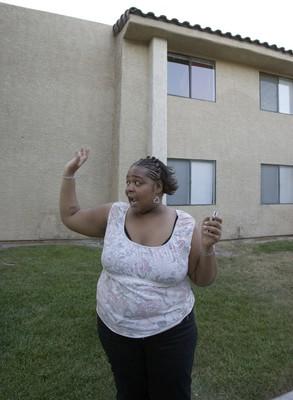 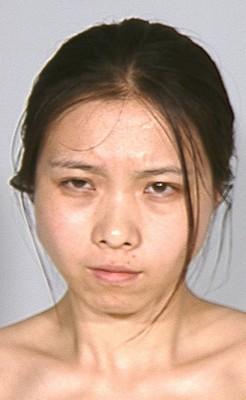 Most of the 25 woman found in neighborhood brothels during last weekend’s bust in Las Vegas are here illegally and will most likely face deportation, authorities said.

Investigators have also confirmed they are hunting for two more suspects in connection with the prostitution ring and are working on seizing bank accounts in the coming days.

The raids concluded a two-year investigation into a prostitution ring with ties to Asia.

The investigation, dubbed Operation Doll House, netted eight arrests. The 25 women who police think were forced into prostitution are being held and questioned by investigators, said Lt. Dave Logue, who headed the investigation for the Metropolitan Police Department’s Criminal Intelligence Section.

Most of the women speak little or no English. Many are from Asian countries. Others are from South America, Eastern Europe and the United States.

Also caught up in the busts were two high-ranking California law enforcement officers — San Mateo County Sheriff Greg Munks and Undersheriff Carlos Bolanos — who told reporters on Tuesday that they had believed the illegal brothel was a legitimate business.

Police do not think the women entered prostitution on their own. Police believe they were either brought here by force or tricked into believing they would have a good job when they came.

Logue said some of the women are working to pay off their debt for coming to the U.S. He added that most were here illegally and there is the possibility they will be deported.

Police arrested Mouhua Liu, John Gregory Keyes, Xu Yane, Ping Sheng Chang, Yi Feng Ge and Christopher Raven Smith on various charges including living off the earnings of prostitutes. The names of two of those arrested were not released Tuesday.

Smith and Liu were charged with drug trafficking after police found 3,500 Ecstasy tablets and $20,000 during the raids.

A neighbor, who identified herself only as Precious, said she recognized Yane from her mug shot as the woman living near her unit at an apartment complex in the 4000 block of Arville.

Precious and another neighbor said that when police raided the apartment, Yane jumped from a second-story window trying to elude them.

But instead she broke her leg.

Precious said that a maintenance worker at the complex, who had repaired the unit’s door after the police raid, informed her that the apartment had four beds, four TVs, a bulk order of 1,000 condoms and eight gallons of lubricant.

The apartment complex, which appears to be home to a number of young families, was bustling with children playing outside on Tuesday evening.

"I saw her (Yane) stand out on the porch half naked. That’s not cool for the kids," Precious said.

"Last night was the best sleep I’ve had in the past six months," said a neighbor who asked not to be named.

The neighbor, who has lived on Eldon for 14 years, said the brothel had first started in September but was quickly shut down by police. After Thanksgiving it started up again. "They were even bigger," he said of the brothel.

Cabdrivers, mostly Asian drivers, would drop off johns to the Eldon brothels throughout the night, neighbors said. The johns would often urinate and vomit on the street before entering the two houses, the neighbors said.

Logue said the prostitution ring advertised using business cards handed out to tourists and through taxi drivers, who brought customers in exchange for kickbacks. Those kickbacks ranged from $50 to $100 to the cabdrivers, he said.

The going rate for the prostitutes was about $300, Logue said.

Neighbors said that during the day it seemed like no one lived at the Eldon houses.

Except on trash day, when enormous piles of refuse would line the street in front of the homes. On windy days, used condoms would blow up and down the street, one neighbor said.

Another neighbor, who had lived on the block for four years, said johns were still showing up at the brothels on Eldon on Sunday night. They obviously hadn’t heard the news, she said.

The neighbors said they had recently been petitioning police to do something about the brothels.

Logue said that tips from neighbors were logged during the investigation, but police didn’t want to bust the brothels until they could make cases against the operators.

None of the customers found at the brothels during the raids were arrested, though they were all questioned by investigators.

Clark County District Attorney David Roger said it would be nearly impossible for police to arrest customers who were found at a brothel, even if they admitted to what they were doing there.

"A typical solicitation (charge) involves an undercover detective who has direct communication with the alleged suspect," Roger said, explaining that prosecutors need that direct line of evidence to nail down a conviction. "There is no such evidence when you go into a place like this (a brothel) and find a male and some prostitutes."

Police also confirmed two people at one of the brothels raided Saturday were high ranking law enforcement officials from California.

Among those questioned by police during the raids were San Mateo County Sheriff Greg Munks and Undersheriff Carlos Bolanos. They were questioned and released by police Saturday night.

"They were not arrested," said police spokesman Bill Cassell. "They were in one of the brothels that we raided. All of the non-employees were identified, questioned as to why they were there and released."

According to the San Mateo Times Munks read a prepared statement to reporters Tuesday and refused to answer any questions about the incident.

Munks apologized to the community for his "lack of judgment and the undue attention and embarrassment this incident has caused."

Munks said he believed the business he was going to was legitimate and that he and Bolanos cooperated fully with investigators.

In the meantime, Munks told reporters he would not talk about being caught by Las Vegas police at an illegal brothel anymore and wanted to turn the attention of his office back to fighting crime in San Mateo. "I hold myself to a high standard and am personally embarrassed by this mistake," he said.

Logue said to the best of his knowledge the San Mateo sheriff and undersheriff were at one of the brothels to get a massage.