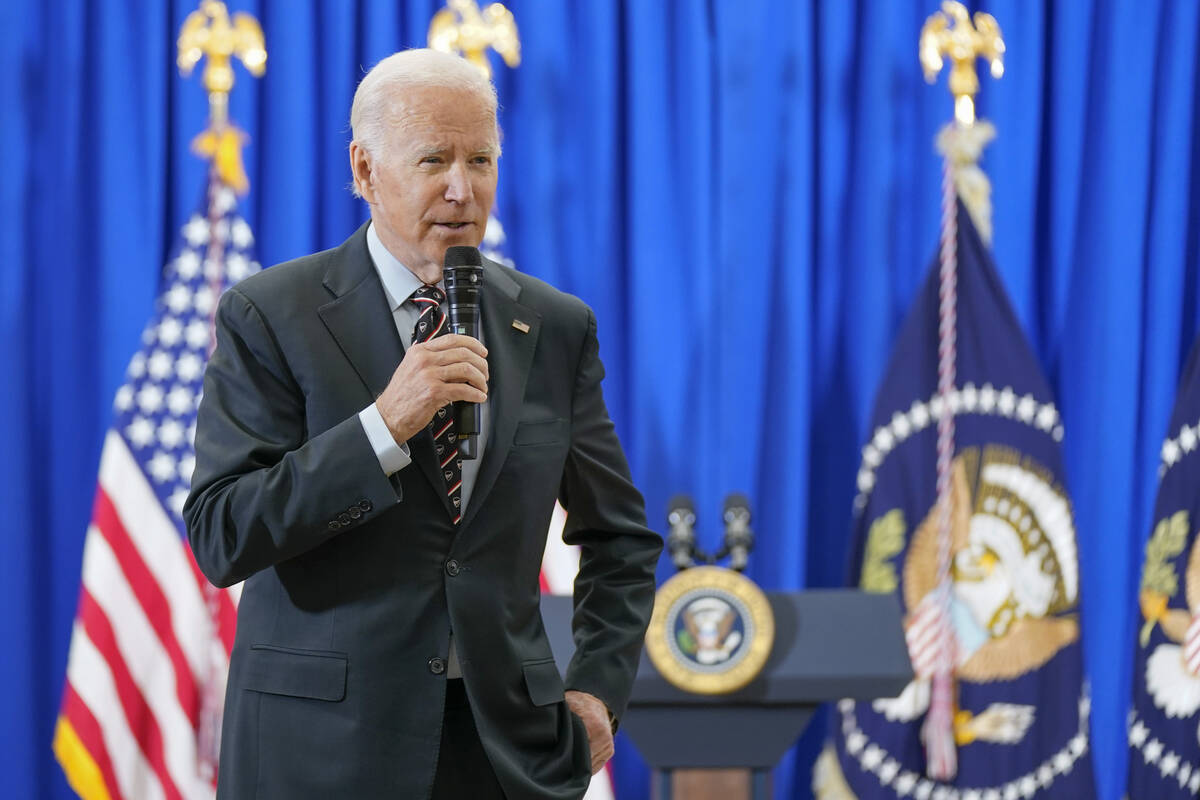 Having a backup course of action is usually a good idea — except when it’s part of a scheme to evade the Constitution.

Last week, anticipating the the U.S. Supreme Court won’t look favorably on President Joe Biden’s effort to unilaterally wipe billions in student loans off the books, the Department of Education unveiled details about a new plan to allow borrowers to avoid making good on their student loans.

To start, a person earning under $30,600 annually wouldn’t pay anything. A borrower in a family of four would make no payments until earning more than $62,400. Even higher earners would see their payments drop in half on undergraduate loans. In addition, borrowers wouldn’t have to pay more than 5 percent of their income above 225 percent of the poverty line.

You might wonder how someone can pay off a loan without making any payments. They can’t. In 2010, Democrats established income-based repayment plans for student loan holders. At that point, payments were restricted to 10 percent of “discretionary” income. That was defined as earnings above 150 percent of the federal poverty line.

For many borrowers, this made payments lower than the monthly interest on their loans. This increased their balances. The Department of Education estimates that up to 70 percent of borrowers on income-driven repayment plans have higher loan balances now than when they started those plans. If a private-sector institution did this, Mr. Biden and progressives would be screaming from the rooftops about predatory lending. The federal government’s solution is to forgive outstanding loan balances after 20 years.

Now, the Biden administration wants loans to disappear in as little as 10 years if a borrower’s original debt was under $12,000. For current borrowers, these years would even include the pandemic “pause.” Larger amounts would require longer repayment times but not more than the two decades for those who attended only undergraduate institutions.

This new Rube Goldberg policy is separate from the student loan forgiveness program Mr. Biden announced in August. That effort seeks to cancel up to $20,000 in student debt per borrower. Legal scholars generally assume the high court will rule that the White House lacks the constitutional authority to take such steps without congressional approval.

That legal reality explains this latest announcement. But Plan B suffers from similar constitutionality problems. The perverse incentives here are worth noting, too. People from across the political spectrum have decried the exploding cost of higher education. Imagine how high those costs will soar if institutions and borrowers believe Uncle Sam — read: the taxpayers — will eventually assume student debt.

Mr. Biden’s proposed student loan policies do nothing to address the underlying issues regarding tuition increases and, without actual reforms, would set the stage for a trillion-dollar repeat down the road. Absent congressional approval, both Plan A and Plan B are unconstitutional power grabs.