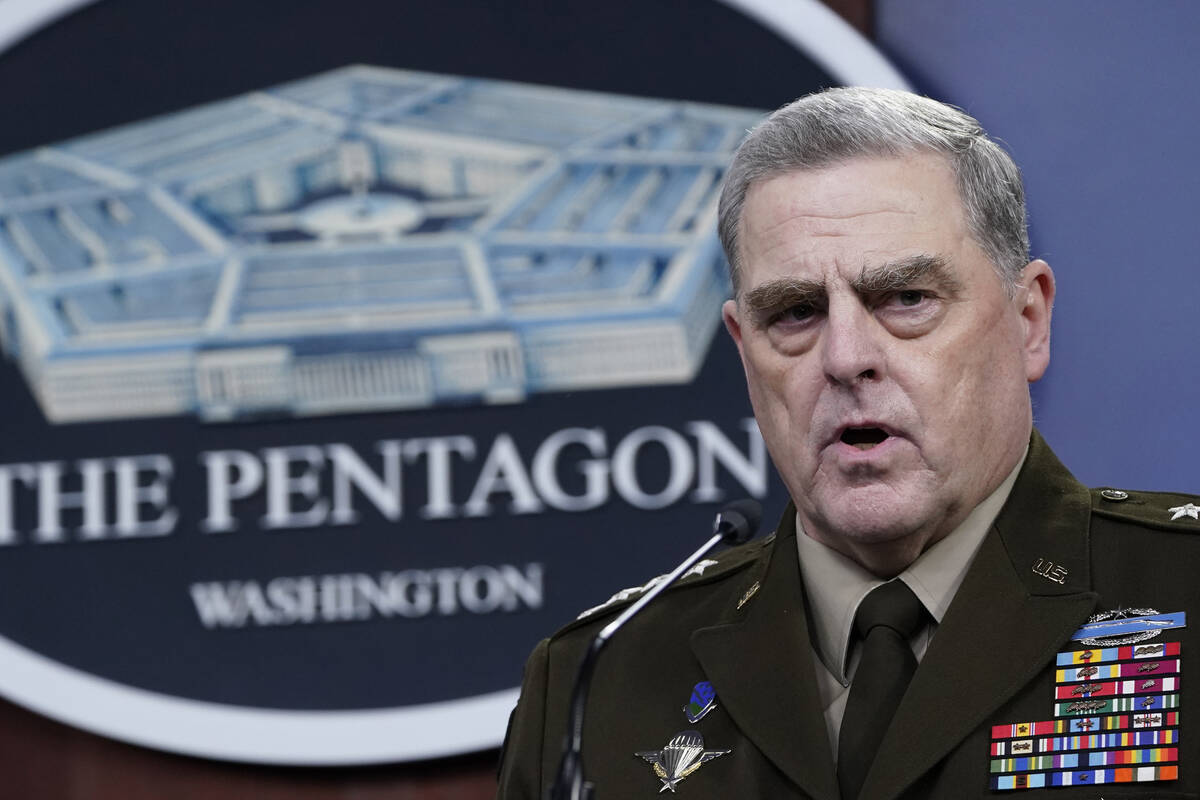 Joint Chiefs of Staff Gen. Mark Milley speaks during a briefing with Secretary of Defense Lloyd Austin at the Pentagon in Washington, Wednesday, Sept. 1, 2021, about the end of the war in Afghanistan. (AP Photo/Susan Walsh)

On Tuesday, excerpts came out from “Peril,” an upcoming book on the Trump administration by Bob Woodward and Robert Costa, both of The Washington Post. Mr. Woodward is among the most well-known journalists in the country, dating back to his work on the Watergate scandal. He’s also written numerous books filled with insider details on presidential administrations. Understandably, his reporting is taken seriously.

That’s why his revelations about Mr. Milley, who currently serves as chairman of the Joint Chiefs of Staff, are so concerning. Mr. Milley also served in the same role under President Donald Trump.

The book alleges that Mr. Milley secretly twice called Gen. Li Zuocheng, a top general in the Chinese military. One call took place shortly before the election and one call happened after the Jan. 6 riots, according to book excerpts. Mr. Milley is alleged to have assured the Chinese general that the United States wasn’t planning to attack China.

“General Li, you and I have known each other for now five years,” Mr. Milley reportedly said. “If we’re going to attack, I’m going to call you ahead of time. It’s not going to be a surprise.”

The problems here should be obvious, regardless of one’s opinion of Mr. Trump. The president is commander-in-chief. If top generals don’t like his orders, they can resign. They can refuse to follow a non-lawful order. The alternative isn’t to secretly call America’s adversaries behind his back.

Pledging to alert our country’s enemies about a forthcoming attack is dangerous. Surprise can be a vital component of a successful military action. Letting the enemy know you’re about to fight is a way to increase American causalities. If an enlisted soldier did something similar before his unit attacked, he would be tried for treason. If Mr. Milley did these things, he should resign.

After the blowback started, there were competing leaks attempting to explain or contradict the book’s reporting. It’s also possible Mr. Milley exaggerated his actions, thinking that subverting the constitutional order would earn him plaudits.

Congress needs to find out what happened, and it has the power to investigate. Review the transcripts of calls. Interview witnesses under oath. Dig into the details. The military should investigate this as well.

These allegations are serious, and finding the truth is of paramount importance. Military leaders must not subvert civilian countrol of the military.