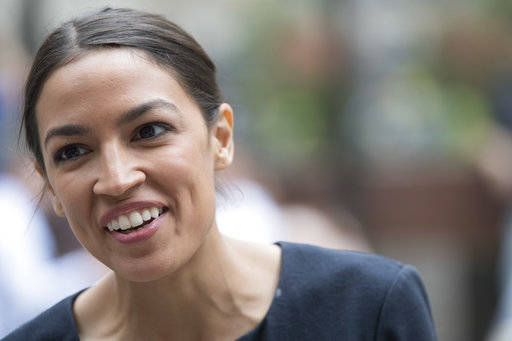 Democrats have marched hard to the left in the past few years, and they move into 2019 in charge of the U.S. House. We’ll soon discover to what extent extremist progressives now control the party.

Nancy Pelosi resumes her position as speaker of the House this week after quelling dissension from her far-left flank. On Wednesday, though, she faced a revolt over a rules package that many of the chamber’s hyperliberals feared would hamper their ability to pad spending on social programs.

Among those opposing the speaker was newly elected Rep. Alexandria Ocasio-Cortez, who has emerged as a darling of the liberal media and the gentry set. Rep. Ocasio-Cortez’s first step as a lawmaker was to propose the formation of a House committee to implement a “Green New Deal.” The plan deserves more attention than it has yet received as a harbinger of dangerous progressive priorities.

Details are sketchy, but suffice it to say that creating her utopia would require the most radical overhaul of the U.S. economy in history and a massive expansion of the state. This is no exaggeration.

Rep. Ocasio-Cortez would ban fossil fuels within a decade, meaning absent significant technological advances, Americans could be forced to go without electricity when the wind doesn’t blow or the sun doesn’t shine. To compensate for the millions of displaced workers who would become collateral damage, she proposes having bureaucrats create make-work “green” jobs and offer handouts under the guise of a “guaranteed income” and “free” health care.

In addition, her scheme mandates that “every residential and industrial building” be upgraded to meet her vision of energy efficiency, a proposal that would be impossible to achieve and would cost trillions. To pay for all this, Rep. Ocasio-Cortez calls for tax hikes on the rich — of course — and creating new government banks to hand out money while running up the debt.

This “Green New Deal” — which has dozens of Democratic supporters in the House — would “insert the government into nearly every home and business in the country,” notes Justin Haskins of the Henry Dearborn Institute for Liberty and would “increase the cost of every product in the United States.” It would also devastate the nation’s economy, undermine property rights and require the suppression of various personal freedoms as the inevitable result of an administrative state on steroids.

Some conservatives have been criticized for arguing that fears of global warming are being intentionally exaggerated by those seeking to use the issue to advance collectivism and radical socialism. Rep. Ocasio-Cortez’s “Green New Deal” doesn’t even try to hide it. It will be telling how far this agenda makes it through the House this year.