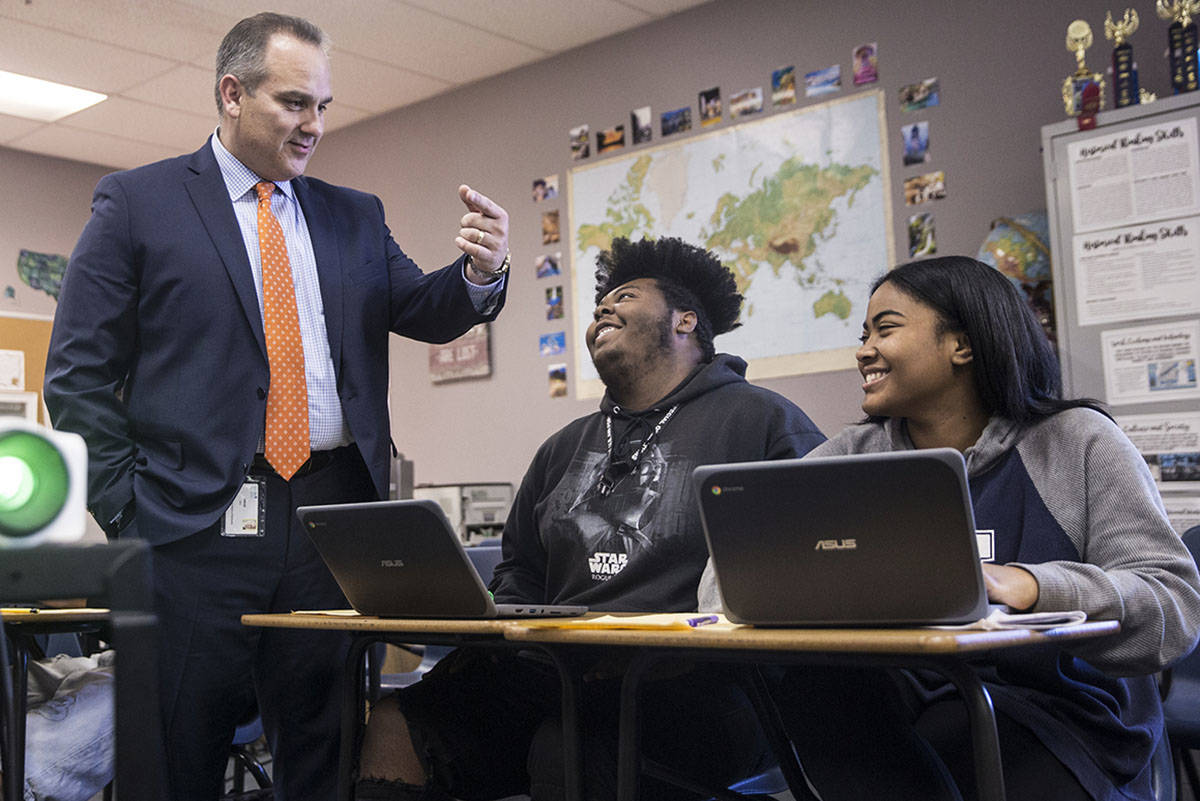 “What gets measured, gets improved” is a business maxim credited to management guru Peter Drucker. Unfortunately, the Clark County School District is preparing to change its grading policy to reflect the opposite.

The Board of Trustees recently approved a Notice of Intent that would implement sweeping changes to the district’s grading guidelines. The proposal neatly reflects the soft bigotry of low expectations, as a speechwriter for President George W. Bush famously put it, and does a grave disservice to students.

First, it would eliminate grades below 50 percent. Under the proposed changes, students could never receive a 0 even for assignments they ignored. This is also known as a Minimum F policy, and some local schools have already instituted it.

Next, grades wouldn’t be allowed to reflect “behavior or nonacademic measures,” including late or missing assignments.

Finally, the changes would allow students to redo in perpetuity assignments and tests to receive higher marks. Academic grades “will include opportunities for reflection, revision and reassessment,” the proposed changes read. That sounds like a yoga class, not a classroom.

There are numerous problems with these proposals.

Consider dishonest students. Their grades can’t be lowered because of “behavior.” Even if a teacher discovers a student cheating on a test, the child will have the opportunity for “reassessment.” Another scenario: The teacher assigns the class a worksheet. Johnny doesn’t turn his in. After the teacher passes the assignment back, Johnny copies the answers down from a classmate. He then turns his worksheet in and scores 100 percent.

Undoubtedly, teenagers will come up with other innovative ways to maximize their grades while minimizing their effort.

The problems, however, go beyond those who will use these lax rules to game the system. Homework isn’t just busywork. It’s a chance to practice and develop skills that build upon one another. Those assignments provide feedback, showing gaps in a child’s understanding. This tells teachers, parents and the student what needs improvement.

What gets measured, gets improved.

This feedback is especially important because learning higher-level concepts depends on mastering basic skills. If students can’t successfully complete their multiplication tables, they will face serious difficulty as they move on to higher-level math classes.

But why exert so much effort when there are multiple opportunities for “reassessment”? Honest grades don’t just reflect achievement. They create motivation. That’s a good thing because learning requires hard work. Rare is the student who prefers studying to sports, video games or texting friends.

External motivation, such as the desire to earn a good grade or the fear of receiving a bad grade, is vital in terms of academic development. But if a student can retake a test three or four times, there’s less reason to prepare for it. The student has less incentive to fully grasp the material.

Finally, these changes will deceive many parents into thinking their children are performing at an acceptable level when they are struggling. Meaningful grades represent an accurate assessment of performance and knowledge. The district’s proposed revisions would fail miserably in that regard.

Grade inflation is already a major problem in the Clark County School District. A significant number of Millennium Scholarship recipients — who must have a 3.2 grade-point average — require remedial education classes when they enroll in college. The district’s new proposals will only worsen that sorry reality.

What gets measured, gets improved.

Setting high standards and holding students accountable for their academic progress drive pride and self-esteem and are requirements for achievement and excellence. The district’s new grading policies instead send the message that students can slide by with minimal effort and set kids up for future failure. School Board members, who are scheduled to debate the issue on July 8, would be doing a disservice to students, parents and the community if they sanction this damaging proposal.