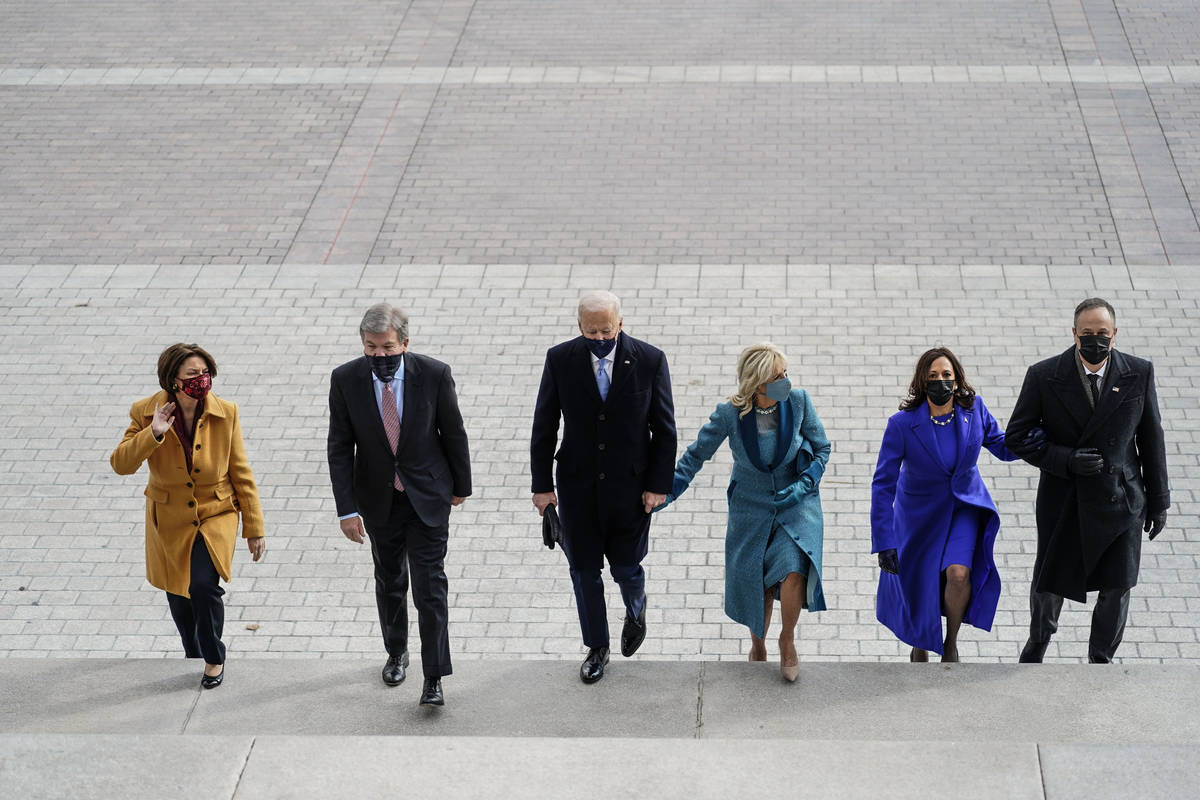 It has been a long time coming for Joe Biden, and on Wednesday he rose to the occasion. More than three decades after first seeking the White House, Mr. Biden took the oath of office to become the 46th president of the United States.

He vowed to bring a divided nation together, and all Americans of goodwill hope he delivers.

“In another January in Washington, on New Year’s Day 1863, Abraham Lincoln signed the Emancipation Proclamation,” Mr. Biden said. “When he put pen to paper, the president said, ‘If my name ever goes down into history it will be for this act and my whole soul is in it.’ My whole soul is in it. Today, on this January day, my whole soul is in this: Bringing America together. Uniting our people. And uniting our nation. I ask every American to join me in this cause.”

Two weeks after riots by supporters of Donald Trump stained the Capitol, further stoking the political acrimony that defines our time, Mr. Biden returned to the theme again and again.

“We can see each other not as adversaries but as neighbors,” the new president said. “We can treat each other with dignity and respect. We can join forces, stop the shouting and lower the temperature. For without unity, there is no peace, only bitterness and fury. No progress, only exhausting outrage. No nation, only a state of chaos. This is our historic moment of crisis and challenge, and unity is the path forward. And, we must meet this moment as the United States of America. If we do that, I guarantee you, we will not fail.”

Mr. Biden is a political veteran who knows the ways of Washington and cut his teeth in far less contentious times, when reaching across the aisle wasn’t tantamount to treason in the eyes of partisans and elected officials on opposite sides of an issue could engage in heated debate before retiring together to a nearby watering hole for jokes and cocktails. In this respect, Mr. Biden may be uniquely situated to bridge divides and deliver on his vow “to fight as hard for those who did not support me as for those who did.”

Elections do indeed have consequences, and Democrats now control the White House and Congress. Mr. Biden’s passionate call for harmony will be tested by members of his party’s fast-ascending, hard-left progressive wing, who have made clear that they seek nothing less than a “revolution” that would radically overhaul the nation’s institutions and economic framework. Whether America’s incoming leader can succeed in turning his stirring rhetoric regarding unity into reality will in large part depend on the extent to which he indulges those Democrats who insist this nation is fatally compromised and don’t much care for its founding ideals in the first place.