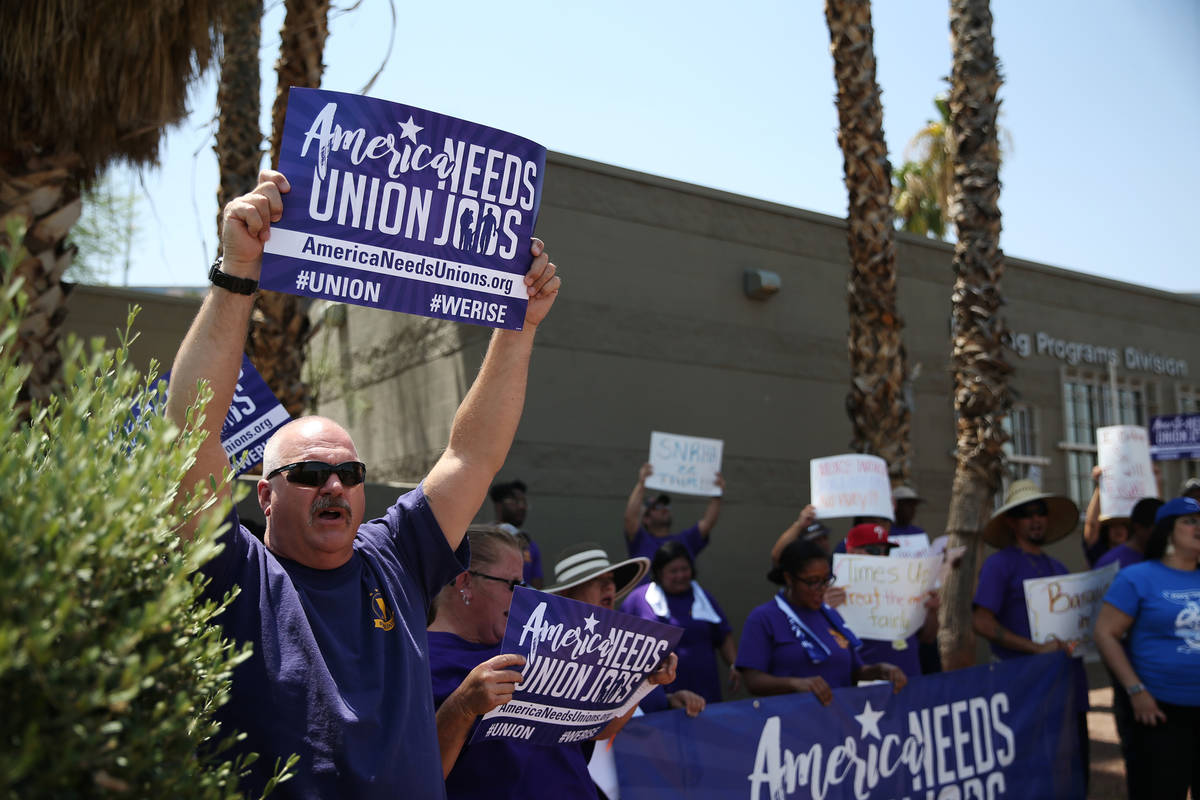 You can tell that some unions offer an inferior product when they need to keep members captive by erecting hurdles to prevent them from leaving. Now, a Las Vegas police officer is suing over restrictions on when she can drop her union membership.

Earlier this month, Melodie DePierro filed a lawsuit against the Las Vegas Metropolitan Police Department and the Las Vegas Police Protective Association. Her legal complaint, filed by the National Right to Work Foundation, describes her as a “decorated veteran police officer.” Ms. DePierro has been on the force for 14 years.

She’s also an unwilling member of the union. In January, she tried to leave the association but union officials wouldn’t let her. They say that she may escape union membership only during a 20-day window in October.

“Window” periods are common in union contracts. That doesn’t make them any less outrageous. Imagine if a private gym allowed you to drop your membership only during a select few days each year. In that case, the police might investigate. In this case, it’s the police union perpetrating this problematic scheme. Metro is named in the lawsuit because it collects dues on behalf of the union.

Supreme Court precedent suggests these hurdles to dropping membership are unconstitutional. In its 2018 Janus decision, the justices ruled that paying dues to a government-employee union is a form of political speech. That makes sense because, thanks to member dues, union officials are frequently political power players. That’s why government workers, even in non-right-to-work states, must be able to drop union membership. The government can’t compel them to support through their forced union dues political causes with which they disagree.

The court held that if nonmembers agree to pay dues, they “are waiving their First Amendment rights.” Such a “waiver must be freely given and shown by ‘clear and compelling’ evidence.”

That’s not evident here. Ms. DePierro contends she never agreed to limit her ability to opt out. The window restriction is contained in the contract between the union and Metro, not something she signed.

This isn’t just an issue in Nevada. In December, the 9th U.S. Circuit Court of Appeals heard a similar case involving government workers in Washington seeking to drop their union membership. In that case, filed by the Freedom Foundation, workers had only 10 days each year to opt out of the union.

The Supreme Court was correct to recognize that paying union dues is a form of political speech. Now, when the right case comes, it needs to put teeth in that precedent and eliminate these window restrictions completely.