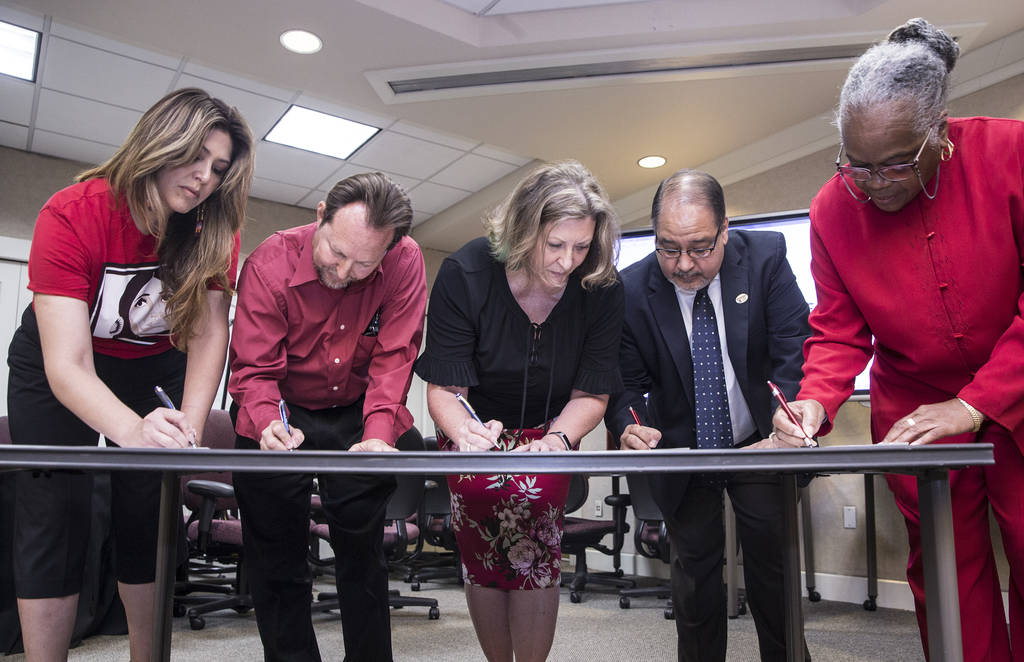 On Wednesday, 796 teachers out of 18,718 voted to determine whether the Clark County Education Association should disaffiliate with the state and national teachers union. Of that small percentage of teachers voting, 88 percent favored forming a local-only union. That union will represent teachers during collective bargaining and in disciplinary disputes. It will also decrease teacher dues from $810 a year to $510.

This breakup has been a long time coming. The CCEA and the Nevada State Education Association have been at loggerheads for almost a year. As by far the largest local, the CCEA sent 70 percent of its members’ dues to the NSEA and its parent, the National Education Association. The CCEA’s leadership wanted control over more of those funds. The dispute previously spilled into public view when there were quarrels over lobbying priorities, endorsements in the Democratic gubernatorial primary and ongoing lawsuits.

Now deprived of its largest union, the state teachers union took an unusual step on Thursday. It urged educators to drop their CCEA membership on July 1. Union membership is optional, but once teachers join, they may opt out only by submitting written notice from July 1 to 15. The NSEA then wants teachers to join a new local teachers union affiliated with it and the NEA.

This union civil war shows that no single organization — whether the new local-only union or the state teachers union — speaks for teachers. Teachers have never been the unified political bloc that its leadership claimed or that union political donations suggested. What does it say about teacher interest in the union that 95 percent of them either couldn’t or didn’t bother to vote in Wednesday’s election?

State lawmakers should recognize this and reform collective bargaining accordingly. An organization that has split in two and that most teachers can’t be bothered with shouldn’t have the ability to determine compensation levels for every educator. Legislators should change state law to fully empower school districts to create compensation packages for their employees. That would allow the district to reward top performers or incentivize skilled educators who move to low-performing schools.

Fortunately, teachers don’t have to wait until next year to see the benefits of these new developments. As the Review-Journal’s Meghin Delaney reported, both unions are trying to attract members by promising “bottom-up leadership, better benefits and improved working conditions.” Amazing what a little competition does.

This week’s lesson: There’s a big difference between teachers and the unions that claim to represent them. Class dismissed.