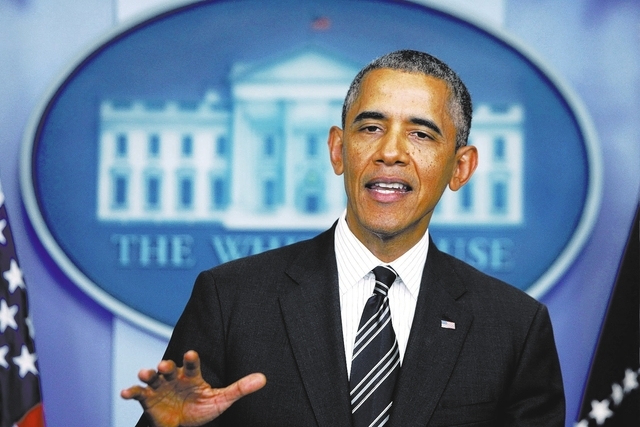 Tuesday’s rollout of Obamacare exchanges was an information-technology disaster. Glitches ruled the day at the federal government’s HealthCare.gov website and various state exchanges, in many cases denying users the ability to even see what insurance plans are available.

MSNBC and CNN tried to show how great the exchanges were by signing up online while on the air, and neither effort succeeded.

Blue Cross Blue Shield of Louisiana, that state’s leading health insurance company, reported Wednesday that not one person had successfully enrolled in a new plan offered through the Affordable Care Act. Even Nevada’s Silver State Health Insurance Exchange, among the ones most ready, had its issues. “This is the largest (information technology) mobilization in history,” exchange Executive Director Jon Hager said. “It’s not all roses, and there’s still a long way to go.”

Fair enough. Obamacare clearly wasn’t ready to be rolled out. However, in time, those technical issues will be corrected.

But what won’t change, as those who got far enough into the enrollment process learned, is the pricing and how these plans work — particularly for those who won’t be eligible for subsidies. In California, for the Silver plans offered by Anthem Blue Cross and Kaiser Permanente, the monthly premium for a family of four is nearly $1,000. As one potential online enrollee tweeted, “It didn’t even show me Gold (plan). Probably figure I’d have a heart attack right there.” It did show the bronze plan, at a cost of about $750 per month — along with a whopping $5,000 deductible and out-of-pocket expenses of 40 percent.

It’s much the same in Nevada, with bronze plans ranging from $582 to $745 monthly, and deductibles as high as $6,300 with 40 percent out-of-pocket expenses. And regardless of whether you need an individual plan or a family plan, even with a subsidy, you are looking at a huge increase in premiums and out-of-pocket expenses, with stringent limits on care. Beyond the technical glitches, these plans don’t make financial sense for many individuals and families. It will make far more financial sense to buy a non-Obamacare compliant plan and pay the penalty tax. People will figure that out soon enough — and they won’t be happy about it.

What makes more sense: Delaying Obamacare, or repealing and replacing it outright.