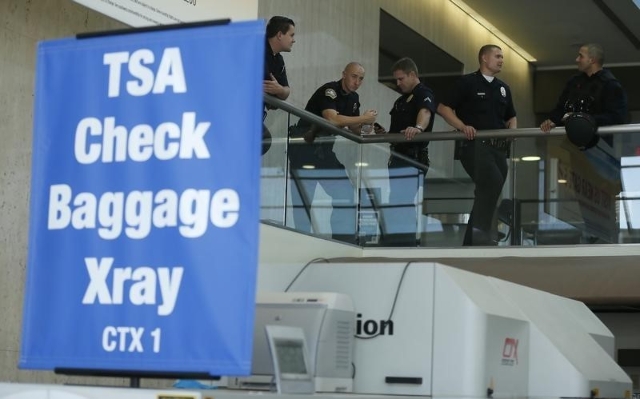 Just as the United States begins to address the terrorist threat of the Islamic State, the Transportation Security Administration is poised to adopt another arbitrary, ineffective, burdensome screening protocol that does nothing to improve the safety of commercial air travel.

Travelers have long tolerated the TSA kabuki, despite knowing it’s in place strictly to make them feel safer, and not actually catch or deter any would-be terrorists. But the TSA’s next play might force the country to confront the agency’s worthlessness — and finally do something about it. This year, the TSA is prepared to prevent millions of Americans from boarding their flights because their government-issued photo identification no longer meets a controversial federal standard.

The harsh consequences of the REAL ID Act, which became federal law 10 years ago, are about to take effect. Among other provisions, the law required states to adopt stricter standards for the issuance of driver’s licenses to better guarantee the identities of motorists. The law triggered a national debate about de facto national ID cards, and some states refused to comply.

The price for their defiance? Eventually, their licenses would not be accepted by the TSA as suitable identification, forcing residents of those states to use U.S. passports, military identification or other, less-common forms of photo ID to board flights.

But millions of Americans have no form of government-issued photo identification beyond their state driver’s licenses. More than half of U.S. citizens do not have a valid passport, according to the State Department. Which means millions of Americans who can lawfully board an airplane today soon might be deemed security threats unfit for flight.

Nevada driver’s licenses comply with the REAL ID Act, as do those from about 20 other states. But California, Illinois, Missouri, New Mexico and Washington have been granted compliance extensions only through Jan. 10. According to multiple news services, lllinois, Missouri and Washington state have been told Jan. 10 is their final deadline. Minnesota’s extension already has expired. Compliance extensions for about 20 other states will expire later this year.

The TSA is supposed to provide 120 days’ notice before starting this enforcement at airports, so it’s not clear when agency screeners will begin turning away travelers. The confusion isn’t helpful to those planning flights, or to tourism and convention destinations (such as Las Vegas) that depend on airports to deliver visitors and sustain jobs.

We already know that REAL ID noncompliance has no effect on airport security, just as we know that TSA body scanners and screening procedures don’t work. Last year, screeners had a 95 percent failure rate when Homeland Security agents tried to sneak weapons and fake explosives through TSA checkpoints at airports around the country.

This newspaper has long advocated shutting down the TSA and privatizing the entire operation. But that doesn’t go far enough. The Obama administration must make sure the TSA never provides its 120-day notice of enforcement, and Congress should undo its REAL ID mistakes.