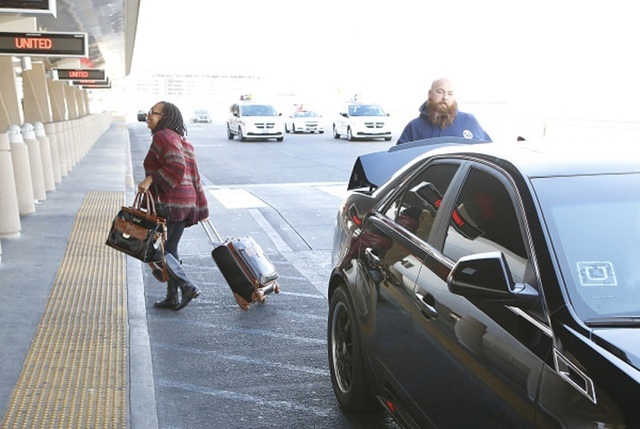 The folly of attempting to regulate ride-sharing services out of existence is readily apparent in recent numbers from McCarran International Airport.

Since late October, Uber and Lyft have generated more than $3.1 million in revenue for the airport though passenger pickups and drop-offs. That’s better than half the $5.9 million the taxi industry paid over the same period.

The money comes from a $2.45 flat fee the airport charges for each trip by an Uber of Lyft car. Taxis pay $2 for every pickup at McCarran, but nothing for carrying passengers to the facility.

Ride-sharing remains a growth business. While Uber continues to be the market’s largest player with more than 1 million airport trips since late last year, Lyft’s business continues to increase. “In the last six months alone, we’ve more than tripled rides, grown our driver base by 2.8 times and our passenger base by 2.5 times,” a spokesman told the Review-Journal.

County officials currently limit the number of ride-sharing drivers who may serve the airport, but both Uber and Lyft say they will soon fork over a $75,000 annual fee to lift the cap.

Not surprisingly, airport taxi trips dropped by 117,000 during the first eight months of this year when compared with the same period in 2015.

Clearly, consumers are voting with their smartphones. That’s something local pols should remember the next time they feel the urge to run interference for the local cab cartel.

A previous version of this editorial misidentified the entity limiting the number of ride-sharing drivers who may serve the airport.