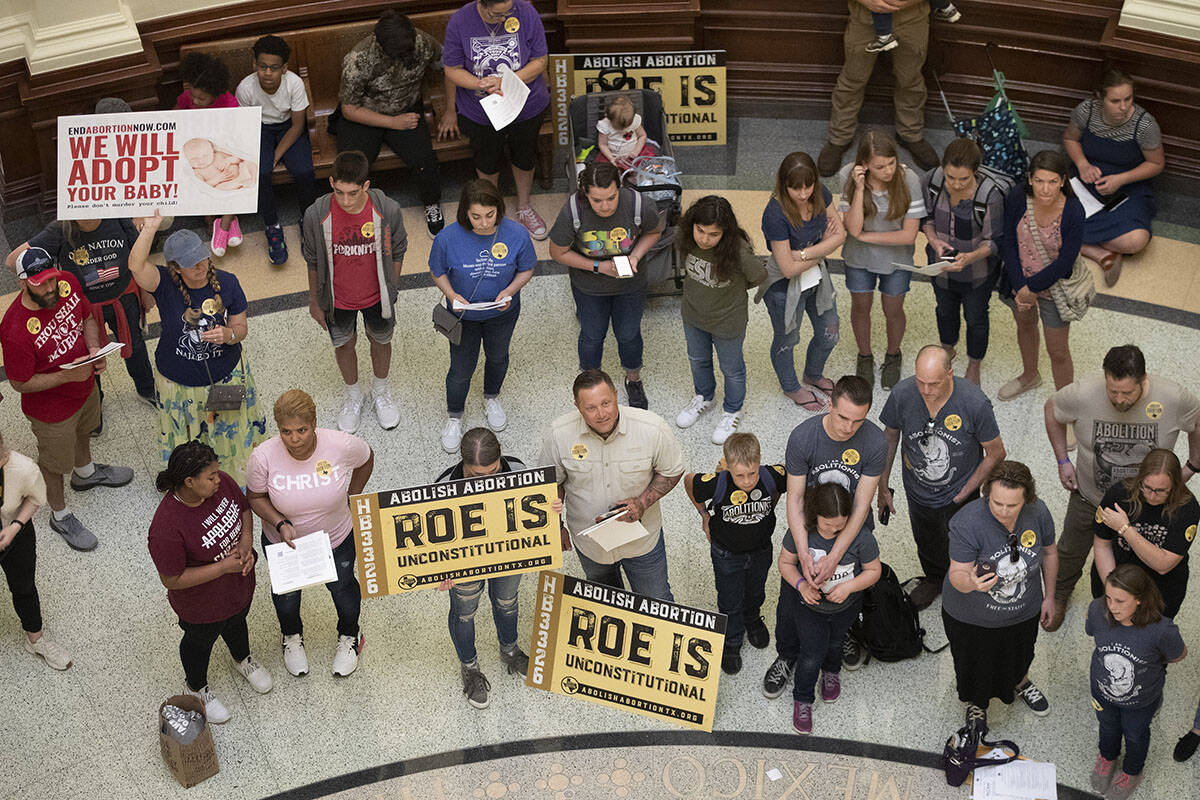 In this March 30, 2021, file photo, pro-life demonstrators gather in the rotunda at the Capitol while the Senate debated anti-abortion bills in Austin, Texas. (Jay Janner/Austin American-Statesman via AP, File)

Rarely do the finer points of judicial procedure generate much controversy. But such is the case with Texas’s new abortion law.

The Texas law targets abortion, but not through a direct ban. In fact, it prevents government officials from enforcing the law, which outlaws abortions once a heartbeat can be detected — generally about six weeks into a pregnancy. Rather, in an effort to get around certain legal realities, it allows private individuals to sue abortion doctors and anyone who helped a woman get a post-heartbeat abortion.

The bill is a transparent attempt to circumvent the protections that the U.S. Supreme Court has granted related to abortion in Roe v. Wade and Planned Parenthood v. Casey. By prohibiting official enforcement of the law, Texas lawmakers sought to create a gimmicky work-around.

Courts, including the Supreme Court, can’t just weigh in on any topics they choose. A plaintiff must meet a number of procedural hurdles to get a hearing, including suing the correct person.

That narrow issue — not the larger topic of abortion — is what the court ruled on.

“In reaching this conclusion, we stress that we do not purport to resolve definitively any jurisdictional or substantive claim in the applicants’ lawsuit,” the majority opinion states. “In particular, this order is not based on any conclusion about the constitutionality of Texas’s law, and in no way limits other procedurally proper challenges to the Texas law.”

There’s good reason for this. Allowing private citizens to enforce otherwise unconstitutional laws creates a host of problems. Imagine New York passed a comparable statute about firearms as a back-door effort to circumvent the Second Amendment. In this hypothetical, private citizens could sue anyone who sold or owned firearms.

If this precedent is allowed to stand, red and blue states will be flooded with proposals to target minority political positions. That would effectively eliminate the constitutional protections many citizens are entitled to enjoy.

The problem with Texas’s ham-fisted effort to restrict abortion are so numerous that it’s extremely unlikely the high court will uphold the state’s law when the justices are inevitably asked to rule on the merits of the statute after it is shot down by lower federal courts. And despite progressive nightmares about the end of Roe v. Wade, don’t be surprised if that decision is unanimous against Texas.