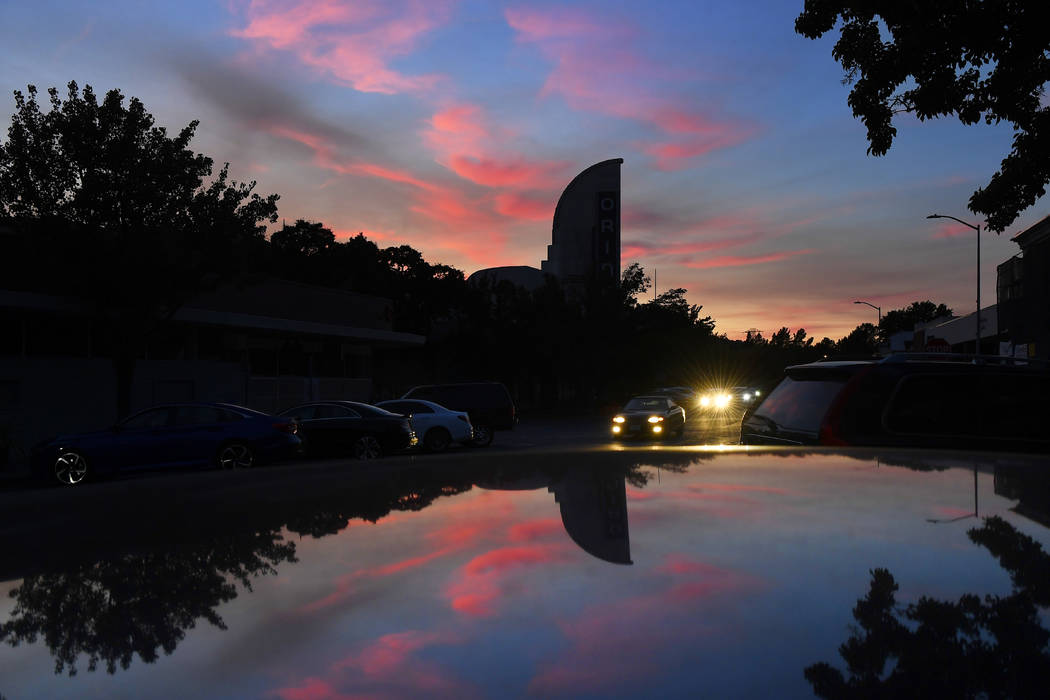 Without electricity the marquee of the Orinda Theatre is dark as the sun begins to set in Orinda, Calif.. (Jose Carlos Fajardo/East Bay Times via AP)

Democrats like to point to California’s thriving economy — now the fifth largest in the world, when ranked as an independent country — as evidence that progressive policies can achieve prosperity. But the reality on the ground tells a different story.

Yes, California finally has a balanced budget — if you ignore the billions in outstanding pension obligations. But its fiscal health is largely in the hands of tech billionaires willing to accept a burdensome tax and regulatory climate in exchange for the state’s weather and natural wonders. Meanwhile, housing continues to be unattainable for most, small-business owners are increasingly frustrated with Sacramento mandates, more legal residents are fleeing than arriving and parts of San Francisco have become dangerous cesspools of homelessness, panhandling and drug use.

But it gets worse. California officials now can’t keep the lights on.

In recent days, the state’s largest power company — Pacific Gas &Electric — has intentionally cut electricity to almost 800,000 customers, mostly in the northern part of the state, to limit the potential for wildfires. The move comes after the company sought bankruptcy protection in January as it faced more than $30 billion in liability related for wildfires, including a blaze last year that killed at least 100 people.

The Wall Street Journal noted last week that the utility has long “skimped on safety upgrades and repairs while pumping billions into green energy and electric-car subsidies to please its overlords in Sacramento. Credit Suisse has estimated that long-term contracts with renewable developers cost the utility $2.2 billion annually more than current market power rates.”

Former California Assemblyman Chuck Devore echoed the idea that political decisions — many designed to kowtow to the environmental lobby — have triggered and exacerbated the current problem.

“Wildfires in recent years have grown more deadly because timber harvesting and brush clearing were greatly curtailed due to myriad environmental restrictions,” he wrote last week for The Federalist. “In the meantime, crucial infrastructure investment targeted at improving the reliability and safety of power lines has taken the backseat to the state’s demands for a huge increase in renewable energy.”

Californians are understandably frustrated and angry. “I would consider leaving the state if this keeps going on,” one longtime resident told the Journal.

An old joke asks the last person to flee California to please switch off the lights. Turns out that might be unnecessary.