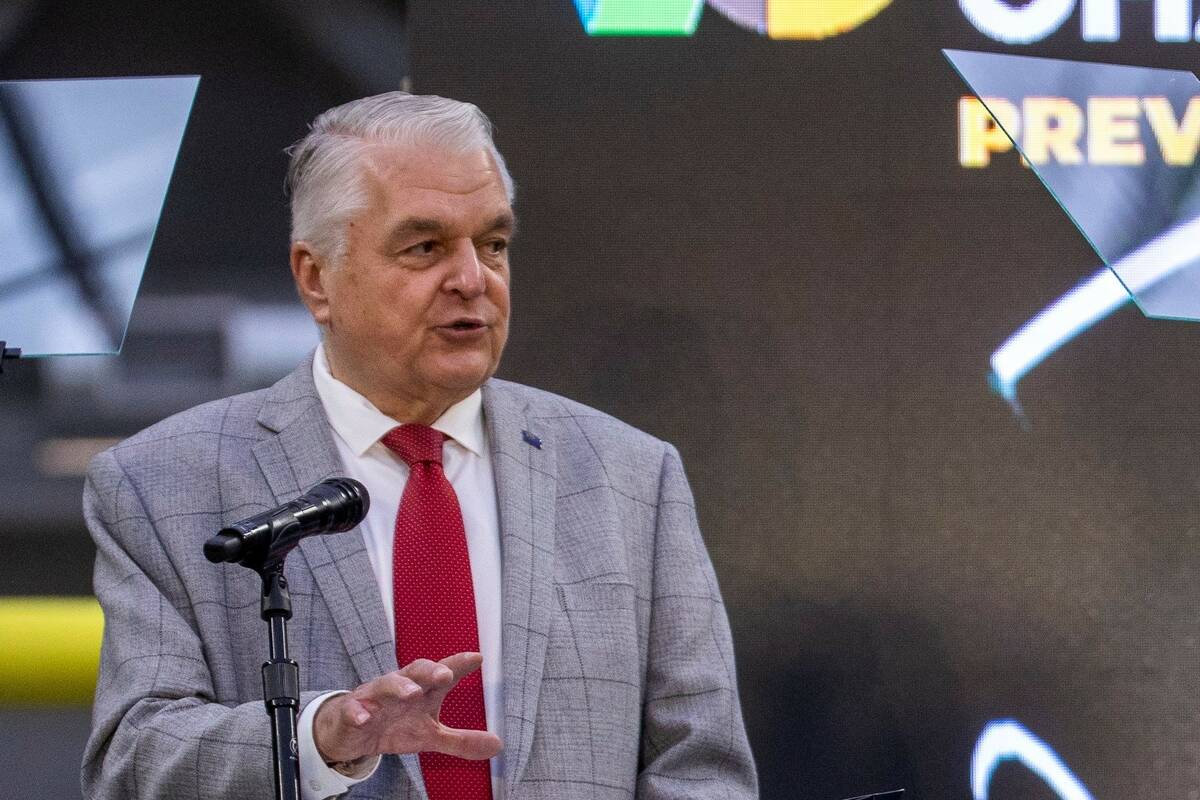 COVID restrictions have melted away in recent weeks with governors in blue states lifting mask mandates and other edicts as the pandemic abates. The new mantra, even among many who favored draconian restrictions, is that the time has come to transition back to normalcy and learn to live with the coronavirus.

The development is long overdue. Yet as we near the second anniversary — March 17 — of the initial business and school closures that caused so much damage, many places, including Nevada, remain under a state of emergency that gives the governor expanded powers to suspend laws and ignore traditional liberties in the name of protecting public health.

But if commerce, education, sports and other areas of everyday life have now returned — more or less — to their pre-pandemic state, it’s time for Gov. Steve Sisolak to reject the notion that the Silver State must remain in a perpetual state of emergency to protect the public from the virus. According to Allysia Finley of The Wall Street Journal, Nevada is one of nearly 25 states that has yet to lift its emergency declaration.

Some governors, including Gavin Newsom of California, say they are reluctant to give up these powers because they need flexibility to react if the virus returns or a dangerous variant emerges. But that’s an argument for never-ending authority. More and more public health experts acknowledge that COVID-19 is becoming endemic, which obliterates the case for keeping emergency orders in place. Besides, any such declaration can be renewed quickly if the need arises.

In Nevada, Gov. Sisolak lifted his mask mandate last month. Kids no longer must cover their faces in schools. Social distancing orders and capacity restrictions are no more. Large, crowded events — conventions, sporting contests — are commonplace, and Strip casinos host throngs of tourists. Confirmed virus case counts are plunging across the state, as is the test positivity rate. The time for Gov. Sisolak to exercise emergency authority has passed.

State lawmakers should not only urge the governor to rescind his order, they should re-examine the statutes that give him such broad authority in the first place. Nevada’s emergency management laws are among the most liberal in the nation, allowing the governor to unilaterally declare an emergency and then placing few limits on his actions. This might be appropriate in extremely rare instances — a war or natural disaster — but it also represents a dangerous dereliction of legislative authority.

Many states put a limit on the length of emergency orders, requiring governors to solicit lawmaker approval for extensions. Not Nevada. Gov. Sisolak’s current order has been in effect for two years without interruption or legislative acquiescence.

A handful of proposals during the 2021 legislative session would have restricted the governor’s emergency powers by providing lawmakers additional oversight. Unfortunately, the Democratic majority was uninterested in reasserting the Legislature’s dominion with a Democrat in the Governor’s Mansion. But this goes well beyond partisan politics. A healthy system must ensure that checks and balances are rooted in place to guard against abuses and to reassure Nevadans that decisions have been properly deliberated — no matter who is in power. Nevada is dangerously lacking in that regard.

There is no more need for Gov. Sisolak to assert his emergency authority. He should rescind the declaration as soon as possible. And state lawmakers when they recovene in 2023 should take a deep dive into the statutes that give the governor unchecked authority in the name of protecting public health.