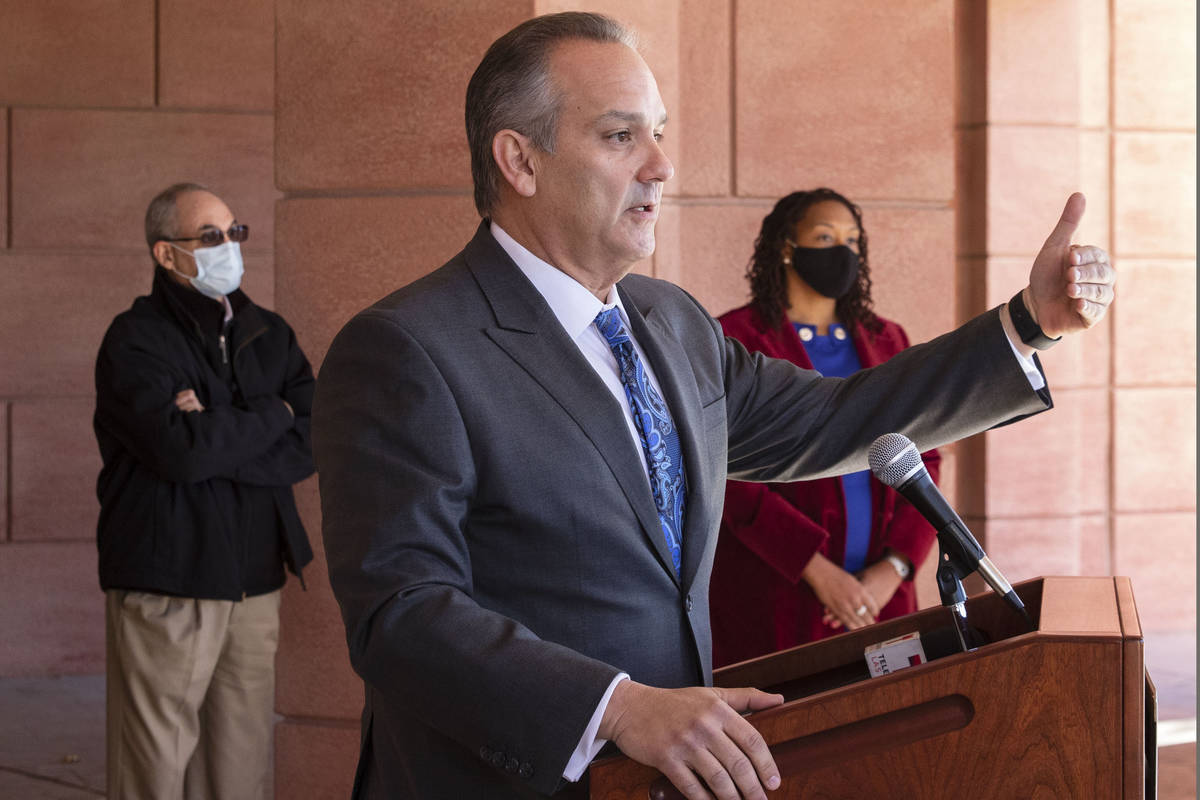 The percentage of students receiving an F during the first semester increased by more than one-third compared with last year. That’s tangible evidence of the pitfalls of remote learning.

On Thursday, the new Board of Trustees may take action toward reopening Clark County campuses to in-person instruction. Aside from some rural schools, classrooms haven’t been open since March. Many other large districts across the country have been far more proactive in getting kids back to school. It’s time Clark County joined them.

Yes, many teachers and staff members have worked heroically. Parents and students have striven mightily to make the most of it. But distance learning isn’t working for Nevada’s most vulnerable students.

Ahead of the meeting, the district released information on student grades. Last school year, 28 percent of students received an F during the first semester. That’s bad enough. This school year, 38 percent did. The percentage of elementary students earning a failing grade went from 32 percent to 41 percent.

During the first semester of last school year, 6 percent of assigned grades were an F. This year, it was 13 percent.

Interestingly, the percent of A grades assigned remained the same, 31 percent in both years. What this suggests is that students who were already doing well are managing distance learning successfully. That’s better than the alternative, but it’s cold comfort to those distance learning has left behind.

Last November, Superintendent Jesus Jara proposed a plan to reopen. Trustees balked, and the plan went on the shelf. Now, the board has three new trustees and a chance to try again, albeit with a watered- down version. That’s unfortunate. The original reopening plan was stronger and should be revived. Further inaction isn’t an option. On Sunday, Clark County Education Association President Marie Neisess penned a piece for these pages in favor of reopening.

The medical case for opening classrooms remains strong. Schools around the country and world have reopened successfully. A study in Iceland found that children are half as likely as adults to catch and spread the coronavirus. Dozens of other studies in the United States and around the globe have concluded schools may be safely opened.

In December, the district and teachers union agreed that pre-K to third graders should be the first students back in the classroom. The district should open all schools, but if trustees again balk, the lower grades are the most important place to start. Learning in the formative years lays the foundation for a student’s academic career. As the declining grades show, many elementary students need help now. Giving families the option to stay online, which was an option in the November plan, is important, too.

Clark County students have fallen behind. Trustees need to allow them back in the classroom.