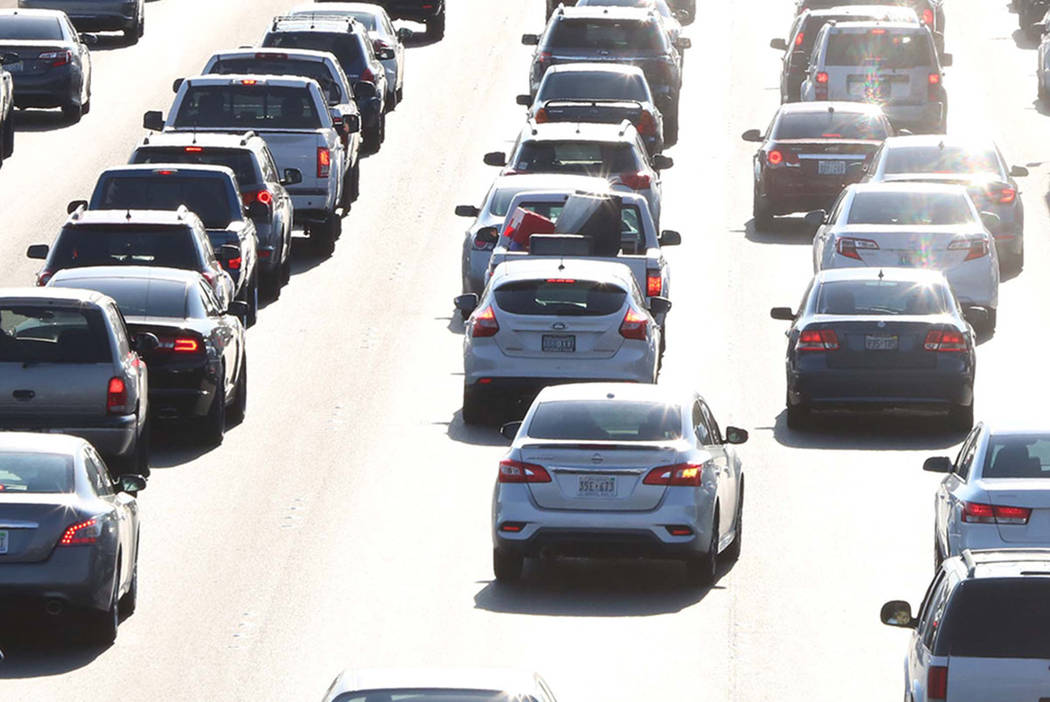 Nevada traffic fatalities jumped in 2018 to their highest level in a decade, as 331 people lost their lives on state roads. Nationally, traffic deaths have also increased in recent years after steadily declining for decades.

Those who eschew a vehicle for the sidewalk are also at increasing risk. The Wall Street Journal reported this week that “U.S. pedestrian deaths reached a nearly 30-year high in 2018.” In Clark County, the number of pedestrians killed soared by 37 percent in 2017.

In both instances — on the streets and on the walkways — safety experts point to distracted driving as one of the culprits for the increasing carnage. In particular, they blame those ubiquitous electronic devices that so many Americans seem incapable of setting aside for even a few moments.

“I barely see a car anymore without a device mounted to the windshield or dashboard,” Richard Retting, a safety consultant who wrote a recent report on pedestrian deaths, told the Journal, “including people watching movies.”

So now comes first-term Assemblywoman Michelle Gorelow, a Las Vegas Democrat, with Assembly Bill 200. The proposal seeks to address the growing problem of drivers focusing more on their smartphones and in-vehicle CED screens than on the road. AB200, scheduled for its first hearing on Friday, would require motorists involved in accidents to turn over their phones to the police so they could determine whether the drivers were using the devices prior to the crash.

Ms. Gorelow is no doubt well-intentioned. But her proposal is fraught with constitutional issues touching on due process, probable cause and the Fourth Amendment.

Proponents of AB200 argue devices are being developed that would allow law enforcement officers to quickly scan a phone to generate the necessary information without violating privacy rights. But that’s not the point. The U.S. Supreme Court has already ruled — correctly — that the police need a warrant to search a cellphone. That should apply here, too. The vital protection against “unreasonable searches and seizures” articulated in the Bill of Rights isn’t rendered null and void simply because of a traffic accident.

It’s hard to argue that cellphones and other electronic toys aren’t making roadways more dangerous. Who hasn’t witnessed a vehicle weaving all over the road only to see the driver fumbling with a smartphone or looking down while tapping on the keyboard? It’s entirely appropriate for lawmakers and police agencies to seek solutions to this growing problem. Ramping up enforcement of distracted driving laws and larger fines for offenders might be effective deterrents.

But any such strategies must be implemented within the constitutional constraints that have protected American citizens for nearly 250 years. AB200, as it is currently written, fails that test.