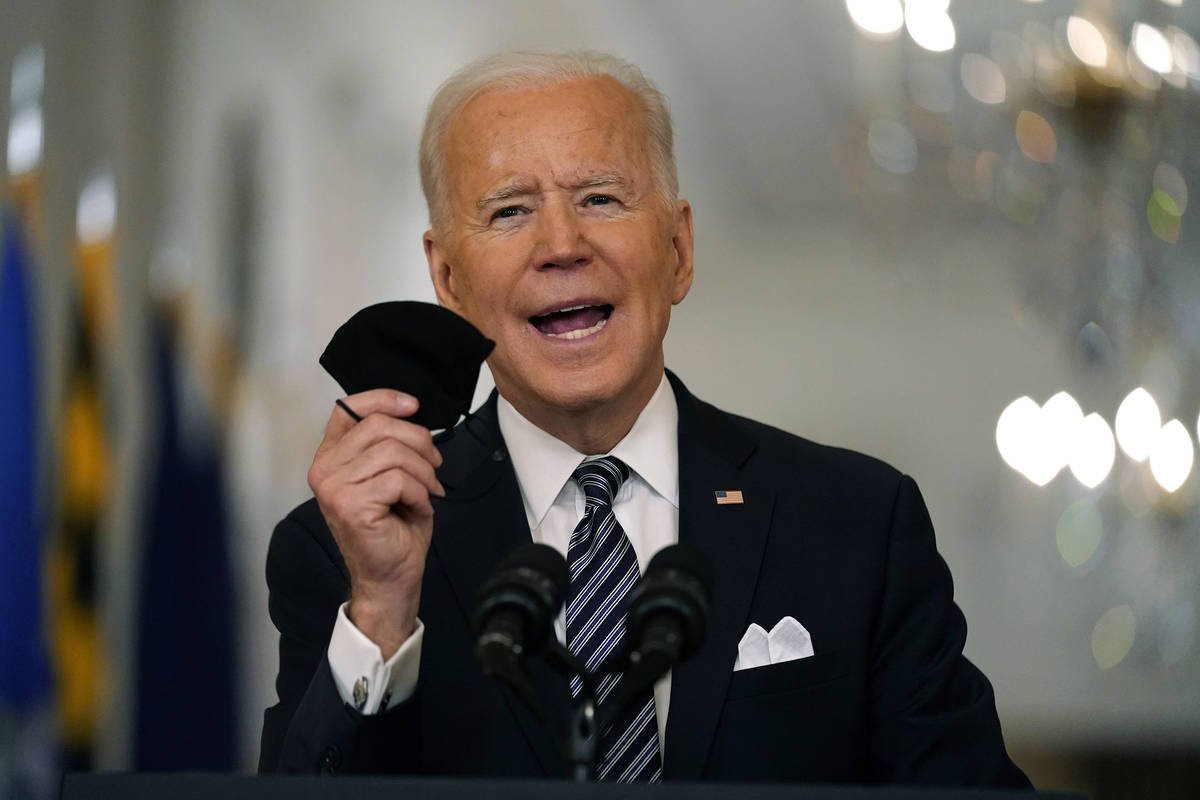 FILE - In this March 11, 2021, file photo, President Joe Biden holds up his face mask as he speaks about the COVID-19 pandemic during a prime-time address from the East Room of the White House in Washington. The U.S. is meeting President Joe Biden’s latest vaccine goal of administering 200 million COVID-19 shots in his first 100 days in office, as the White House steps up its efforts to inoculate the rest of the public. (AP Photo/Andrew Harnik, File)

Joe Biden’s staggering agenda — laid out in his Wednesday speech — proposes the biggest empowerment of the public sector in the history of the United States, if not the world. There is no longer any doubt that the modern Democratic Party’s ambition is to groom a new generation of loyal voters by expanding, creating and nurturing government dependency.

“Mr. Biden’s program aims to redistribute trillions of dollars of resources from the highest-earning households and businesses,” a Wall Street Journal news account noted last week, “to everyone making less than $400,000 a year.”

Take a moment to unpack that sentence. Consider a few synonyms for “redistribute.” Apparently, Mr. Biden and congressional Democrats will simply shuffle a few cups around the elusive pea while taking trillions of dollars away those devilish corporations and the scheming upper classes and transfer it to “everyone” who can’t afford a Lamborghini.

Meanwhile, the heavy hand of Mr. Biden’s administrative state — under the premise of fighting global warming — will demand that Americans give up traditional energy sources as we approach 2030, less than a decade down the road. Never mind that the technology doesn’t exist right now to fuel our economy with wind or solar power and that none of this will do anything to accomplish the stated objective. If Americans must become poorer in order to usher in the new energy order, so be it.

Mr. Biden and his allies will maintain, of course, that all this can be done without any damaging economic consequences. Never mind that they haven’t bothered to map out a plan to pay for the trillions and trillions of new spending beyond ramping up the printing presses (otherwise known as “modern monetary theory”), which explains their utter disinterest in fostering a thriving private sector. Yes, the Biden administration has proposed massive tax hikes on corporations and the wealthy, but if that plan survives the Senate, it won’t come close to covering the costs of this record fiscal blowout.

The president continues to insist that no American who makes less than $400,000 a year will pay a thing. That’s patent nonsense. Even Bernie Sanders admitted on the campaign trail that his socialized medicine scheme would require financial participation from the middle class. But even if Mr. Biden can push that giant elephant onto his successor, Americans will eventually feel the hurt of this administration’s economic incoherence in myriad ways, directly or indirectly.

“Combined with the threat of rising interest rates and inflationary pressure,” Monica Crowley noted in The Hill last week, “higher taxes will slow job creation, reduce our global competitiveness and bend the future economic trajectory down. A sputtering economy would mean dimmer job prospects, lower wages and higher costs everywhere, impacting the ‘little guy’ the most.”

The irony is that Mr. Biden walked into an economy bursting at the seams as the nation rebounds from the pandemic and more Americans receive vaccinations. The administration will no doubt take credit for the 6 percent growth number during the first quarter — that’s politics — but a potted plant in the Oval Office could have produced similar results. The boom is poised to continue in the short term in spite of the White House. But Mr. Biden’s belief that higher taxes, increased regulation and greater dependency constitute the foundation for long-term prosperity is a progressive fantasy that will further endanger the nation’s fiscal health and threaten the well-being of the very people the president claims he wants to help.

Because, in the end, somebody will have to pick up the tab for that “free” buffet. 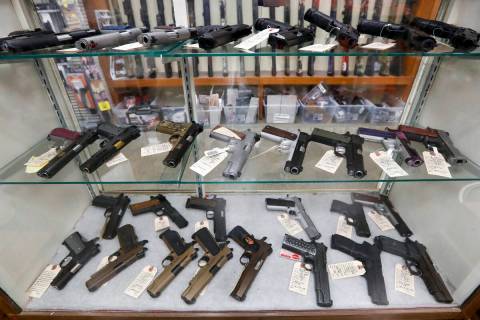