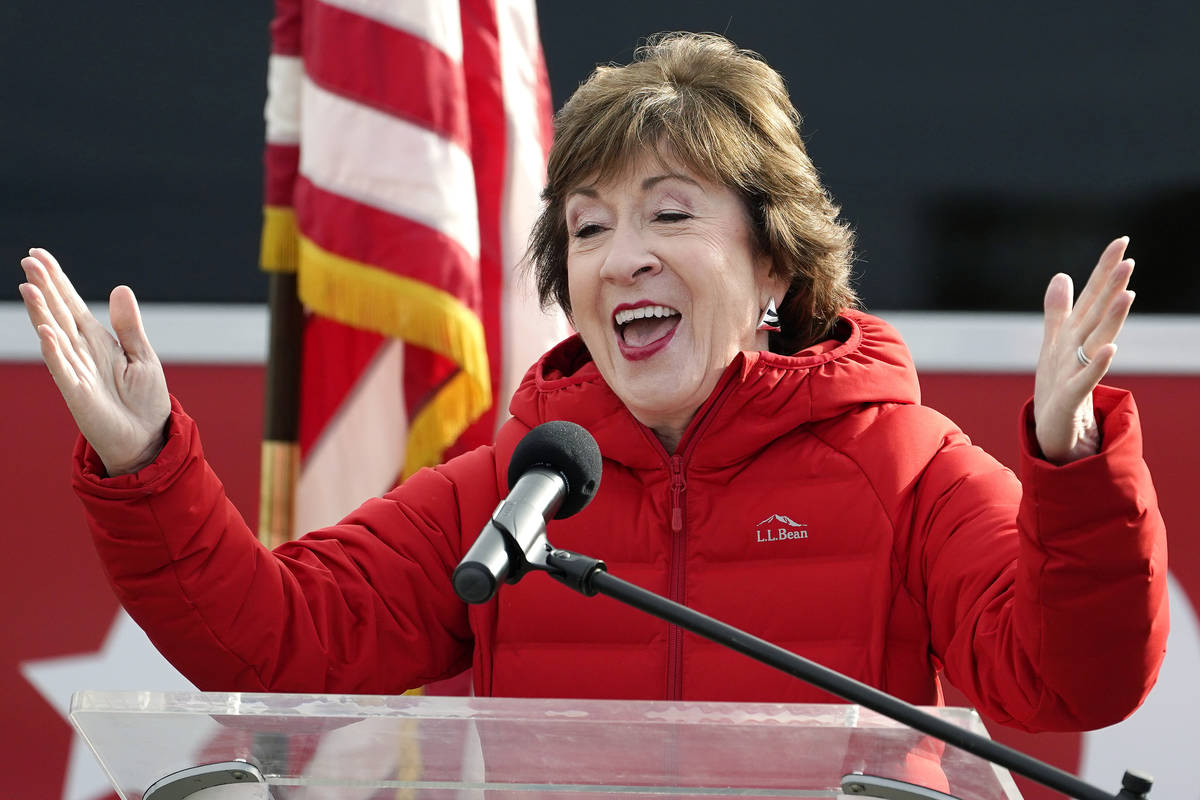 The long knives were out for Sen. Susan Collins, R-Maine.

Her Democratic challenger Sara Gideon had determined to beat the last New England Republican in Congress by tying President Donald Trump around her neck like an anvil. That was to be expected.

But also The Lincoln Project — a group of onetime Republican operatives who oppose Trump — joined Democrats in targeting Collins.

The group said it wanted to save the Republican Party, but then it went after the GOP’s finest. Fueled in part with big money from Democratic megadonors, they labeled Collins — who didn’t vote for Trump in 2016 and was named the most bipartisan U.S. senator by the Lugar Center in 2017 — a “Trump stooge” and charged she let Senate Majority Leader Mitch McConnell control “her voice.”

Like so many 2020 contests, the polls got her race completely wrong. Collins garnered 51.1 percent of the vote to Gideon’s 42.3 percent — majority support that kept her lead from being spoiled by Maine’s ranked-choice voting scheme.

Rejoice. All the low-rent attacks against Collins failed. It is especially gratifying to see the swells at The Lincoln Project, who styled themselves as the brains of the GOP, tank so spectacularly. And for nothing … well, except all the money they raked in and their star treatment on MSNBC, which they would never get working for solid Republicans.

The project’s stock and trade were troll-like videos posted on Twitter. The day before the election, Steve Schmidt, who masterminded Sen. John McCain’s 2008 presidential campaign, tweeted a video that showed Trump dancing on a sinking ship and ended with video of Collins, McConnell and GOP Sens. Joni Ernst of Iowa and Lindsey Graham of South Carolina, sinking into the drink. “I love this with all my heart and soul,” he crowed.

Note: All four Republican senators whom they consigned to a watery grave won re-election.

When Trump tweets tasteless videos of their opponents dying, critics rightly are appalled. Yet somehow anti-Trumpers think it is clever when they do the same thing.

Lincoln Project boosters often boasted that the group had been living rent-free inside Trump’s head, clearly missing the obvious fact that they had turned into Trump — not only with their teenage-boy videos but also with their lashing out at people who in any rational universe would be allies.

Trump often has done the same. Last month he tweeted against Collins for not voting for Supreme Court nominee Amy Coney Barrett and other offenses. (In this case, I suspect Trump shrewdly was trying to help Collins with her Democratic constituents.)

A week ahead of the election, Axios reported that The Lincoln Project was in talks to branch out with a nonfiction film, a “House of Cards”-type fictional series and other prestigious projects.

And these guys who think they are so smart and superior couldn’t even beat Collins.

Collins’ finest moment came in October 2018 before she voted to confirm now-Justice Brett Kavanaugh, who had been smeared with wholly unconfirmed decades-old allegations of sexual misconduct. Weaker minds turned on Kavanaugh and dispensed with notions of due process because they hated Trump. Withstanding scary threats and unrelenting harassment, she stood strong and focused on what was important.

“We must always remember that it is when passions are most inflamed that fairness is most in jeopardy,” Collins said. “The presumption of innocence is relevant to the advise and consent function when an accusation departs from a nominee’s otherwise exemplary record. I worry that departing from this presumption could a lead to a lack of public faith in the judiciary and would be hugely damaging to the confirmation process moving forward.”