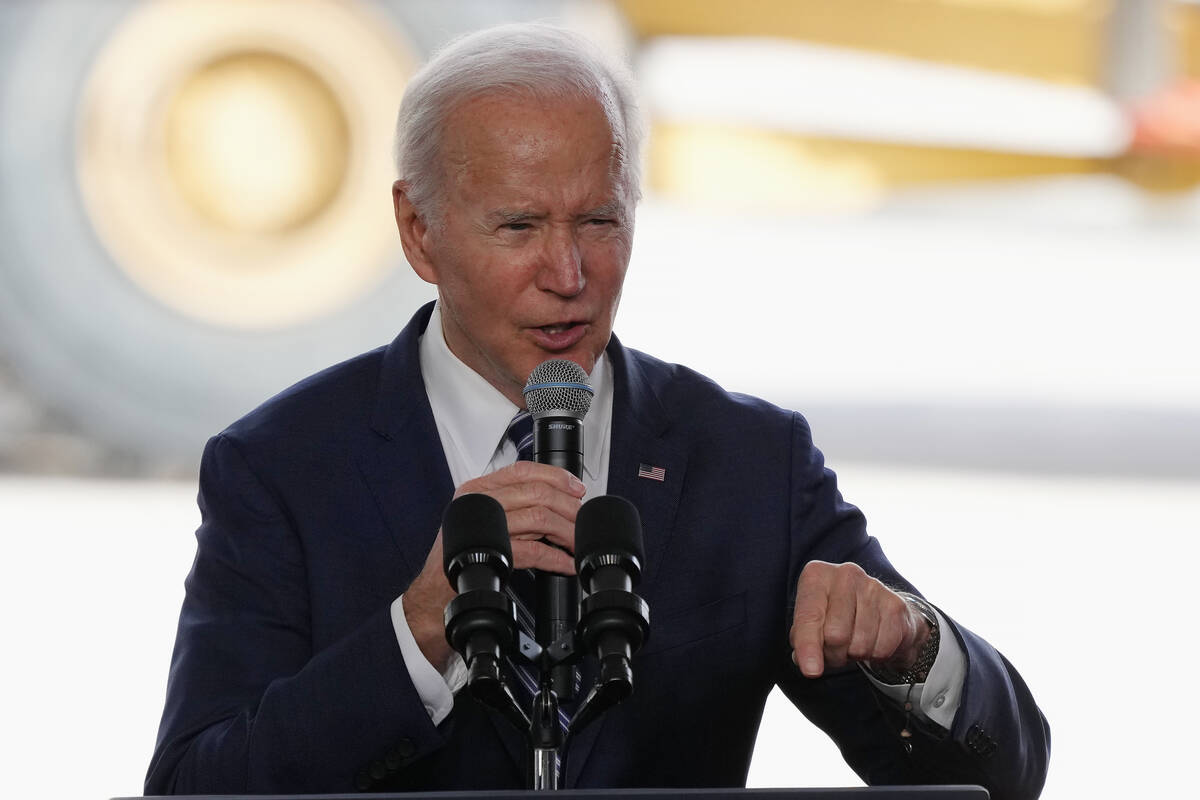 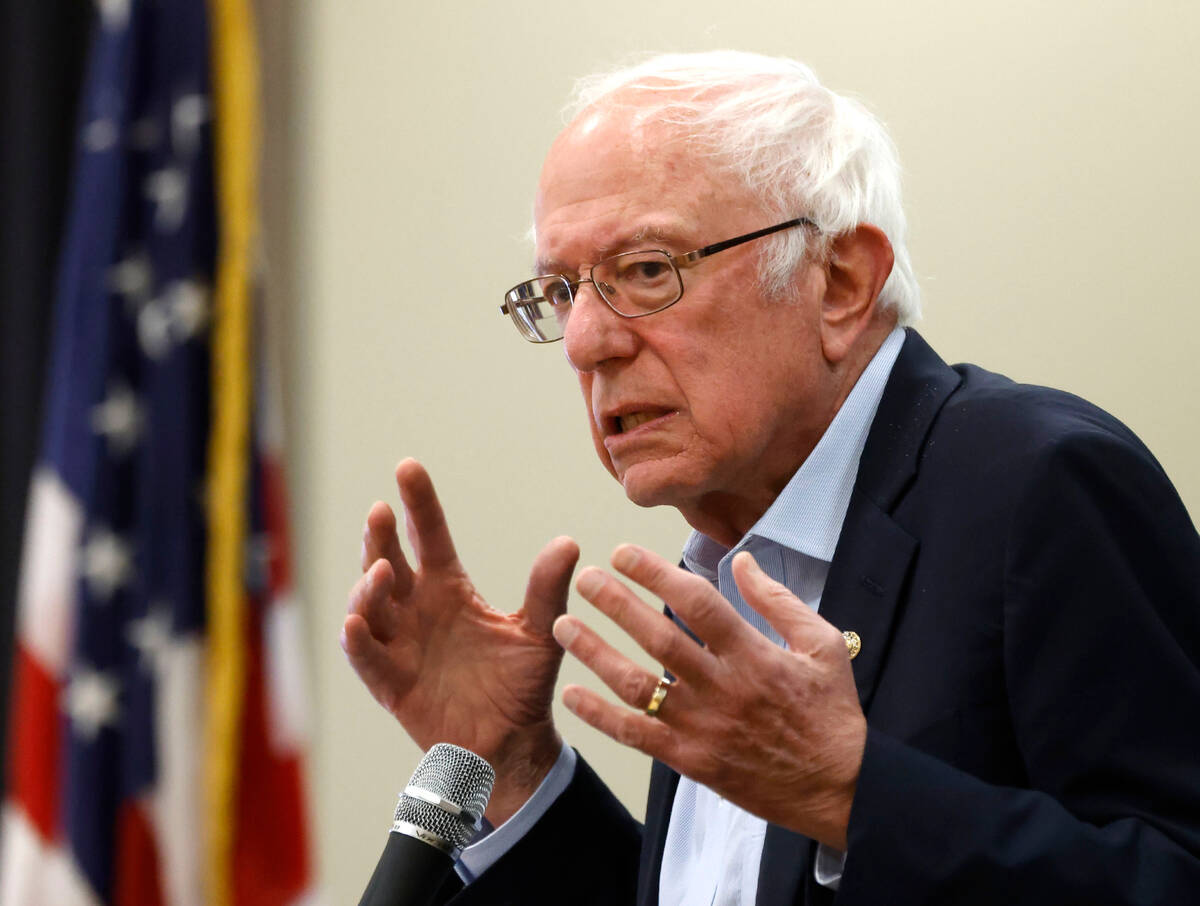 Thanks a lot, President Joe Biden! What did Nevada ever do to you?!

Sure, there was that one time in 2020 that Nevada Democratic caucusgoers voted for Vermont Sen. Bernie Sanders by a more than 2-to-1 margin over you, awarding him 24 delegates to your measly nine.

And he wasn’t even a Democrat!

But hey, you came in a distant second, which gave you a mini-boost going into South Carolina that year, when your campaign really took off.

And don’t forget Nevada voted for you, 50 percent to 48 percent, over Donald Trump in the 2020 election. Plus, we’ve done away with our chaotic caucus and instituted a presidential preference primary instead.

So there’s no cause for you to go throwing your presidential weight around to award the first-in-the-nation primary to South Carolina, thwarting Nevada’s bid to go first in 2024. That smacks of stacking the deck for your 2024 re-election campaign, Mr. President.

And of course, if Democrats know how to do anything, it’s make a bad idea even worse: The Democratic National Committee’s Rules and Bylaws Subcommittee decided that Nevada and New Hampshire should have their primaries on the same day in 2024!

What’s that, tied for second? Second-and-a-half in the nation? Lame, Mr. President, especially when Nevada was bidding to go first, and New Hampshire is not exactly known for sharing.

In fact, the Granite State’s laws require that state to hold the nation’s first primary, as its done since 1920. Not only that, but the law also says no other state can have a primary earlier than seven days after New Hampshire, presumably so voters elsewhere can evaluate the snowbound wisdom of Granite Staters’ choice.

Democrats from New Hampshire say they will stand by their law and not the DNC’s new schedule. “As frustrating as this decision is, it holds no bearing over when we choose our primary date: New Hampshire’s state law stipulates that we will hold the ‘First in the Nation’ primary,” said U.S. Sen. Jeanne Shaheen, D-N.H., according to the Concord Monitor. “That status remains unchanged as we are bound by state statute.”

And if you think that New Hampshire’s Republican-controlled Legislature or governor might consider changing the law to accommodate the DNC, think again. “New Hampshire will not be blackmailed by Joe Biden and his political hacks in the Democrat Party,” said Gov. Chris Sununu in the Valley News of Lebanon, New Hampshire.

Apparently, New Hampshire is not cowed by threats of losing delegates or candidates barred from participating in a rogue primary.

But even if New Hampshire (and Iowa, which up until now held the nation’s first caucus and also has a state “me first” law) were to surrender, we in Nevada are actually worse off than we were before. With just three days and 1,000 miles between South Carolina and New Hampshire, Nevada will undoubtedly be neglected by candidates traversing the eastern seaboard instead of taking a long flight out west. They might even stay in the original colonies, given that Georgia is slated for a Feb. 20 primary.

And your shabby treatment of Nevada comes after everything Silver State’s Democrats did to make voting as easy and convenient as possible for all its residents! Sure, Democrats lost the governor’s mansion and a couple of minor constitutional offices this year. But voters generally defied predictions of a red wave, rejecting an election denier who wanted to be secretary of state and a woman reportedly under FBI investigation for campaign finance problems who wanted to be treasurer. Doesn’t that count for anything, Mr. President?

And while Nevada’s senators say they’ll try again to become first in the nation come 2028, not everybody in the Silver State is of the “thank you sir, may I have another” mindset.

As you may know, Nevada’s state law provides that, if a candidate is uncontested for a nomination, we won’t even have a primary at all. (Republicans say they’re sticking with the existing Iowa-New Hampshire-Nevada-South Carolina arrangement.) That means unless somebody runs against you in 2024, our brand-new presidential preference primary might be entirely moot!

You realize what this means? In order for Nevada to even have an election, we’re going to need an opponent.

So, Bernie Sanders, what do you say? Want to give it another go? You’re still really popular in the Silver State, and you’ve probably got New Hampshire in the bag.