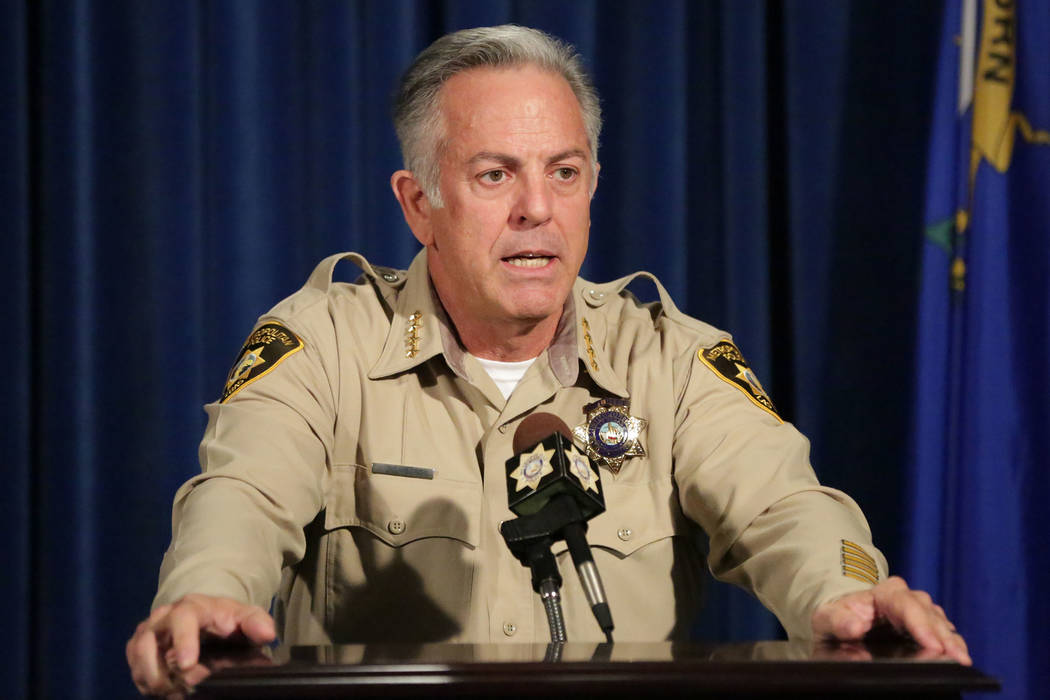 The Metropolitan Police Department has implemented a new sanctuary policy. It might also help prevent Nevada from becoming a sanctuary state.

When Metro makes an arrest, its officers run the suspect through an Immigration and Customs Enforcement database. If the person is here illegally, Metro notifies ICE, which can request that the department detain him. It’s called the 287(g) program and is used around the country. By contrast, sanctuary cities refuse to tell ICE when they have illegal aliens in custody.

In December, Sheriff Joe Lombardo ordered his officers to stop notifying ICE when they had arrested an illegal alien who had only low-level traffic bench warrants. The policy change wasn’t made public until earlier this month when Metro lobbyist Chuck Calloway mentioned it to a legislative committee. In what Calloway insists was a coincidence, opponents of the 287(g) program had held a protest the day before his testimony.

“My focus as sheriff is always the safety of this community while not compromising the trust of specific groups in our city,” Lombardo wrote in a statement last week. “That is why I made the decision last year for my staff to not put detainers on people who only have low-level traffic bench warrants.”

Illegal immigration sympathizers accurately celebrated this as a win — and made it clear they’re not done.

“Big deal,” Sen. Yvanna Cancela, D-Las Vegas, tweeted. “Wouldn’t have happened if activists and community hadn’t pushed. Still more work to do, but this is a good step forward.”

In 2017, Cancela proposed making Nevada a sanctuary state. Although that bill died in committee, Calloway has heard rumblings about new efforts “to limit law enforcement cooperation with ICE.”

Lombardo won’t be joining that effort.

“Remember, 287(g) serves to help identify violent criminals who are in our city illegally,” Lombardo wrote. “I was not forced to change policy. I made the change because it was the right thing to do when I did it.”

It’s possible to take Lombardo’s statement at face value, but it’s impossible not to consider the political stakes. Democrats, including those who want to make Nevada a sanctuary state, swept to power in November.

The most sympathetic people affected by the 287(g) program are illegal immigrants who are arrested for not paying traffic tickets. By removing the threat of deportation in such cases, it looks as if Lombardo is willing to sacrifice a small part of the program to make the rest of it more politically palatable. If Democrats want to make Nevada a sanctuary state, they have to defend keeping ICE in the dark about illegal aliens arrested for crimes such as theft, assault or murder.

In Northern Nevada, a serial killer murdered four people last month. The man who has been arrested in connection with the crimes, Wilber Ernesto Martinez-Guzman, is an illegal immigrant. His only known prior contact with law enforcement was a February 2018 speeding ticket. Imagine if police had been able to arrest Martinez-Guzman for an unpaid speeding citation. Notifying federal immigration authorities could have saved four lives.

Last week, Democrats argued that Nevada needed universal background checks on gun sales even if it saves just one life. Don’t expect them to extend that logic to sanctuary cities, even though removing criminals from the country is a great method of crime prevention.