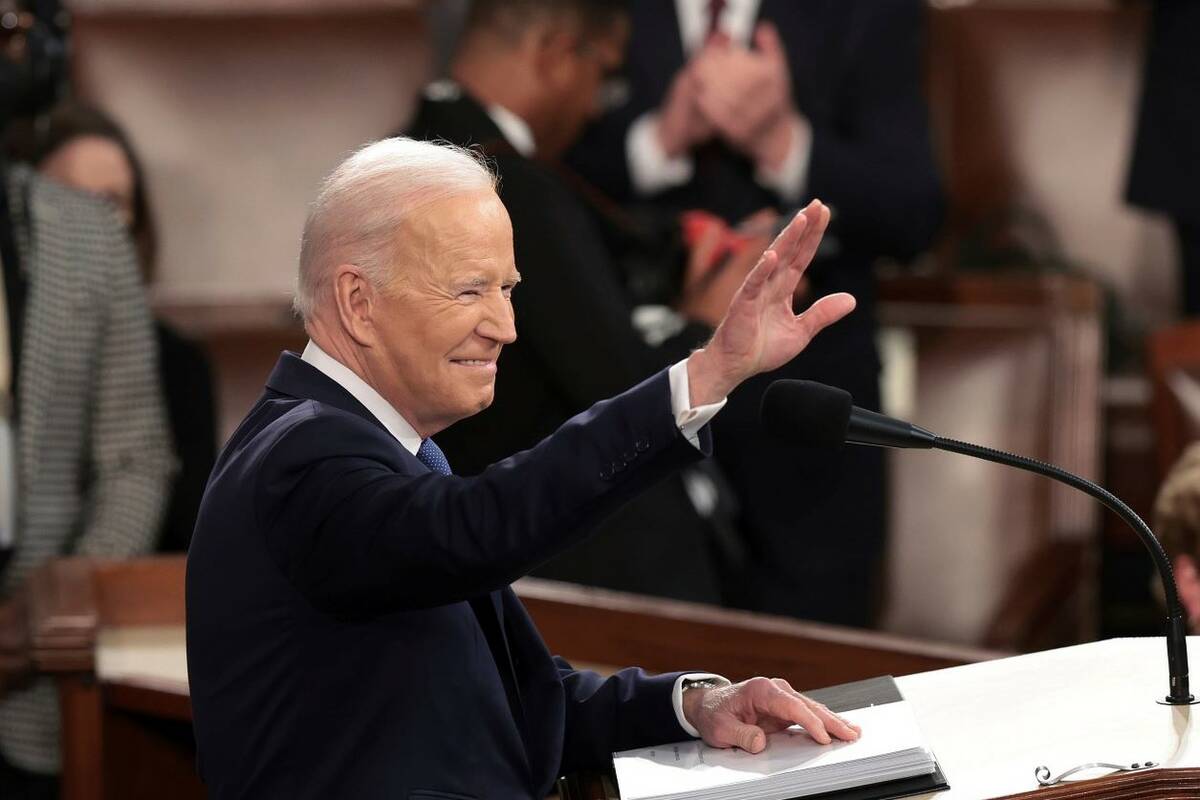 President Joe Biden arrives to deliver his State of the Union address to a joint session of Congress at the Capitol, Tuesday, March 1, 2022, in Washington. (Win McNamee, Pool via AP)

That sound you hear is Democrats up for re-election scrambling for political cover.

Leading up to the State of the Union, Democrats wanted President Joe Biden to “reset” his failing administration.

“More like Reset of the Union: Dems hope for a pivot as Biden readies his speech,” Politico reported. The New York Times, CNN and ABC also had stories echoing the reset theme.

The political wisdom of change is obvious. Biden’s job approval sits at just 40.7 percent in the Real Clear Politics polling average. His disapproval rating is 54.3 percent, which is a -13.6 percent gap.

About the only positive takeaway is that Biden has finally unified America — around the belief that he’s doing a terrible job.

Congressional Democrats look likely to pay the price. Republicans have a 3.6 percent edge in the generic congressional ballot, per RCP. Throughout most of March 2014, Democrats held a slight edge in that measurement. In November 2014, Republicans won nine Senate seats, flipping control of the chamber. They earned their biggest House majority in decades, too.

The need for Biden to pivot was obvious, but he didn’t deliver. He barely even tried during what will most likely be his most watched speech of the year.

Biden talked up the American Rescue Plan, which poured money into a recovering economy and paid people not to work. Unsurprisingly, this sent inflation spiraling upward, as even former Clinton Treasury Secretary Larry Summers predicted before it passed. His plan to fight inflation involves oodles of new spending and new taxes on businesses.

He trotted out a class warfare attack on the top wage earners. He talked about electric charging stations. He called for national unity and then claimed Republican states passed laws to suppress voters and subvert elections.

Aside from the parts on Ukraine, much of this speech could have come from a year ago. Regurgitating the agenda that produced the country’s problems isn’t a reset.

Even the exceptions to this were tepid. Amazingly, the “science” on masks and opening schools changed right before his speech. But he also undercut the return-to-normal messaging. “We will never just accept living with COVID-19,” he said. He set up a standard that he can’t meet. Bizarre.

He was more direct about policing. He said, “The answer is not to defund the police.” That’s a start. But it’s doubtful voters will believe it when there’s so much footage of prominent Democrats saying the opposite.

At this point, federal and state Democrats would be wise to distance themselves from Biden. If voters see races as a referendum on the president, Democrats in competitive districts will be swept away. Savvy politicians, such as West Virginia Democrat Sen. Joe Manchin, started this months ago.

That spells trouble for Nevada Democrats. Sen. Catherine Cortez Masto has been a reliable vote for Biden. So have Reps. Dina Titus, Susie Lee and Steven Horsford. As the result of redistricting, all three are vulnerable to a red wave. Nevada is still a swing state, so Cortez Masto is in trouble, too.

Biden showed Tuesday that he’s not resetting his failed agenda. It’d be politically wise for Nevada Democrats to conduct their own “reset” and begin — however disingenuously — to vocally oppose Biden.