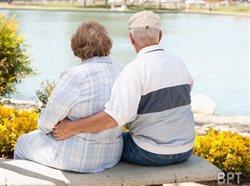 Is America facing a retirement crisis?

Is America facing a “looming catastrophe” when it comes to retirement? One expert believes so. At a recent summit sponsored by the U.S. Chamber of Commerce, a Fidelity Investments executive used these words to describe the potential future of millions of baby boomers who plan to retire in the coming decades.

Research conducted by Fidelity Investments indicates that many baby boomers may not be saving enough money to meet their basic living expenses in retirement. Nearly four in 10 retiree households today do not have sufficient income to cover their monthly expenses, he noted. In addition, over half of all Americans have saved less than $25,000 for retirement (not including home equity or pension plans) and 28 percent have saved less than $1,000.

A catastrophic effect on society

The Fidelity executive noted that if millions of baby boomers are unable to meet their basic living expenses during retirement, the burden of caring for them could fall to their children. He believes this could have a “catastrophic” effect on the entire nation — our citizens, the economy, and national security — as future families’ living standards are lowered due to the need to support their parents who failed to plan adequately for their own retirement.

The United States is currently about three decades into a broad shift away from employer-funded defined benefit pension plans toward defined contribution plans that are primarily funded by employees, although employers may match these contributions. According to the Fidelity executive, the nation’s private retirement system is widely acknowledged to be failing millions of Americans. In fact, more than one in three working Americans currently does not have access to an employer-sponsored retirement plan he noted.

Another factor is increasing life expectancies in the U.S., which could mean that retirement savings have to last many more years than individuals may have planned. The executive also pointed out that there are relatively low levels of financial literacy in the U.S., so many people don’t understand basic financial concepts like living on a budget and saving and investing for the future.

One silver lining he pointed to is the fact that there have been improvements in retirement plan participation and contribution levels since passage of the Pension Protection Act of 2006. This legislation adopted new rules that changed participation in employer-sponsored retirement plans from opt-in to opt-out. In other words, employees are automatically enrolled in their employer’s retirement plan when they start work, and they have to opt out if they don’t want to participate.

In addition, many retirement plans now include target-date funds as default investments. These may help remove some of the confusion and complexity some employees face when it comes to choosing the right investments by automatically investing their money in certain funds based on their age and target retirement date (although these funds do not offer a guaranteed return or guarantee against loss of principal).

“Responsibility for saving to ensure a comfortable retirement has shifted primarily to employees themselves,” says David Lerner Associates Branch Manager Jonathan Jarow. “The best way to prepare for retirement is to participate in a retirement plan at work if one is offered and then contribute as much money as possible, up to the annual contribution limit.

“Or if the employer doesn’t offer a retirement plan, open an IRA and contribute as much as possible, up to the annual contribution limit,” Jarow adds. “Ideally, this would be done by setting up automated monthly transfers of money from a checking or savings account directly into the IRA.”

Material contained in this article is provided for information purposes only and is not intended to be used in connection with the evaluation of any investments offered by David Lerner Associates, Inc. This material does not constitute an offer or recommendation to buy or sell securities and should not be considered in connection with the purchase or sale of securities. Member FINRA & SIPC.