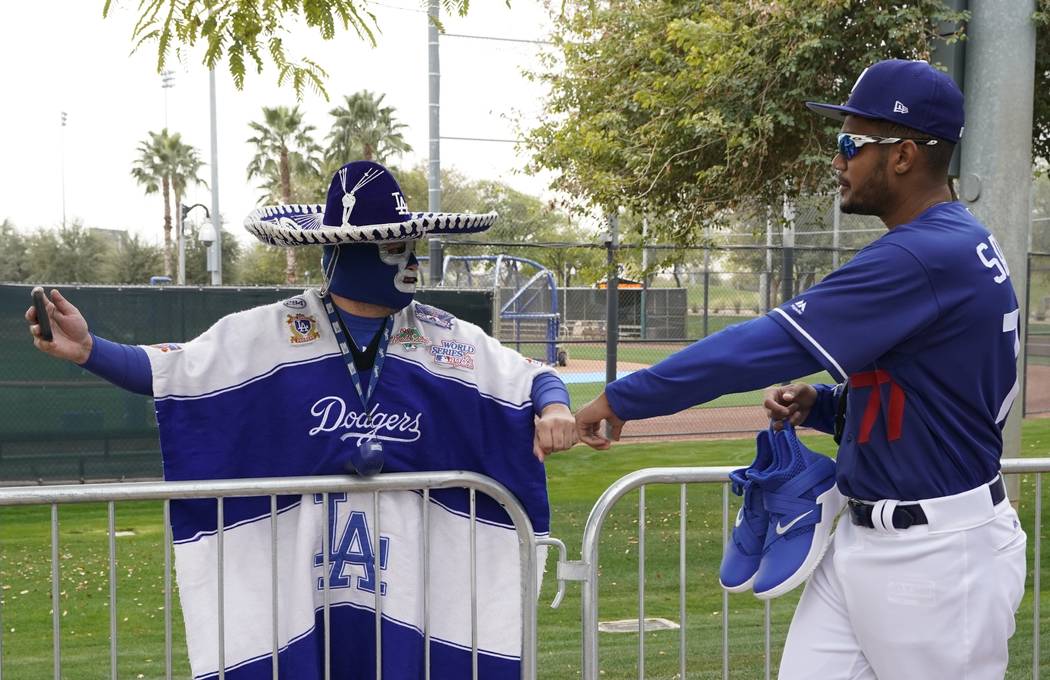 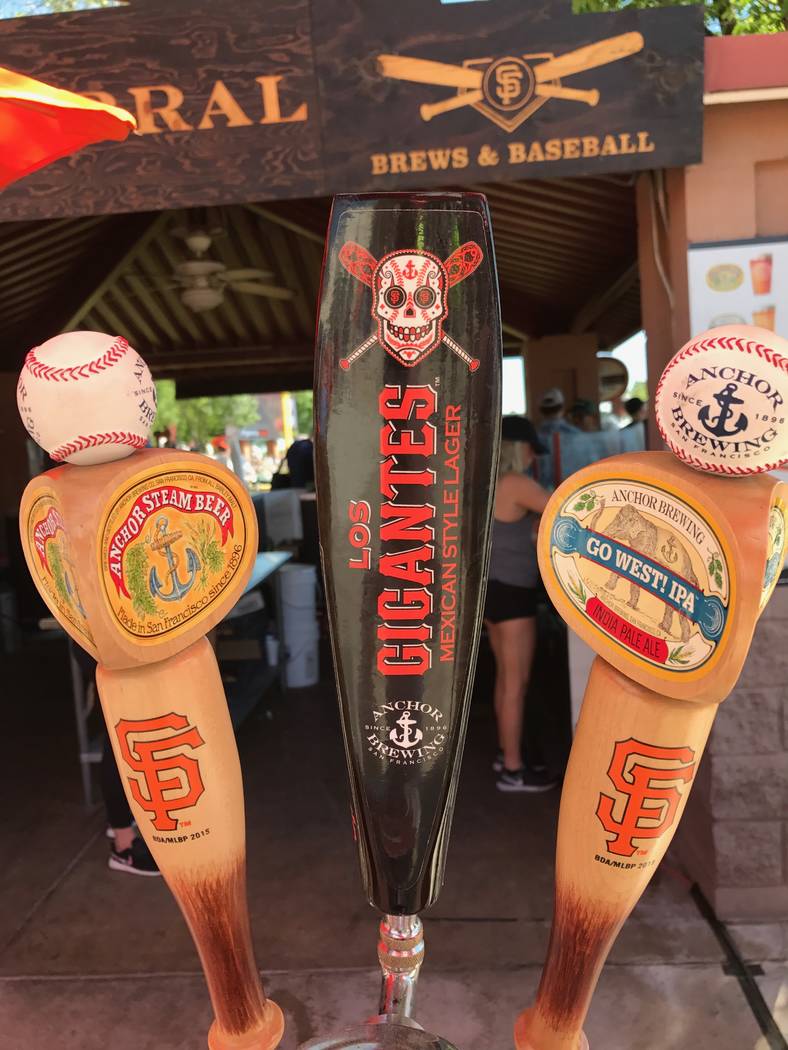 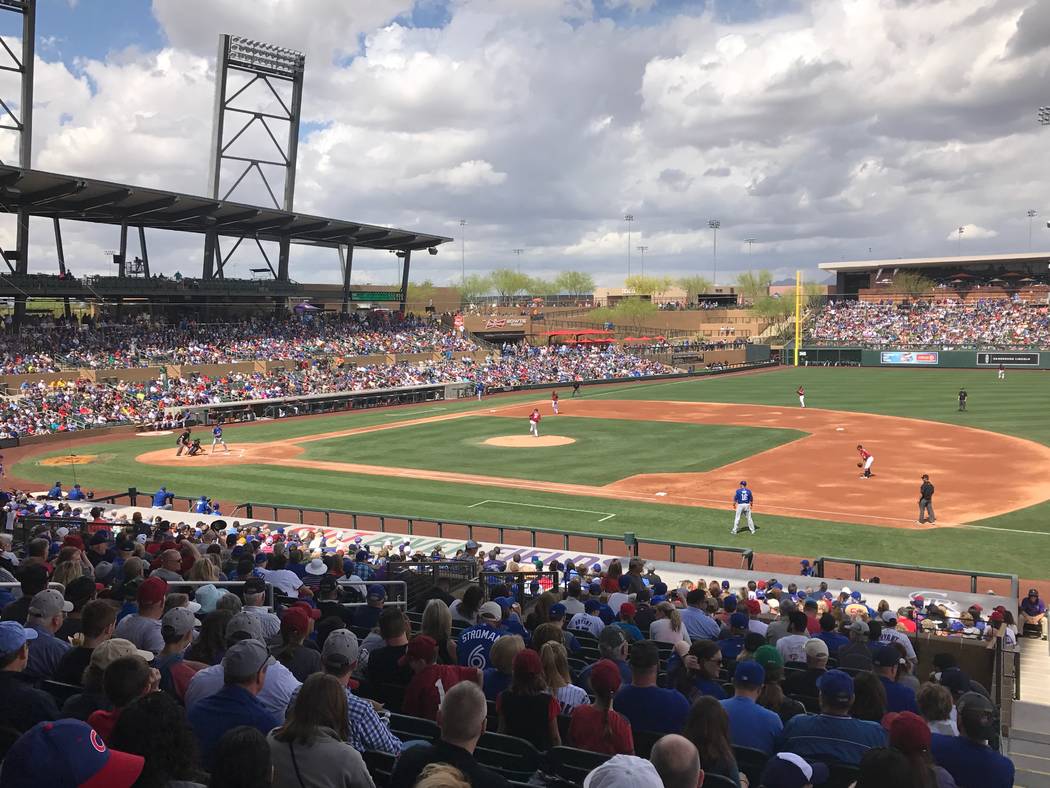 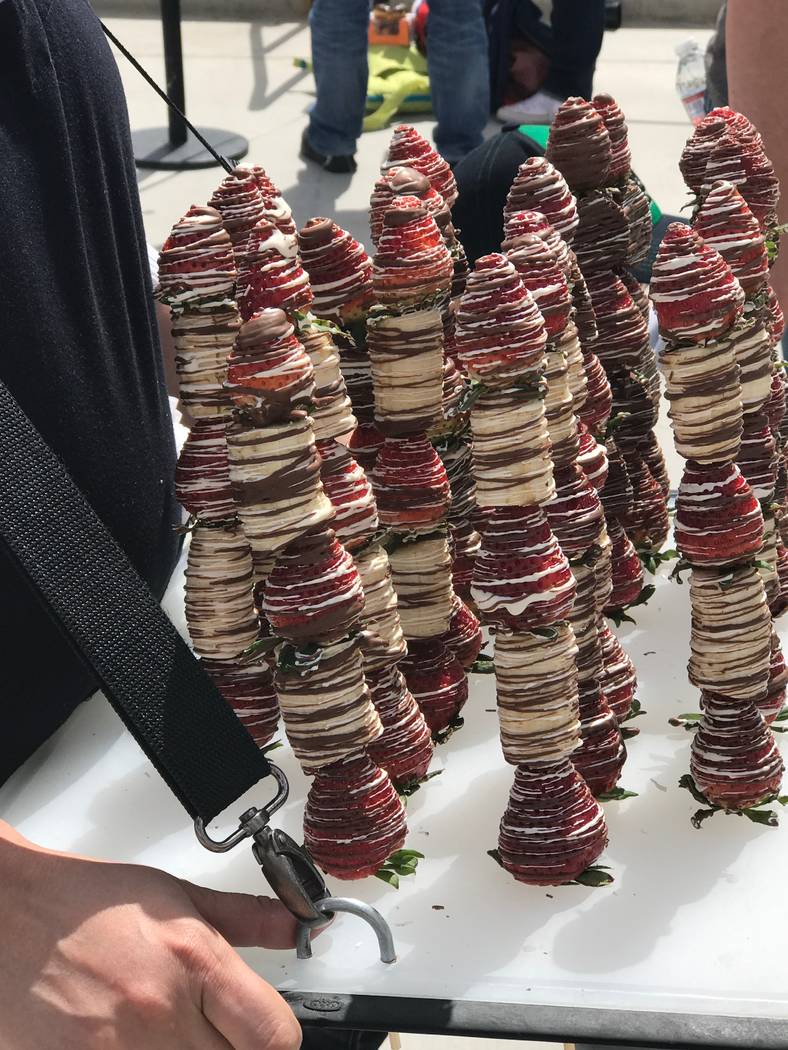 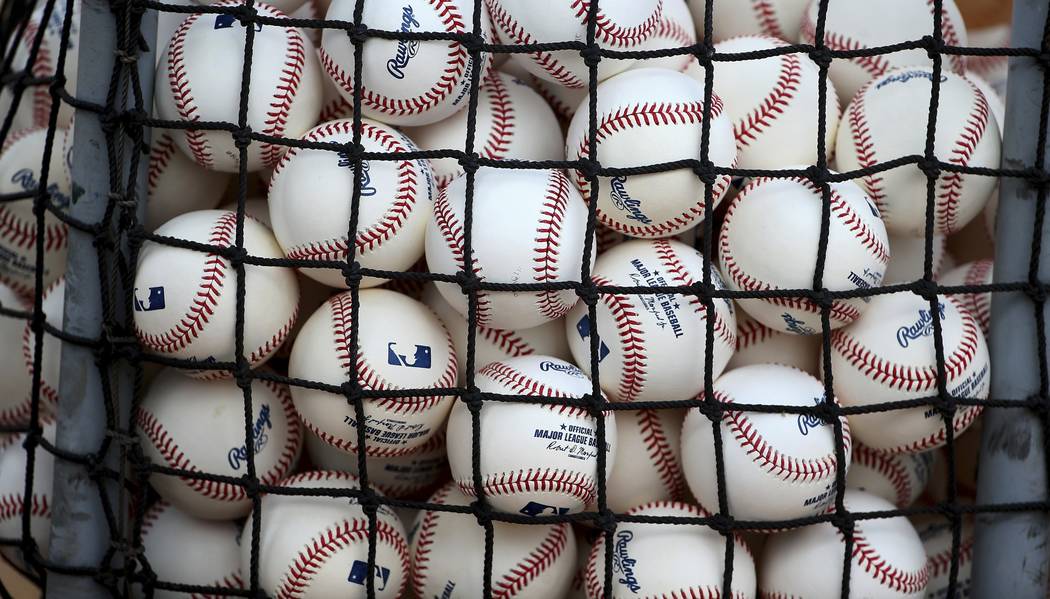 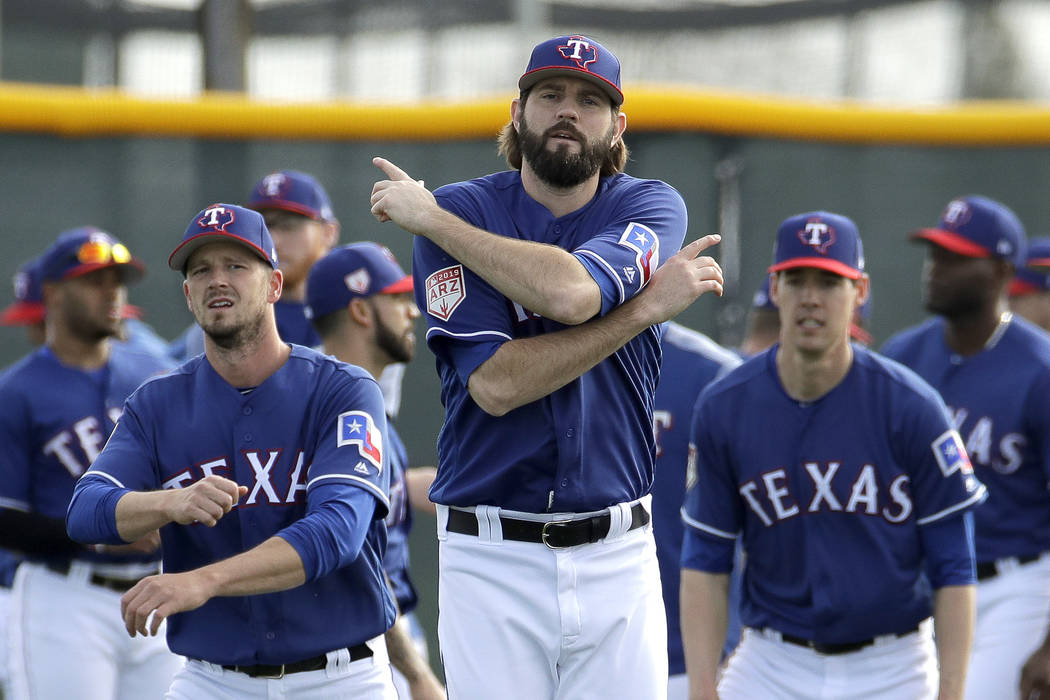 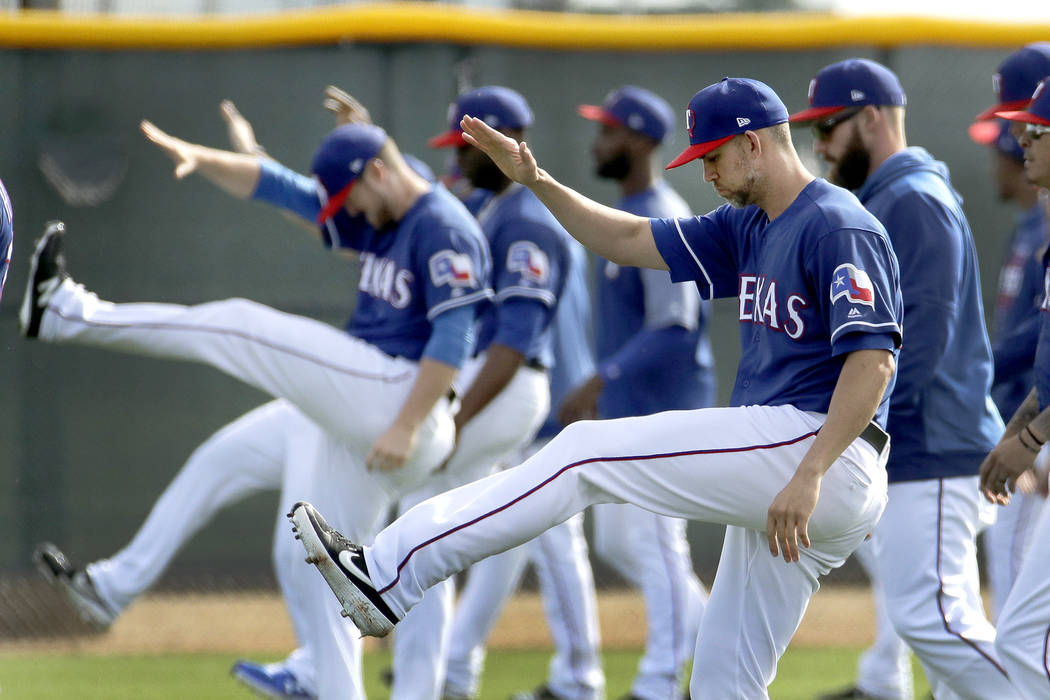 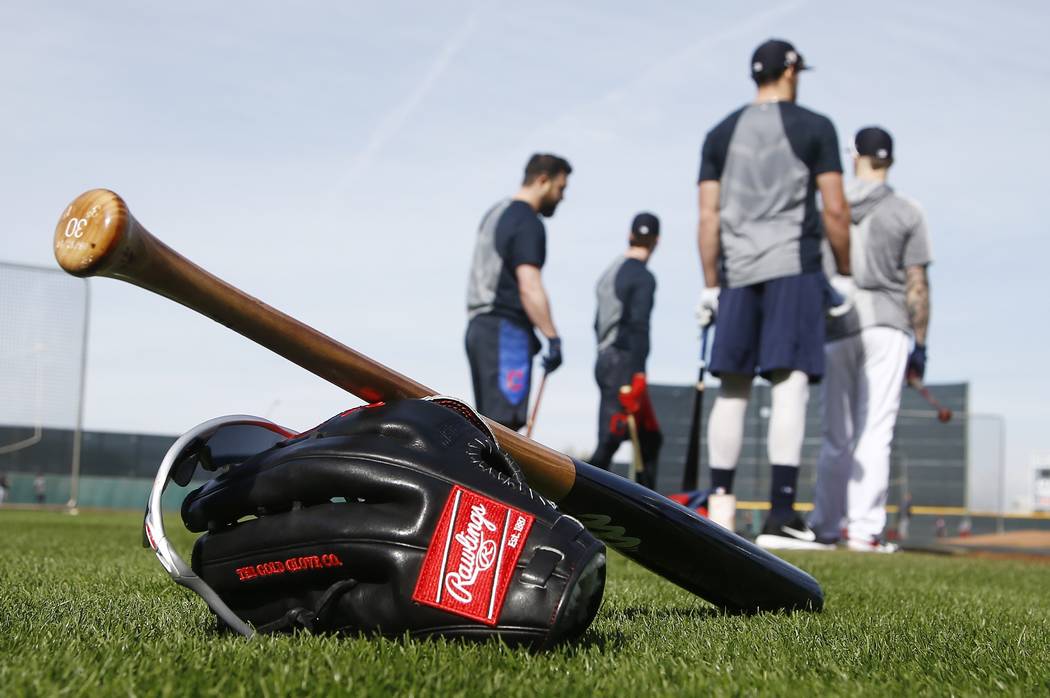 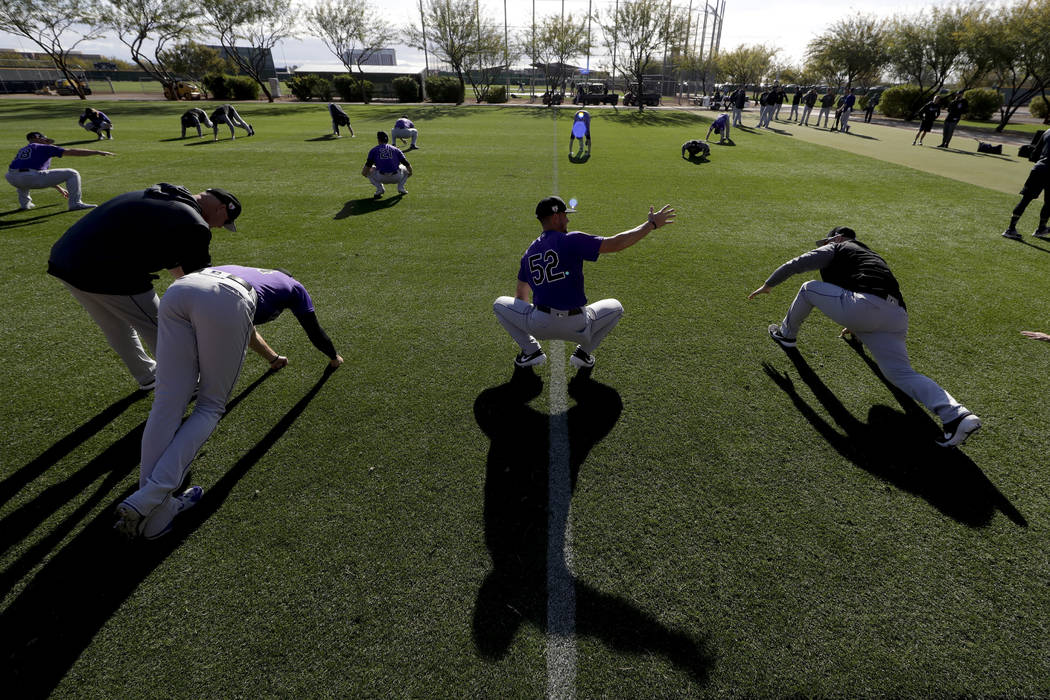 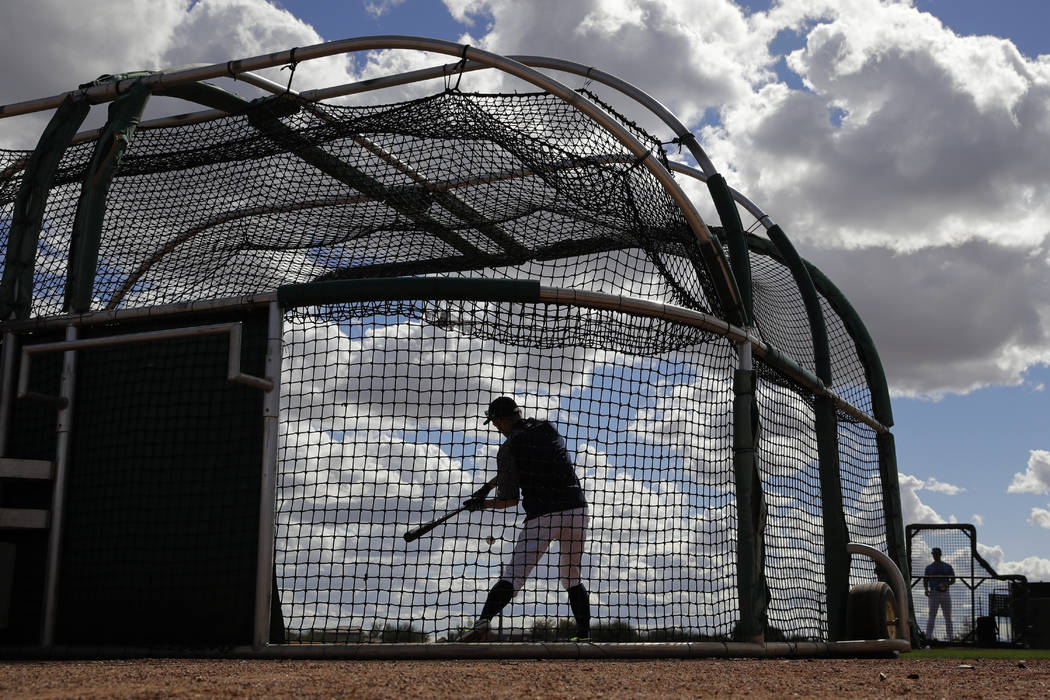 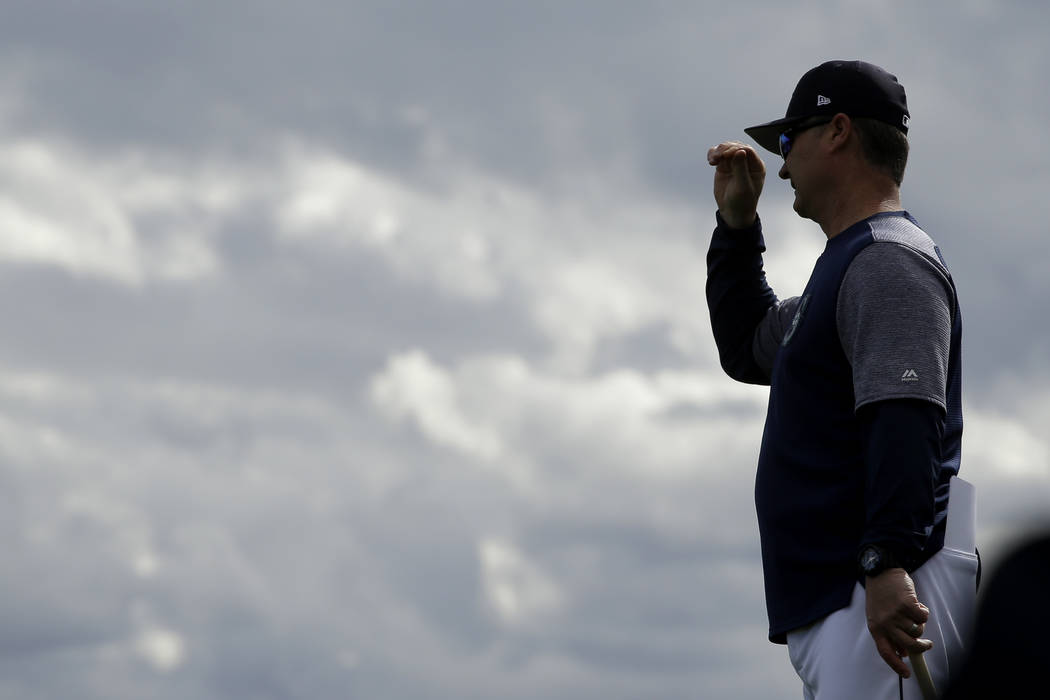 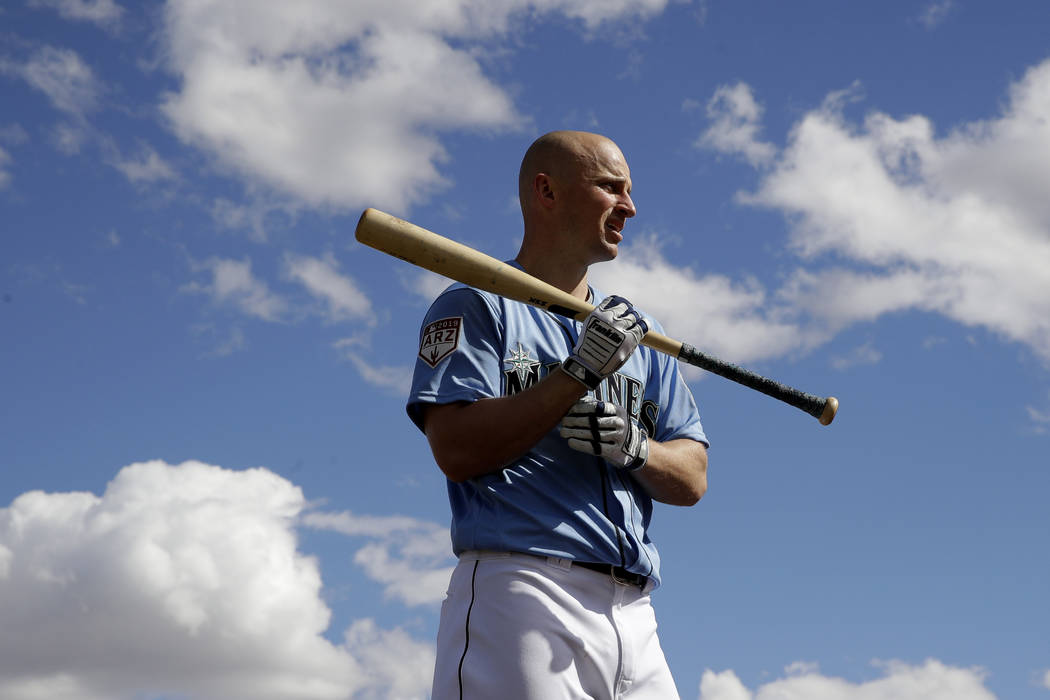 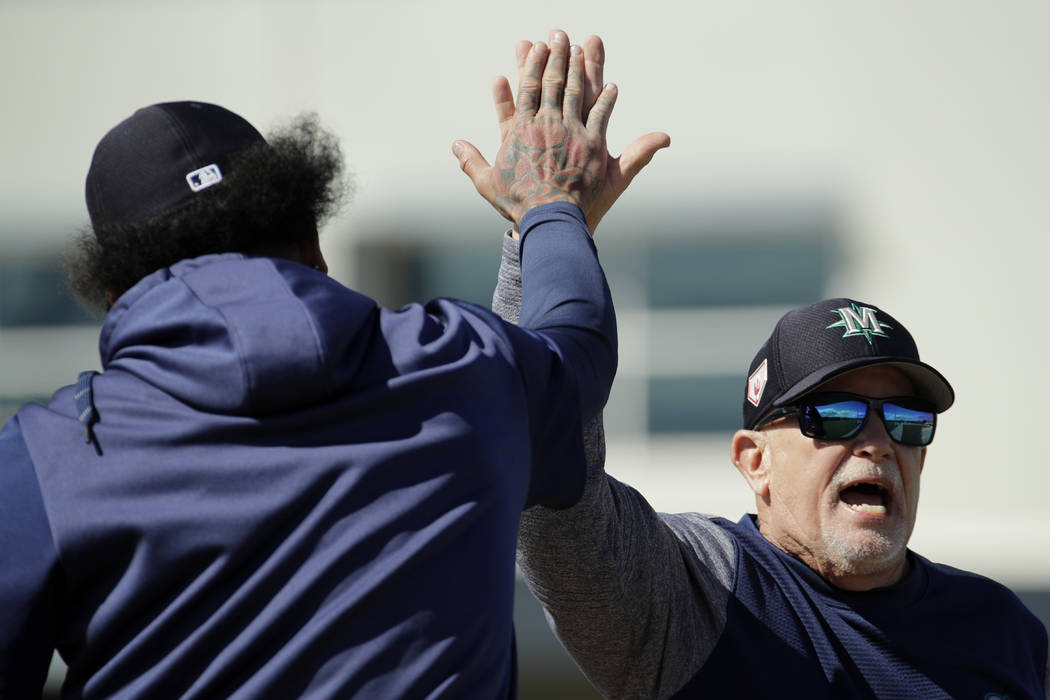 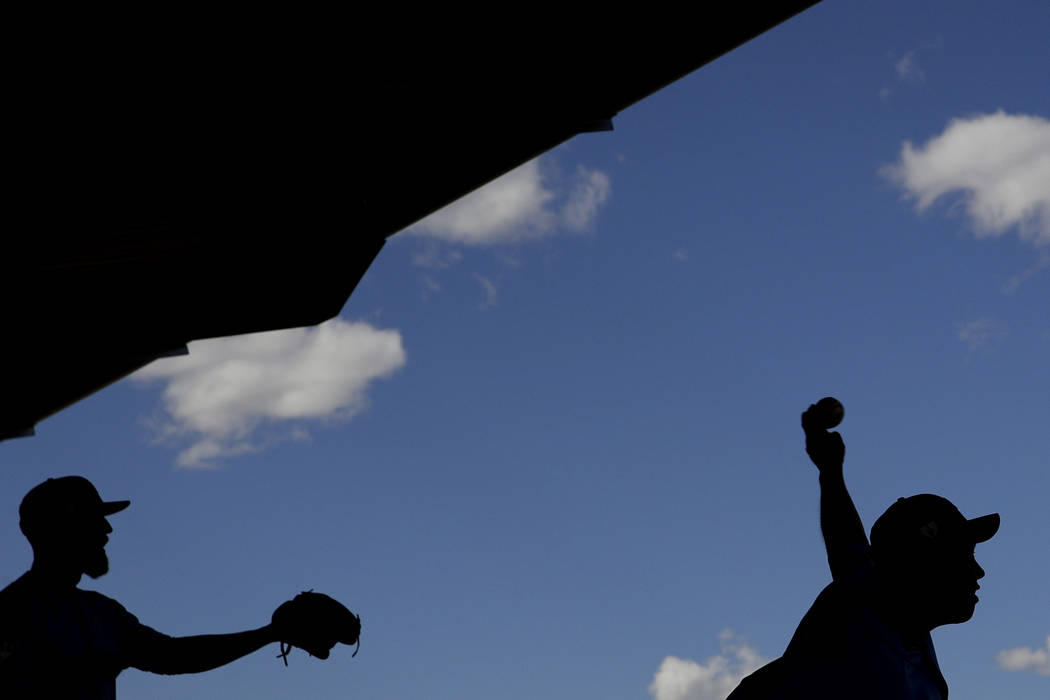 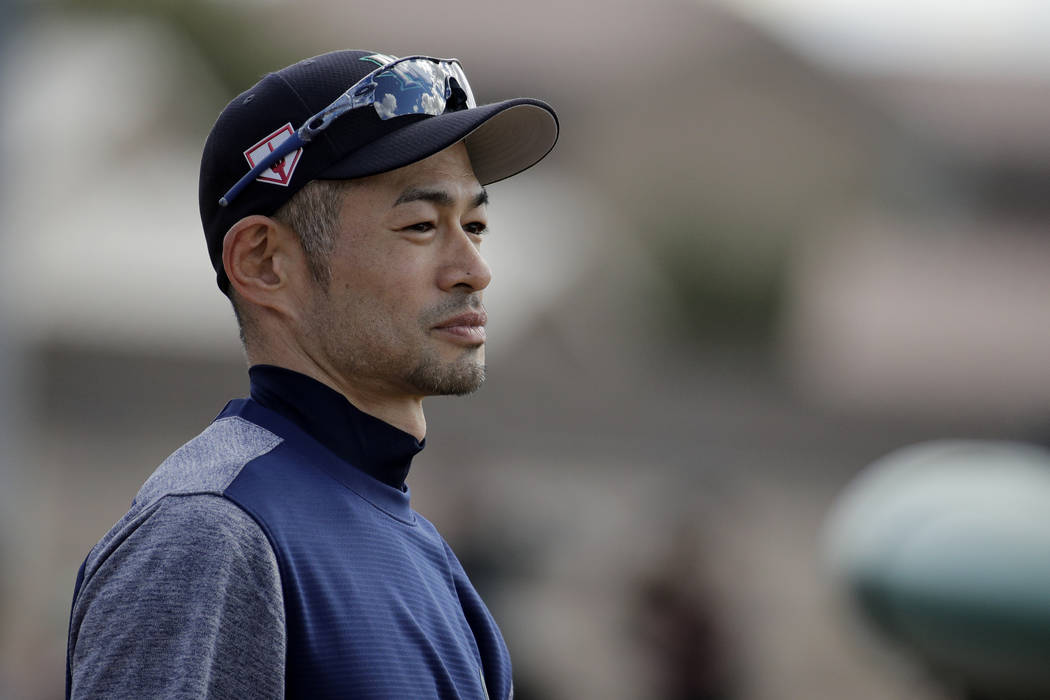 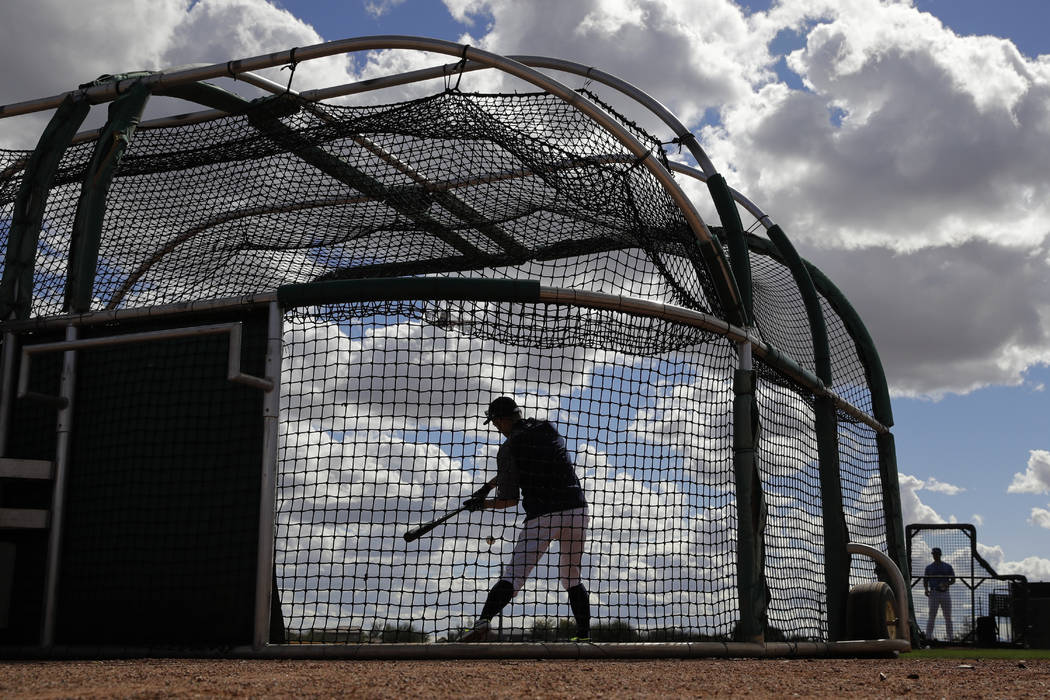 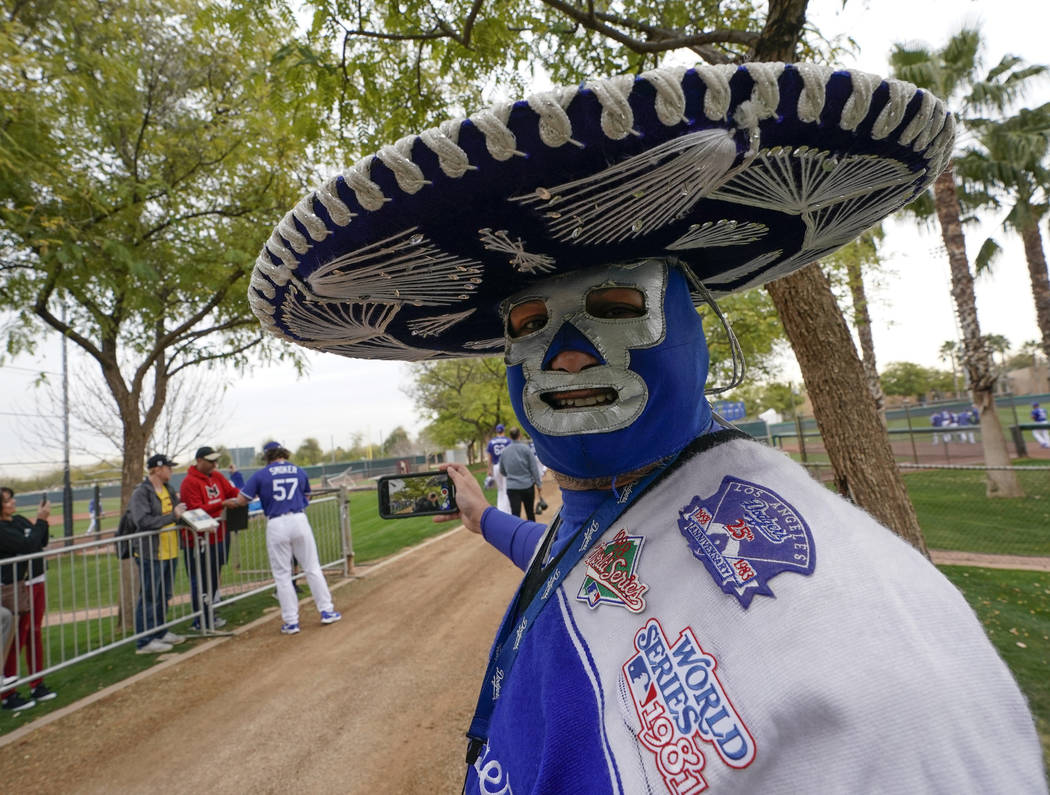 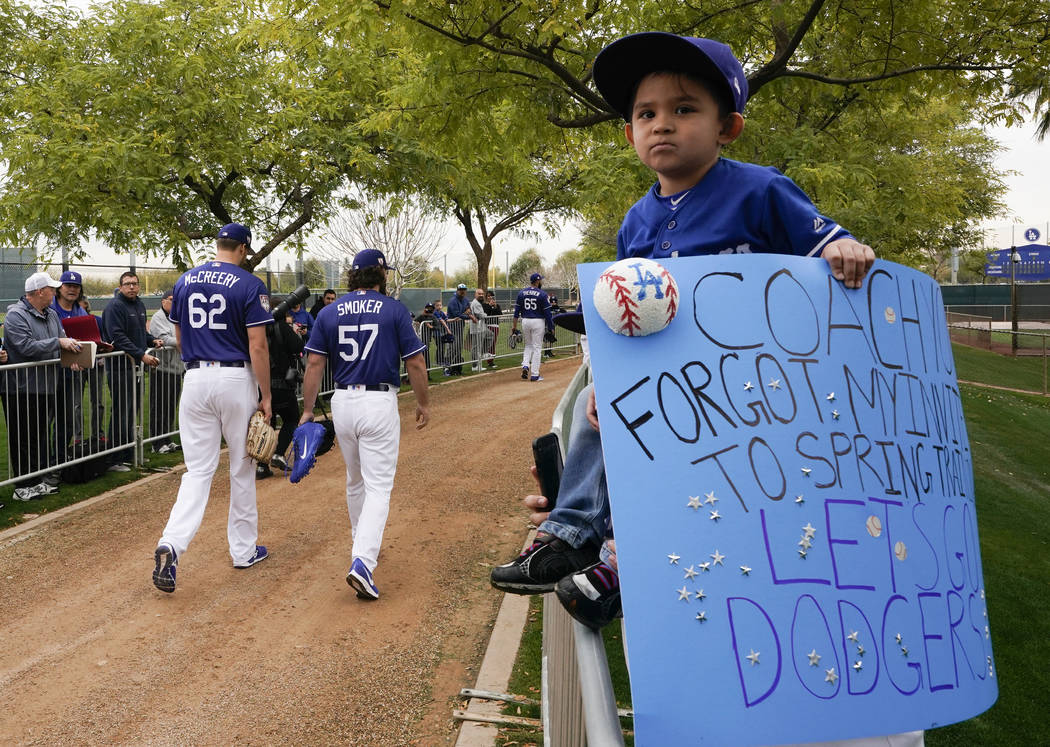 About five hours south on U.S. Highway 93, there’s a buffet of baseball for almost five weeks from late February through March. Fifteen MLB teams play in 10 stadiums around the metropolitan Phoenix area to get ready for the regular season.

It’s called the Cactus League, and it’s been around since 1947, when the New York (now San Francisco) Giants and the Cleveland Indians started training in Arizona. For most teams, these exhibition games set the tone for the regular season.

It’s not so serious for baseball fans, who have a ton of viewing options. In fact, there are many days on the schedule when an intrepid fan can catch two — or maybe three? — games in one day.

So how do you separate the best from the worst in Arizona spring training? Where do you go when the game is over? And what if you get your fill of baseball?

Let someone who grew up in the Phoenix area give you a few strategies for navigating the Cactus League. After making it back every March for 25 years, there’s a method to the madness of enjoying preseason baseball and the Phoenix area.

Sloan Park, Mesa: The spring home of the Chicago Cubs opened in 2014 and took the Cactus League experience to another level. You will swear during some games that you are in Chicago’s Wrigley Field — but with better amenities. Most seats are shaded during the majority of the games. The food selection is tops in Phoenix spring parks. And there are important touches all around — such as the replica Wrigley Field sign and a special room for Cubs alumni to sign autographs — that show the Cubs connect with their migrating fans.

Salt River Fields at Talking Stick, Scottsdale: If Sloan Park is Cactus League gold, then Salt River Fields wins the silver medal. This ballpark has it all — great sightlines (though some sections can get toasty), fantastic food options inside and outside of the ballpark and four souvenir stores. The spring home of the Arizona Diamondbacks and Colorado Rockies has a better atmosphere during night games, when it has the buzz of a major league ballpark. The dining options range from unique food trucks outside the gates to specialty hot dogs and chocolate-covered strawberries inside.

Scottsdale Stadium: The spring home of the Giants is the second-oldest ballpark in the Cactus League (1992), but the team has made the most of cramped quarters in downtown Scottsdale. There’s the outfield grass seating, which can be among the rowdiest in baseball, the food bazaar behind the left-field seats and one of the biggest fan shops in spring training on the right-field side. The club also hosts wine tastings, and Northern California breweries test new lagers on the taps. And once this spring’s games end, this ballpark will get its first major makeover, including more shade and seats.

The outfield at Diablo Stadium: The Los Angeles Angels still put a premium on grass seating, which wraps around the foul poles and spreads through the outfield berms. Cheap general admission grass seats usually are available for weekday games, so bring a blanket, lather on lots of sunscreen and watch for frequent foul balls and home runs.

The high reserved seats remain affordable — and they’re not that far from the field.

Upper deck at Peoria Stadium: The spring home of the San Diego Padres and the Seattle Mariners is the most family-friendly stadium in the Cactus League. The high reserved seats remain affordable — and they’re not that far from the field. A renovation three years ago added shade around the top deck, making it more comfortable. Plus, the beer selection is the best among Cactus League parks.

Up close at Goodyear Ballpark: Because of the long drive to Goodyear in the West Valley and a lack of visiting fans for the Cincinnati Reds and Cleveland Indians, it’s not hard to get front-row seats for cheap for most games. How cheap? Pay about $25 for midweek games and get ready to hear every conversation between the batter and umpire.

Downtown Scottsdale: Whether you’re walking out of Scottsdale Stadium or driving from another ballpark, Scottsdale’s 2-mile mecca of food and drink will leave you with too many options. You can start before the game at The Breakfast Club or Morning Squeeze, enjoy happy hour at RnR Gastropub or Salty Senorita, and dine at Cold Beer and Cheeseburgers or Culinary Dropout. If you have a minute, take a walking detour to Old Town Scottsdale for some of the priciest jewelry stores in the West.

Westgate, Glendale: After a game in West Valley, get refreshed in this drinking and dining plaza built for two other sports arenas, the adjacent Gila River Arena and the University of Phoenix Stadium. The options range from standbys such as Chipotle and Buffalo Wild Wings to the upscale Saddle Ranch Chop House.

Mill Avenue, Tempe: The emphasis is on drinking in this 1-mile stretch adjacent to Arizona State University and just down the street from Tempe Town Lake. Start with a mimosa at NCounter and meander to the Mellow Mushroom for a slice of pizza with stops at the Funky Monk and Gringo-Star Street Bar. Then wander into the Hippie Gypsy for incense or Cactus Sports for a souvenir T-shirt.

Kierland Commons/Scottsdale Quarter: These north Scottsdale enclaves, which are linked by a pedestrian walkway across Scottsdale Road, are known for the most elite shopping in the Phoenix area. Kierland has an eclectic mix of stores that range from a Tesla dealer to Sur La Table. The Quarter might be even more unique, featuring two wine-tasting rooms and a French bakery near an Apple store. Just leave enough time to visit both venues.

Scottsdale Fashion Square: Who says malls are dead? Nine miles south of the Quarter, one of the valley’s oldest malls has evolved into one of the state’s nicest retail experiences. The Square has grown as if it were on steroids the past two decades, sprawling across nearby Camelback Road and Goldwater Boulevard. It features one of the biggest Nordstrom stores outside of Seattle and a Neiman Marcus. If you like Fashion Show mall in Las Vegas, you’ll feel right at home.

Hiking at South Mountain: The area is part of the largest municipal park in the U.S. The wide, groomed trails lead to the top of the lookout point, which is 1,000 feet over the valley, providing a spectacular sight. It’s a great — and cooler — way to spend a morning before a game while catching a breathtaking view.

Sedona/Oak Creek Canyon: If you want a daylong break from baseball, take a two-hour drive north to see one of the awe-inspiring sights in the West. Once you see Bell Rock to Cathedral Rock, you won’t want to leave. It’s tempting to dip your toes in Oak Creek, but the water will be cold this time of year. Before you drive south, be sure to notice how red the canyon appears — and stick around for a memorable sunset.

Plentiful golf courses: If you brought your clubs, then you’ll have lots of options. While the Las Vegas area has about 40 courses, the greater Phoenix area has more than 150 with at least nine holes. Try your luck at a PGA Tour stop such as the TPC Scottsdale stadium course, or try a challenging links course such as the Raven. No golf trip is complete without playing Troon North, known as the area’s best 18 holes, located in the Pinnacle Peak area north of Scottsdale.

The traffic: This is the 12th-largest metropolitan market in the country, and like Las Vegas, which is 29th, this area keeps growing — as does the traffic. Give yourself lots of time no matter where you’re staying.

Get your sunscreen: Camelback Stadium in Glendale, which hosts the Los Angeles Dodgers and Chicago White Sox, was built facing the west (as were a few others), and that means fans are constantly in sunlight during afternoon games — and it can get warmer in late March. Legend has it that Salt River Fields has the same blueprint but was built facing the northeast, making it fan-friendly.

Lock your car in Maryvale: The Milwaukee Brewers play in Maryvale Stadium, in an older suburb on the west side of Phoenix. The stadium was built to help the area rebound, but there’s still lots of sketchy streets near the ballpark, which has kept the impressive facility from attracting fans.